A father-of-two was locked up for eight months awaiting trial for rape because police didn’t disclose text messages that proved his innocence.

Robert Adlington said his life was destroyed by the false allegations and he lost his landscaping business, house, and reputation while behind bars.

He described the ordeal as ‘torturous’ as he was locked up with convicted murderers and other violent criminals and almost committed suicide.

Robert Adlington, 53, was locked up in Nottingham Prison (pictured) for eight months awaiting trial for rape because police didn’t disclose text messages that proved his innocence

The 53-year-old repeated pleaded with officers to check his accuser’s phone as the racy texts would prove their liaisons were consensual.

‘Oh darling, that was one of the most wonderful experiences of my life. Let’s do it again – only harder,’ one read, according to the Express.

Mr Adlington said despite his life being ruined while he faced decades in jail because of a failure by police, no one ever apologised to him.

‘I now need to try and rebuild my life but I feel I have lost almost everything and nobody has even had the decency to say sorry,’ he said.

‘It has cost me everything my home, my business, my good name, everything… Surely a ‘sorry’ is the least I deserve for having my life destroyed?’

Police and prosecutors charged him with a series of crimes, he believes to keep him locked up while they built their case.

Mr Adlington was first arrested last May and charged with arson with intent to endanger life over a car set on fire near his home.

His accuser’s lover told police he was sleeping in the car and awoke to find it on fire, in what Mr Adlington believes was a conspiracy to frame him.

Instead of being granted bail as expected, a Derby magistrate remanded him in custody after prosecutors argued he was a ‘serious danger’.

He was sent to Nottingham prison while the Crown Prosecution Service shuffled around the charges against him.

Then in August the threats to kill charges were dropped and a charge of harassment added, until October when three counts of rape were introduced. 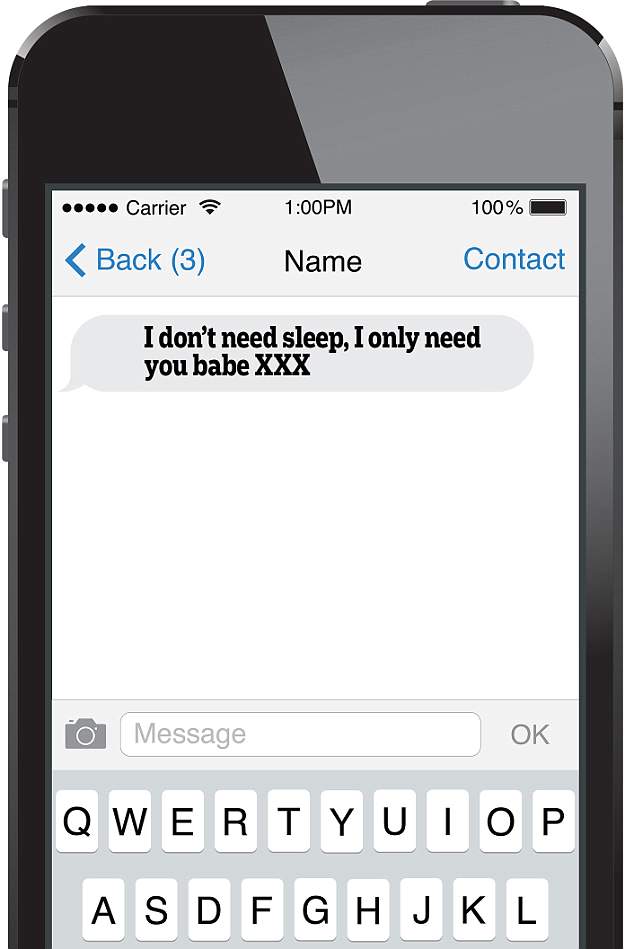 At every appearance Mr Adlington pleaded not guilty but each time he was denied bail and sent back to prison.

It took until January 11 for his lawyers to finally receive the text messages from police which led to the case being thrown out by a judge on the first day of his trial.

‘I could have been looking at spending 30 years inside a cell if those messages had not finally been disclosed,’ Mr Adlington said.

‘I knew I was innocent but nobody else did until those messages finally arrived and proved what I had been telling the police from day one.’

Prosecutors said they dropped the case five days after getting the text messages from the police ‘at the request of the CPS after receiving a defence statement’.

‘We are content that we complied with our disclosure obligations in this case and that the prosecution was promptly discontinued after we received new material and concluded the evidential test was no longer met,’ the CPS said.