A tourist drowned in front of his partner and two children on a family holiday after he tried to retrieve an inflatable that had drifted out to sea.

Tragic James Smith, 37, who has multiple sclerosis, was pulled from the sea at a coastal beauty spot on the Scottish island of Eriskay.

The father and former shop worker had waded in while playing with his children  Jack, 13, and Ruby, six.

The water was up to his waist, but he was spotted getting into difficulty and his partner Gina ran to flag down a passing car for help as there was no mobile phone signal, and get a lift to a nearby house to raise the alarm.

Mr Smith, from Chester, Cheshire, was dragged from the water and given CPR for 90 minutes, but he was pronounced dead at the scene.

The tragedy unfolded on August 20 and the family were staying at a holiday cottage on the island in the Outer Hebrides in northern Scotland for a two-week break.

Grief-stricken Gina, who had been her husband’s carer for years, paid tribute to him, telling Hebrides News: ‘James meant everything to me.

‘He was my best friend and a fantastic father to the kids.’

Mr Smith’s heartbroken sister-in-law Siobhan Cartledge told CheshireLive that Gina was ‘in bits’ and they had rarely spent days apart in the 15 years they had been together.

She said: ‘If he could help you out he would do anything for anyone. 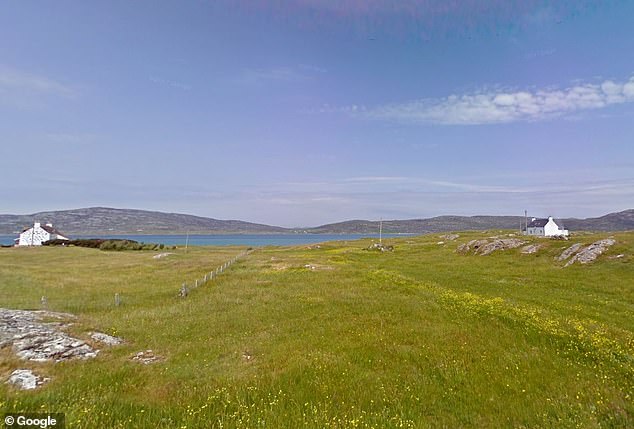 The father and former shop worker had waded into the water at Bun A Mhullin on Eriskay while playing with his children Jack, 13, and Ruby, six 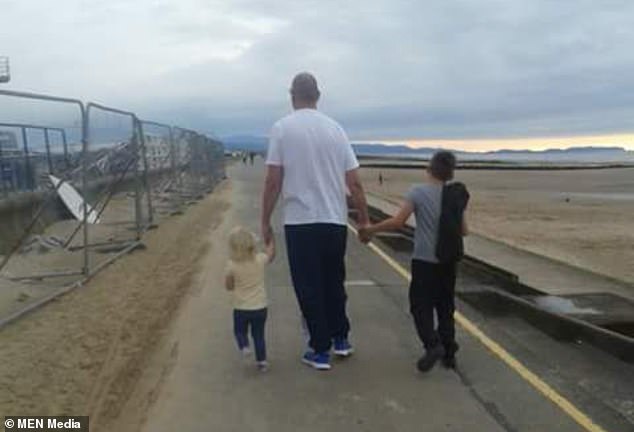 ‘He would not let it (MS) hold him back. He did what he could. My sister dragged him out at times when he didn’t want to because it was better for him.’

She said it is not believed that his condition played a part in the incident. The family are awaiting the results of a post-mortem.

Gina, her children and her parents are staying on the island.

Islanders have rallied round the family following the tragedy, bringing them food and donating to a fundraising appeal.

Former shop worker Mr Smith was diagnosed with MS in his 20s.

Mr Smith’s mother-in-law, Jayne Cartledge, said he had gone after an inflatable that had drifted a short distance from the beach.

She added: ‘He is six-foot, four (inches) tall and the water was only up to his waist.’

There was no mobile phone signal in the small bay, so Gina ran over rough ground to a road and got a lift from passing visitors to a nearby house to dial 999, Hebrides News reported.

One of the visitors was a nurse, who ran down to the beach and performed CPR on Mr Smith.

An ambulance, doctor and three coastguard teams raced to the scene.

Everton fan Mr Smith was unable to obtain life or travel insurance because he had MS.

Residents of Eriskay have set up a GoFundMe page to cover the costs of transporting Mr Smith’s body home and his funeral.

Mr Smith’s in-laws have praised and thanked locals, who don’t know the family, for their support.

Siobhan said: ‘One of the residents set up the fundraiser. They have been great and have even been taking food round.’

She wrote: ‘While enjoying a family holiday, James Smith,37, tragically passed away August 20th in Bun A Mhullin, Eriskay while playing with his children in the sea.

‘He was an amazing partner and great friend to Gina.

‘Their wonderful children Jack, 13 and Ruby, 6 always made him proud.

‘Gina and James were together for 15 years and despite suffering with MS, he always put his family first.

‘He loved football and was a lifelong Everton supporter. He was a wonderful family man that was loved by all.’