A dad-of-two was knocked to the ground by police in Columbus, Ohio after he appeared to ignore orders from an officer to ‘back up’ during an incident in the street.

Jonathan Robinson, 25, refused to move and could be seen arguing with officer Carl Harmon. The cop had stopped a woman carrying Robinson’s two children, moments before.

In the video Harmon shouts at Robinson to ‘get back!’ after Robinson followed the woman, later identified to be his wife, crossing the road.

Jonathan Robinson, 25, ignored a police officer’s request to back up 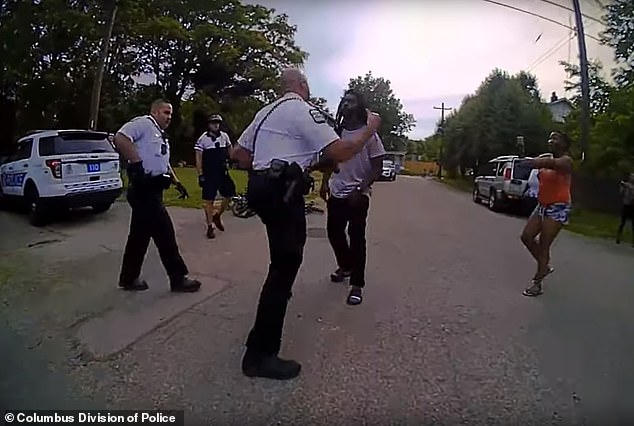 The incident was all captured on police bodycam footage in Columbus, Ohio

‘Get back!’ the officer yells.

‘Or what?’ Robinson replies.

‘Get back!’ Harmon shouts again.

‘Or what?’ Robinson demands once more.

After being told for a second time, a second officer, Anthony L. Johnson, came toward Robinson holding a shotgun.

He too instructs Robinson to back away, but after he refuses, the officer pushed him back with his hand.

‘Get the f*** off me!’ Robinson yells back in response. 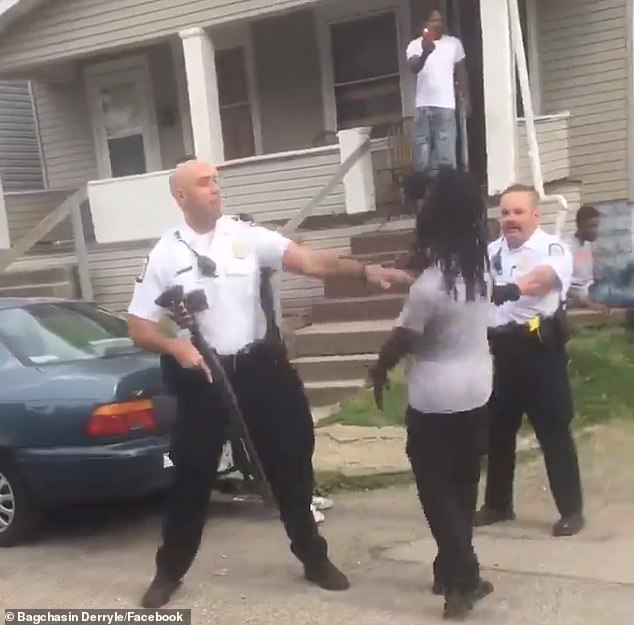 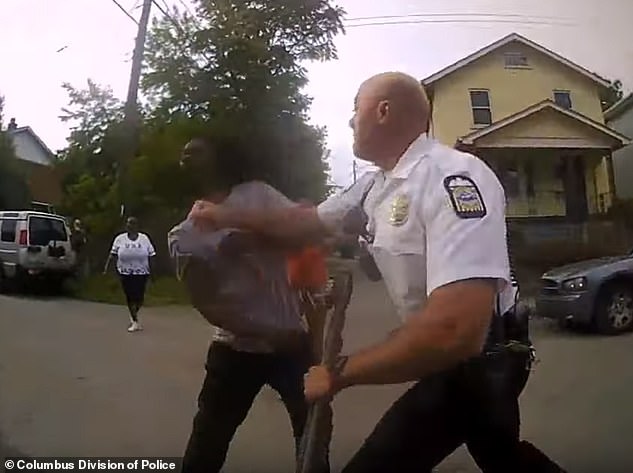 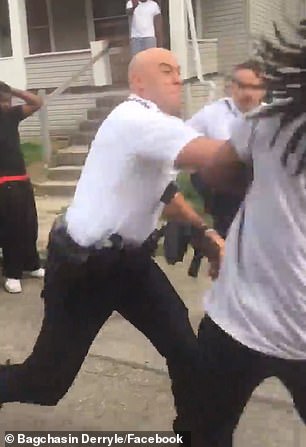 The officer, Anthony Johnson, has drawn criticism for his actions towards Robinson

Johnson then punches Robinson with a closed fist on the left side of his face.

Robinson was then thrown to the ground and subsequently arrested.

Bodycam footage captured the entire incident from several angles and is now being investigated.

Over the weekend, cellphone video of the incident went viral across social media, with some people criticizing Officer Johnson’s use of force.

Columbus police released almost an hour of video footage on Monday in connection with the incident.

Speaking to the Columbus Dispatch, Police Chief Thomas Quinlan said while the video can appear shocking, the officer was protecting bystanders in a situation where guns were drawn. 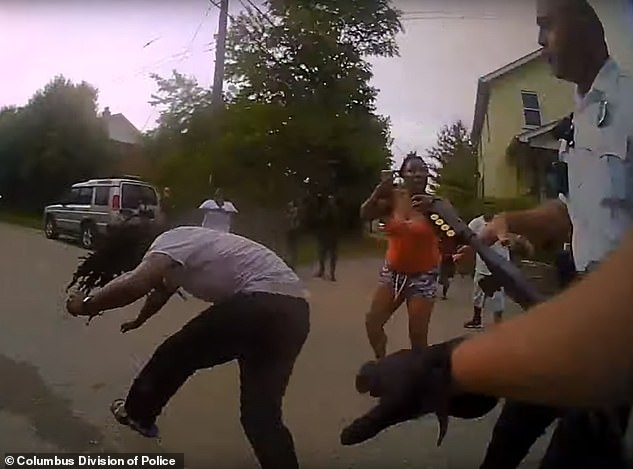 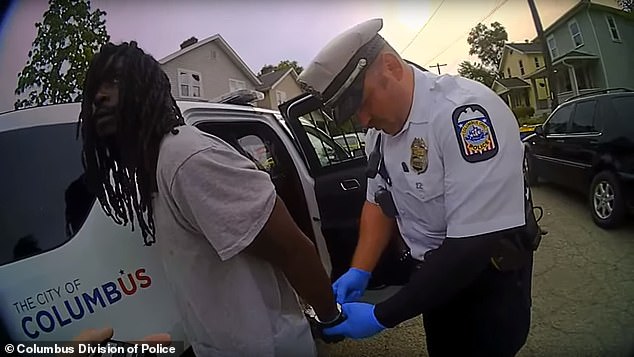