The father of a teenage boy who died of cancer in 2007 has revealed how Kobe Bryant granted his son a dying wish by meeting him in Los Angeles and gifting him an NBA jersey.

Billy Thorington said his son Cody was buried with the Lakers souvenir which Bryant had given him.

Speaking to WHO-TV after Bryant’s death in a helicopter crash on Sunday, the father hailed the NBA legend as an ‘amazing person on and off the court’.

The Make-a-Wish foundation, which organized the visit, says Bryant granted more than 200 children the chance to meet their hero over the years. 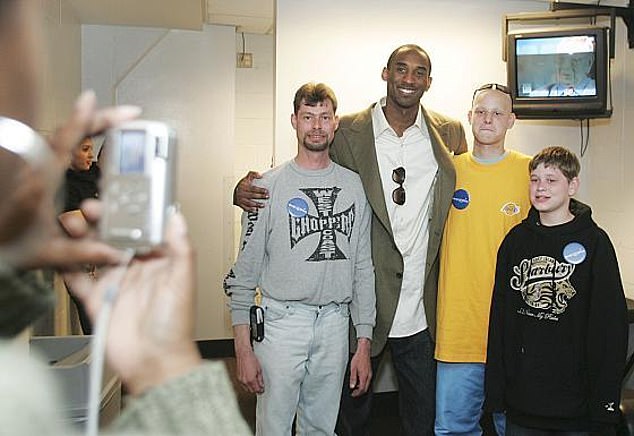 Billy Thorington, the father, said his son Cody had hoped to play basketball himself before he was diagnosed with an incurable form of cancer at the age of 13.

Thorington arranged for Cody to meet his hero in Los Angeles where the family watched Bryant score 23 points in a Lakers game and posed for pictures with the basketball star.

‘It was amazing. It was really amazing for Cody,’ Thorington recalled, saying Bryant had been ‘friendly, it was like he knew us’.

‘I was really happy to see my kid being that happy. It was like one of his dreams come true,’ the father said.

‘Kobe gave him his jersey that he wore that night. I folded it up and put it in his casket so it’s with him.’

The Make-a-Wish foundation this week hailed Bryant for the ‘inspiration he imparted on his bravest, most fragile fans’.

‘Kobe granted more than 200 wishes, giving each child hope for a brighter future.’ 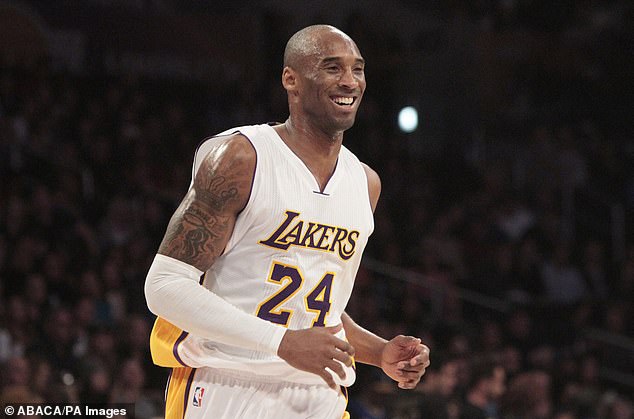 Kobe Bryant (pictured playing for the Lakers in 2015) granted more than 200 children the chance to meet their hero, the Make-a-Wish foundation says

Other parents and children recalled how Bryant had been ‘welcoming’ and ‘loving and caring’ when he met the youngsters who had wished for a meeting with him.

Bryant said in 2016 that he hoped his efforts with children and their families would ‘live well beyond the game of basketball’.

‘Basketball is something that will come and eventually go, the beauty in that is trying to use that time to inspire others and provide some sort of escape for them,’ he said.

Bryant, his 13-year-old daughter Gianna and seven others died when their helicopter crashed in California on Sunday.

The death of the 18-time NBA all-star sparked an outpouring of tributes from the worlds of sport, politics and entertainment.

The cause of the helicopter crash remains under investigation, but the aircraft had been flying through thick fog before it slammed into a hillside.