‘Don’t get too attached yet’ doctors warned Jay Argaet as he stared in awe at his ‘son’ lighting up the big screen of the hospital’s surgical suite.

But it was too late because as soon as the doting father, 36, saw the microscopic cells of the ‘healthy’ embryo he felt as if he had met his little boy for the first time.

The artist from Sydney told FEMAIL he felt an ‘overwhelming sense of peace wash over him’, rinsing away three years of stress at not being able to start a family.

Brooklynne, 35, and Jay Argaet, 36, have revealed how they conceived after ‘scary’ journey with IVF 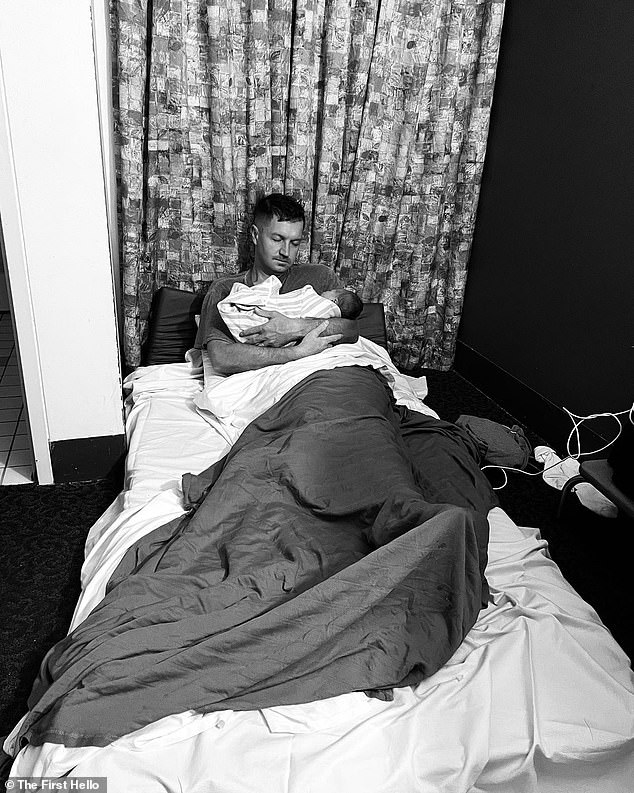 Jay, pictured here hugging his son Lohia, said three years of doubts washed away when he saw the embryo which would become his son

‘It was an almost audible sensation, it’s like I heard a voice say “this is your son” and I never wavered from that belief from that point on,’ he said.

The moment couldn’t have been more different for his wife Brooklynne.

The 35-year-old speech pathologist watched as her husband was transformed by hope while she was consumed by fear.

‘I have never been so terrified in my entire life than I was in that moment,’ she said.

After the procedure, where the embryo was implanted in her uterus, she shut herself away in the hospital bathroom and cried.

‘The first few days I cried a lot,’ she said. 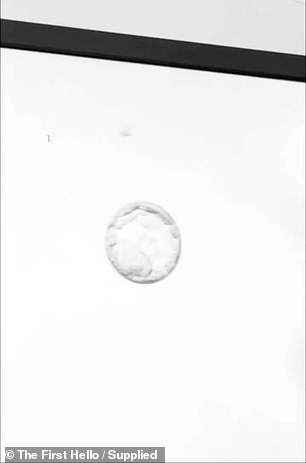 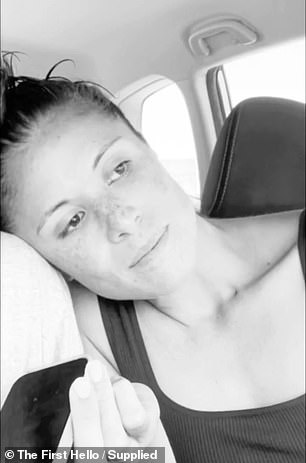 ‘Jay’s hope scared me so much because I knew the more attached we got the more painful it would be if things didn’t work out.’ 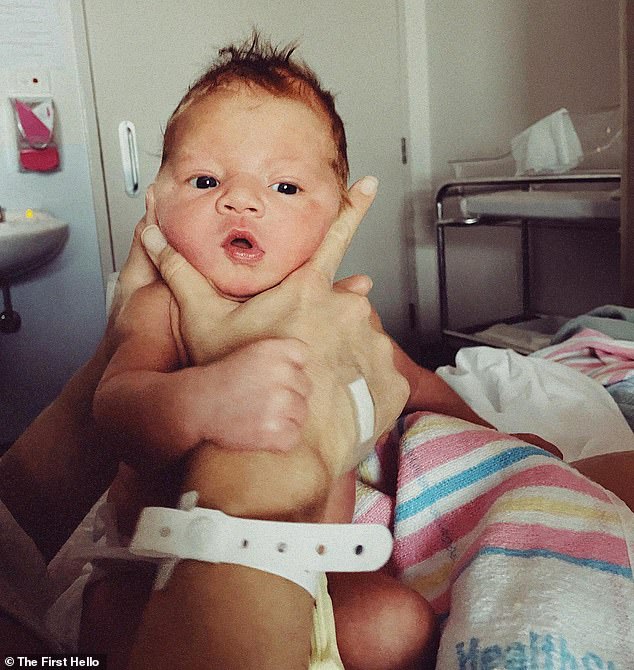 ‘There was a lot of beauty in it though, seeing him so positive saying “nah, this is it” and believing it.’

Doctors repeated the words: ‘Don’t get too attached, it might not attach.’

But nothing they said could change Jay’s mind, he was so sure he would soon have a little boy of his own that he went out and bought a tiny pair of Nikes.

‘I remember whispering to him in those early days, speaking into Brooklynne’s tummy, and asking him to find a cosy place and stay,’ he  said.

The only shred of doubt came during the couple’s 18-week scan.

‘They went past the torso and I couldn’t see the penis and I was so confused, I asked if it was a girl,’ Jay said.

‘They said no, it’s a boy and showed me the other way around and once again I had this overwhelming feeling come over me.

‘I knew he was my son and that he was going to be my best friend.’

And it appears his intuition was spot on. The couple welcomed their son Lohia into the world on August 9. 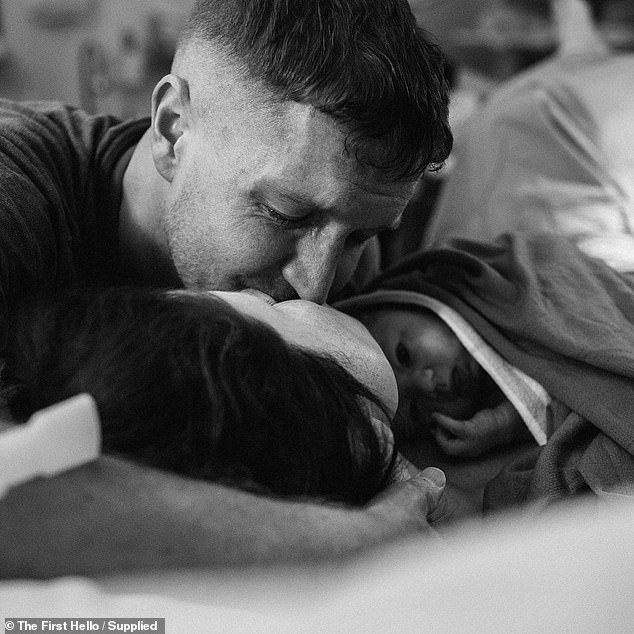 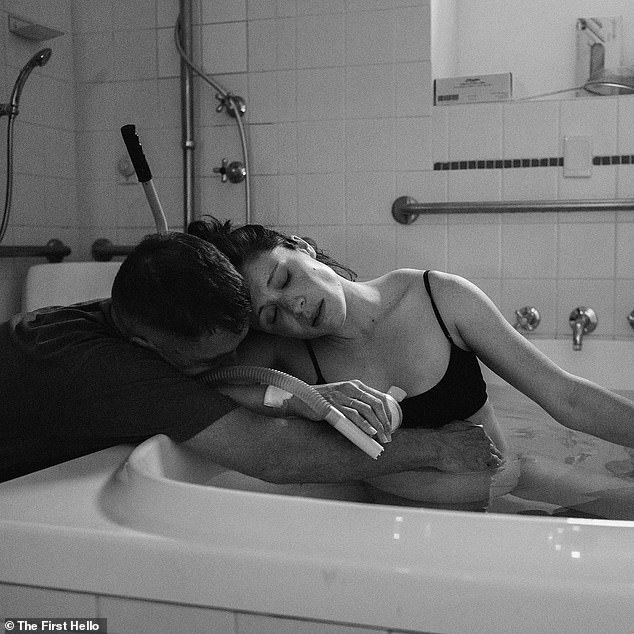 Lohia was born on August nine, close to his parents’ seven-year-anniversary. They said they would have started for a family earlier if they had known how long it would take

They describe him as a ‘healthy and happy little boy’ and named him after Brooklynne’s father, a moniker that means ‘chief’ and reflects their pride in finally welcoming a child into the world.

When the couple first started trying for a baby three years ago they imagined their first child would be conceived during a passionate moment and revealed by a missed period.

But as time stretched on and Brooklynne continued to bleed every month things became robotic.

It became more about ‘timing’ and moving through the motions than pleasing one another or enjoying each other’s company.

‘Some months I was so scared to tell him it had come, especially if it was a day or two late,’ Brooklynne said. 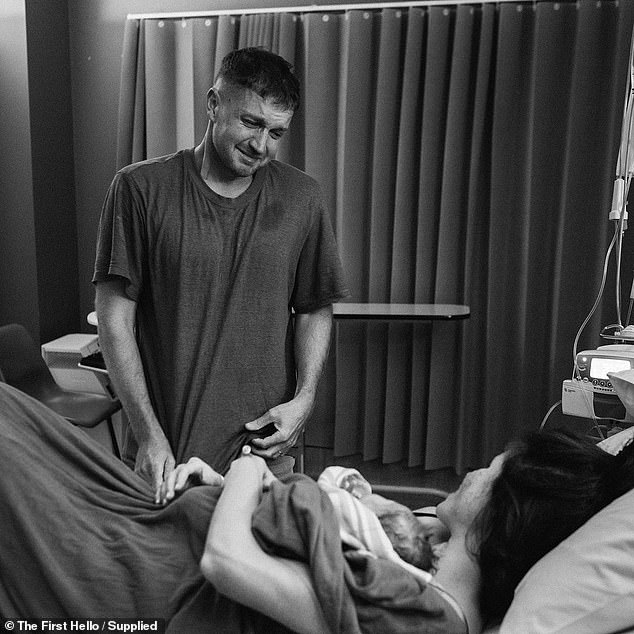 After 12 months they decided to go to doctors for tests and advice.

They had never known anyone to go through fertility issues and felt alone.

Every month they weren’t pregnant weighed on them, compounded by test results, which revealed there were no obvious reason they hadn’t conceived.

‘It really changes they way you see these things,’ Jay said.

‘I remember the first time we had sex with the intention of having a baby we were so nervous, if we knew what it would take we would have started earlier.’

As time went on they told their immediate family they were trying to conceive. 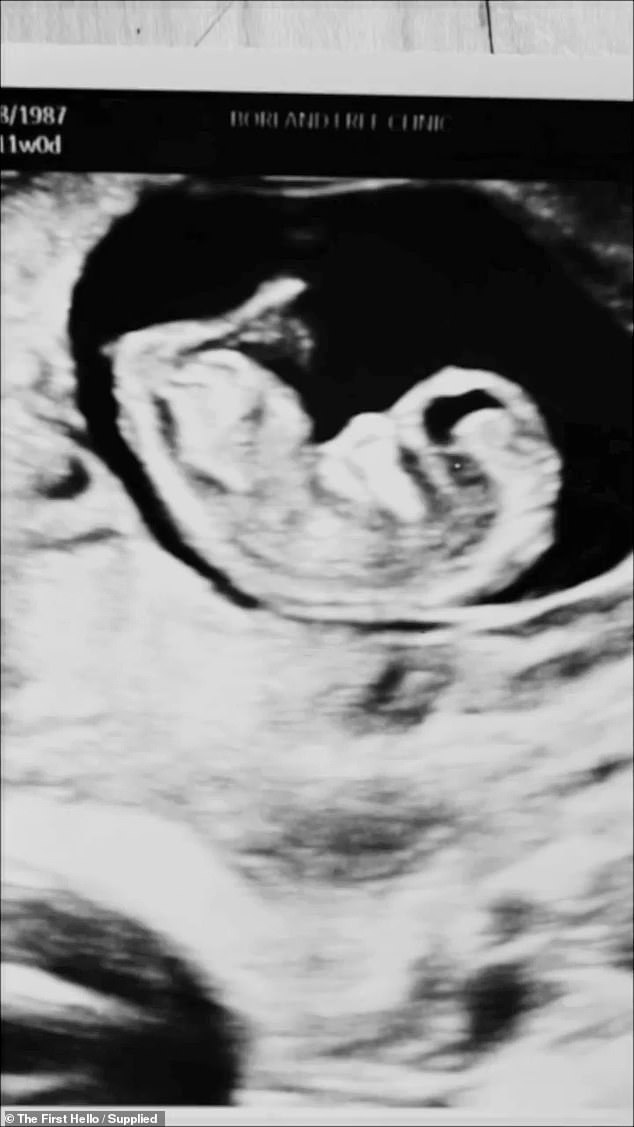 ‘It got scarier the more people we told because instead of hoping on our own we were hoping in front of people,’ Brooklynne said.

‘By the time it came to doing IVF we had a whole team of people watching to see if it was going to happen.

The couple were terrified at the idea of starting IVF.

‘We had never known anyone to try it, it was uncharted territory and we felt so alone,’ Jay said.

Their anxiety intensified after the first round was ‘cancelled’ half-way. 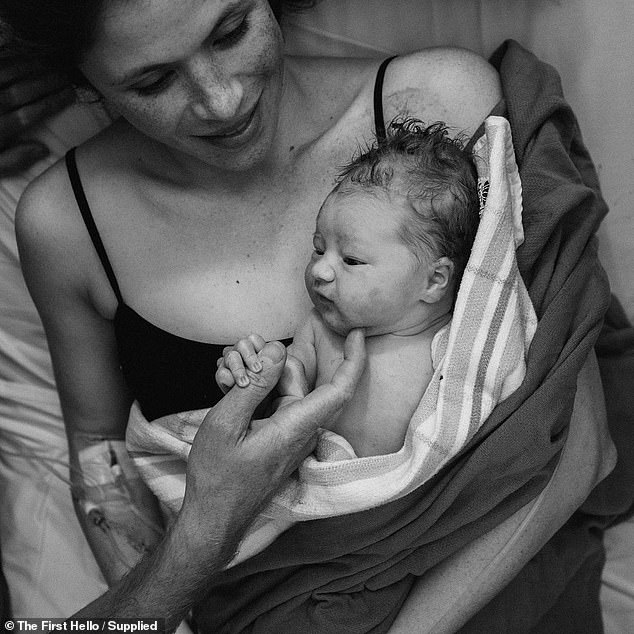 ‘I wasn’t developing enough follicles, so I had to go through with all of the injections but knew they wouldn’t be harvesting anything at the end,’ Brooklynne said.

By the end of the first round she had three ‘good eggs’ and was heartbroken to see them go to waste.

‘It was like, I have these three perfect eggs and I have to let them go.’

She describes the hormonal rollercoaster of IVF as wild and was relieved when she came out with two good embryos after the first full cycle.

The extra embryo is ‘in the freezer’ and the couple hope to have three children in total so will continue to try to conceive naturally as well. 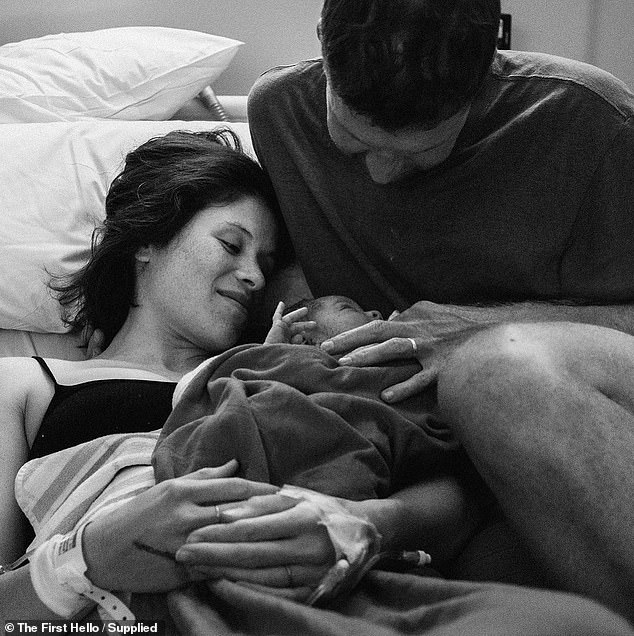 ‘Because there was no reason for our infertility we might be able to do that,’ they explained.

The couple found the IVF Australia team ‘amazing’ and said they helped to ease them through the process.

They opened up about their journey once Lohia was born and were shocked when so many of their friends and family shared their own stories in turn.

‘Some people have told us they have been trying for years and done 13 rounds of IVF,’ Jay said.

‘It’s wild that so many people are going through this yet not talking about it.

‘If we knew how many people we knew had been effected we would have spoken up earlier for sure.

‘Just being able to have a chat with a friend going through the same thing would have been life changing,’ he said.

Broklynne said even fertility clinics, where everyone is going through the motions of trying against odds to fall pregnant, are silent. 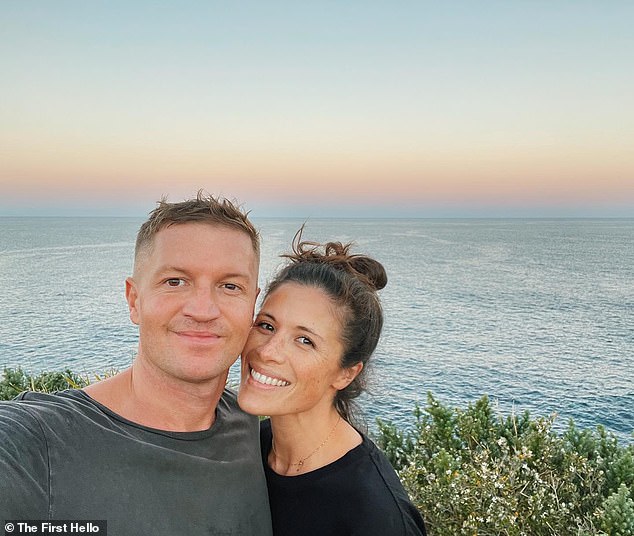 ‘The energy in the waiting room is so intense, I remember looking around at the women in there – some looked at peace and others looked exhausted.

‘It was like some of them were so discouraged and just wondering how much longer they could put their bodies through this,’ she added.

‘I have so much respect for these women. the ones who don’t give up. It is a scary process and pushing through is such a brave thing to do.’

The couple are encouraging people to talk about IVF to help destigmatise the procedure so others don’t feel so alone.