A father whose ex-partner was today jailed for 18 years for murdering their son during a custody battle has claimed the authorities dismissed his concerns and missed opportunities to prevent the killing.

Matthew Spriggs said those tasked with protecting Archie Spriggs favoured Lesley Speed, who used a cushion and a scarf to smother and strangle the seven-year-old, because she was a woman.

Jurors at Birmingham Crown Court unanimously convicted Speed yesterday after hearing how she was found with cuts to her neck, having killed Archie on the day of a family court hearing.

In a victim impact statement read to the court, Mr Spriggs said of his son’s murder: ‘The true horror that myself and my family are continuing to suffer is truly indescribable. The role of a parent is to protect their children from harm.

‘To put the child’s life and happiness above their own. I did all I could to protect my son but was denied the support I needed to do so.’ 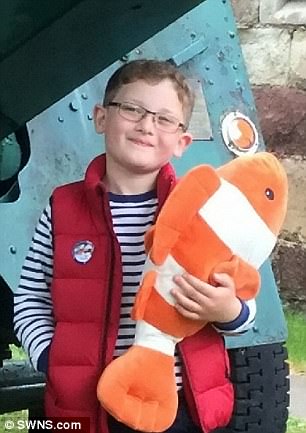 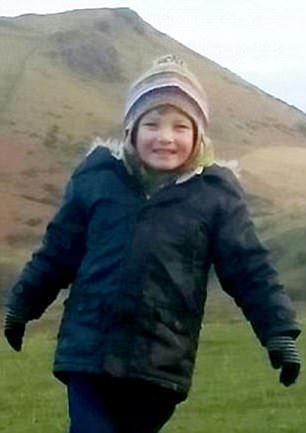 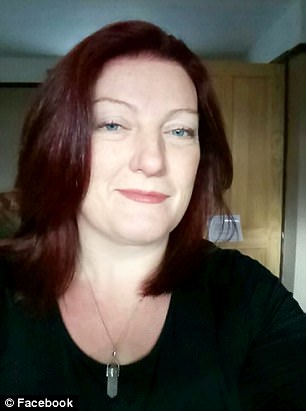 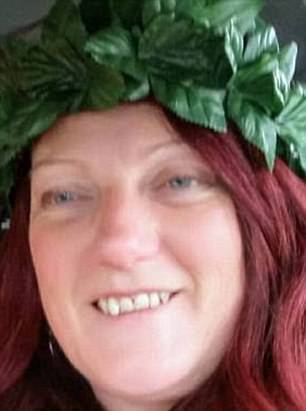 In a statement read to the court by prosecutor Sally Howes QC, Mr Spriggs said he had a truly special bond with Archie, who had an ‘awesome’ sense of humour.

Mr Spriggs’ statement continued: ‘There is something wrong with a system which allows one parent to dismiss legal proceedings without consequence and an even bigger problem when despite laws on equality, the assumption is that a mother must be ‘good’ and a father ‘bad’.

‘There were so many failures and missed opportunities to safeguard Archie but because the concerns were raised by myself – his father – they were dismissed.

‘One person committed this heinous act against an innocent little boy but others were also complicit. Archie’s death could have been avoided. He should be with me now.’ 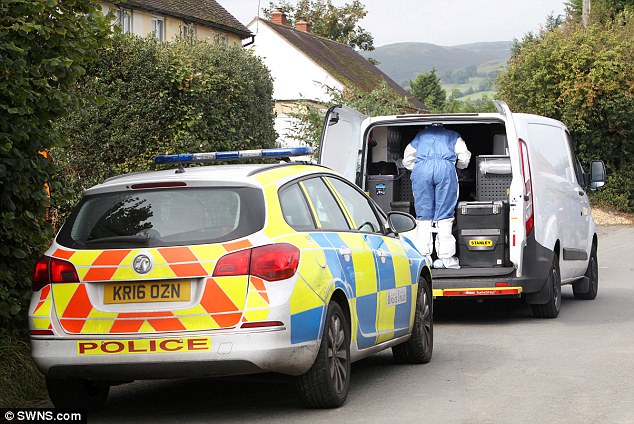 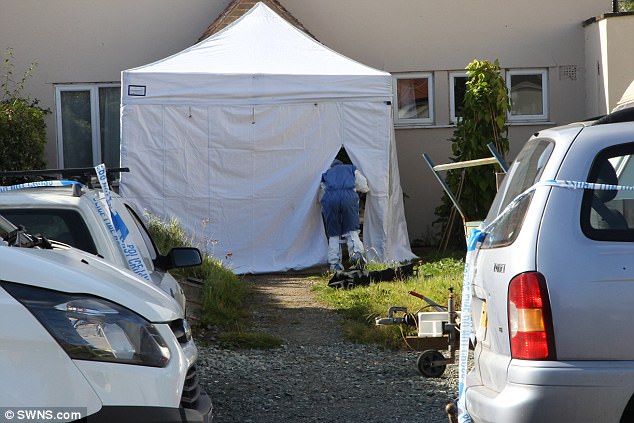 The court heard the charity worker flipped when she became worried that Mr Spriggs would take Archie to live with him and his new wife in Slovakia (pictured: Police attending the scene)

The killing had robbed Archie of his childhood and his future, said Mr Spriggs, who described his grief as unbearable. 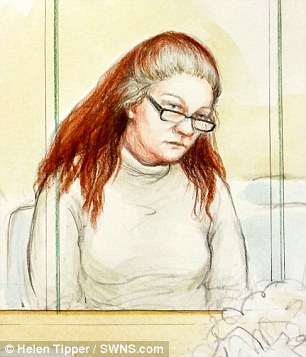 Speed, who watched and listened to the court proceedings via a videolink to HMP Foston Hall in Derbyshire, will be sentenced this afternoon.

Rachel Brand QC, defending, said Speed had suffered from a depressive illness for several years, which has led to a ‘distorted and negative’ pattern of thinking.

Speed strangled Archie on the day she and the boy’s father were due at a family court.

She also left a series of letters, including one to Mr Spriggs saying: ‘I hope this pain lives with you until your dying breath.’

The schoolboy was found dead on his bed by Speed’s new partner Darren Jones at their home in Rushbury, Shropshire, on September 21 last year.

Mr Jones also found Speed on the bathroom floor with self-inflicted knife wounds to her neck, arms and wrists. 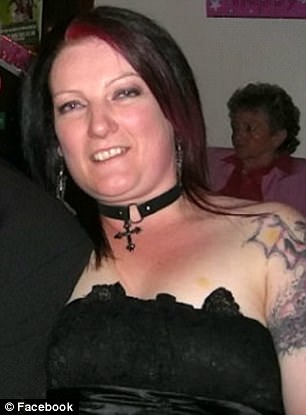 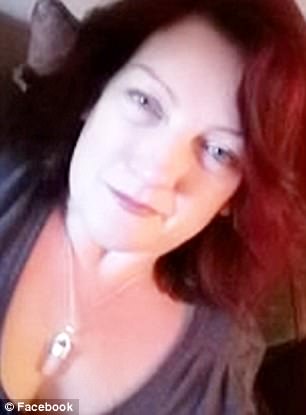 She told him at the time: ‘I killed him. I smothered him. I can’t put him through this.’

The charity shop worker believed Archie’s father wanted to take him to live in Slovakia with his new wife.

Archie had previously been subject to an Early Help Assessment – a means of identifying vulnerable children – because of the acrimonious relationship between his parents, Birmingham Crown Court heard.

Child experts from Shropshire Council assessed him but ‘did not have any particular concerns’, jurors were told.

Social services were alerted again after Speed turned up to Archie’s primary school in floods of tears on September 14 and told staff about the pending custody battle. 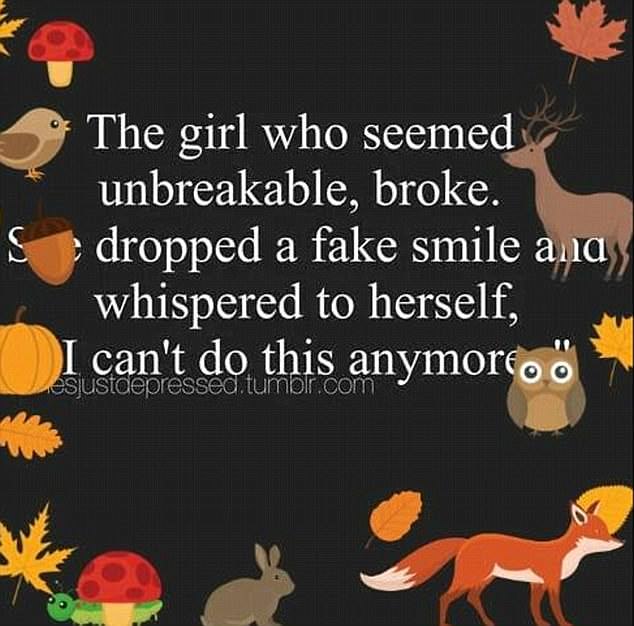 A week before her son was found dead, Speed shared this photo on Facebook about how an ‘unbreakable’ girl finally broke

Teachers at Rushbury Church of England School then called the council over her state of mind. She killed her son seven days later.

Speed had first been diagnosed with depression in 1998. She left a series of disturbing letters addressed to family members in the week before she killed Archie. 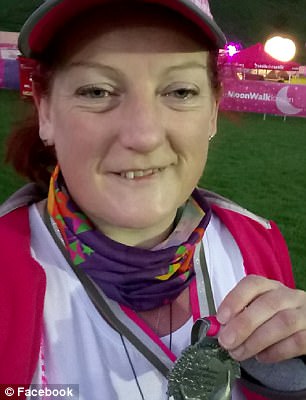 In one to Mr Spriggs, she wrote: ‘I hope this pain lives with you until your dying breath.’

And in a letter to Archie, she said: ‘I am doing the unthinkable because I feel I have no choice. I know now you will be safe from harm and filled with only love and joy in heaven.’

Sally Howes QC, prosecuting said: ‘My suggestion is that these [letters] were certainly written to get this message across – ‘I have had to do away with Archie in order to protect him, because the court is so flawed and won’t protect him’.’

Speed denied killing Archie and said he had hanged himself to avoid living with his father. Her legal team argued that if she did kill her son, it was because she suffered from ‘a substantial depressive illness’.

But a jury found her guilty of murder yesterday following a two-week trial. Speed burst into tears when the verdict was read out and shouted: ‘No, no, you’ve got it wrong. 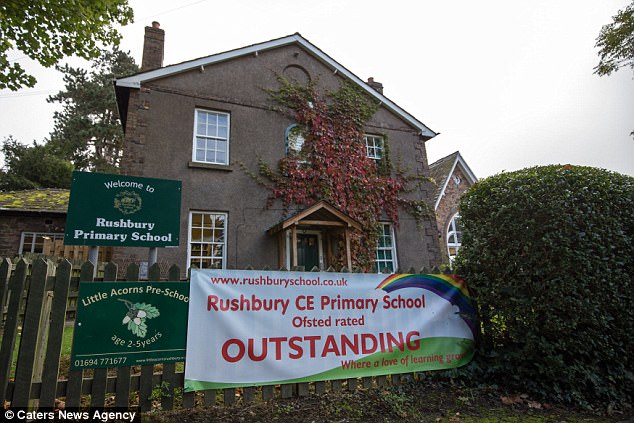 Seven-year-old Archie had been a pupil at Rushbury Primary School, close to his home

Afterwards, Archie’s father said: ‘The loss of Archie is, and continues to be, completely devastating to the whole family … you should never have to bury your own child.’

Sentencing had to be adjourned until today after Speed became too distressed to return to the court.

After yesterday’s hearing, Superintendent Jason Wells said: ‘This was a difficult and distressing investigation from the outset, as Archie’s life was taken at such a young age.

‘We have supported Archie’s family at every stage of the investigation and admire the strength and courage they have shown throughout.’