This is the sickening moment a repairman hired to fix the floors sniffs the dirty underwear of two toddler girls and stuffs it into his pocket.

Jason Cooper, of Playa Vista, was disgusted when he checked the footage of a Nest camera attached to his child’s crib and found the middle-aged repairman sniffing the underwear of his three and five year-old daughters.

Cooper said his wife thought the man was creepy but they hired him anyways to conduct repairs in their new home on Wednesday morning after they moved in.

‘I would have never imaged that somebody would do this,’ Cooper said to KTLA.

A repairman was caught on camera sniffing the underwear of two young girls on Wednesday as he was working on the floors in their room in Playa Vista, California 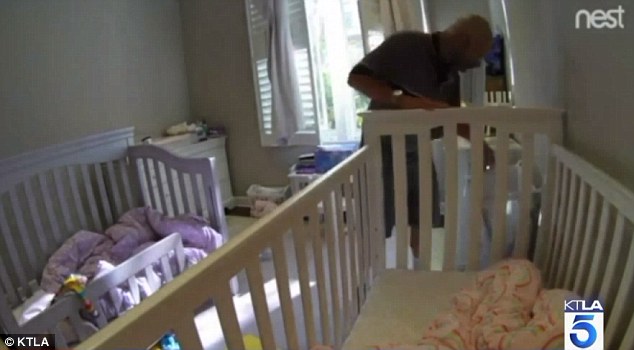 He was supposed to be fixing the floors but was filmed walking back and forth from his work to the hamper of girls, aged three and five

‘My wife thought he might have been a little bit creepy, but I didn’t catch any red flags,’ he added.

The repairman was hired to fix scratches on the floor made after the Cooper family moved into their Playa Vista home.

Cooper was in another room as the repairman pulled his sniffing stunt.

In the video the unnamed repairman is seen going back and froth between his work area to the opposite side of the room where the hamper was.

‘I saw him put his hands in their hamper, pick up some of their clothes and at one point, I saw him on the video putting something in his pocket. It looked like it was my daughter’s underwear,’ he said to ABC.

You see him turn back around, put the underwear in the hamper, and before he does that, you see what looks like he is taking one last big breath in,’ he added.

Cooper complained to the moving company and filed a police report with LAPD after seeing the footage. 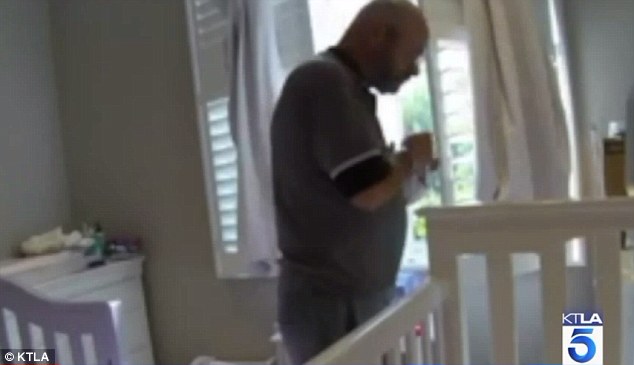 In the video he reaches into the hamper, grabs a pair of underwear, and turning his back to the camera and sniffs it 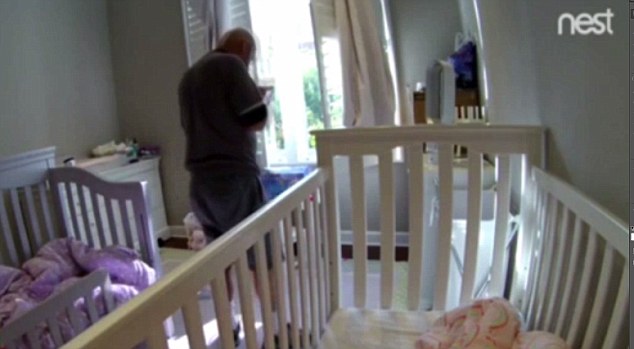 He lifted the underwear to his face and took a big breath, then stuffed it into his pocket 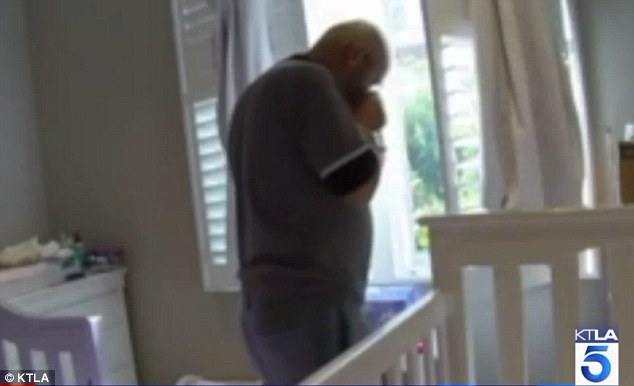 Cooper has complained to the repairman’s moving company and filed a police report. He even called the repairman, who gasped when he learned he was caught 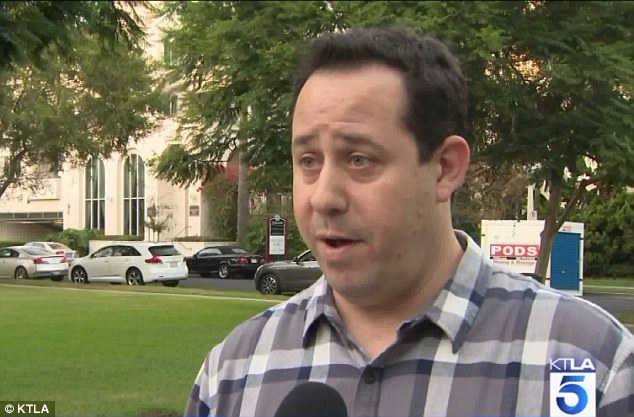 Although it’s unclear if any crime save for theft of underwear was committed, Cooper demands to know if the repairman had a criminal record.

‘This gentleman violated a five-year-old and three-year-old’s privacy, my family’s privacy. Obviously my wife and I are really distraught over this and we want other people to know,’ he added.

He even called the repairman directly who gasped upon answering the call when Cooper told him that he was caught on camera and he planned to share it with news outlets and on social media.

He believes that the repairman was going to apologize, but the concerned father cut him off saying ‘I don’t want to hear anything you have to say’.

‘From now on, I can tell you that my wife and I will never let anybody else in this house without us standing by their side until they leave,’ Cooper said.