Father strangles sons and hangs himself in murder-suicide

An Illinois man killed his two children and then took his own life in a horrific double murder-suicide.

Eric Ringenberg, 33, strangled his 2-year-old and infant sons in the basement of his Bloomington home according to authorities, then hanged himself in the early morning hours of Tuesday.

The Bloomington Police Department said in a statement on Wednesday that investigators were able to determine Eric murdered the boys and then committed suicide as a result of footage that was captured by the home’s surveillance system.

That footage also showed Eric hiding all of the family’s cell phones – including the one belonging to his wife – before setting the house on fire, which he did just prior to taking his own life.

Pamela Ringenberg woke up when the home’s smoke detectors began going off according to authorities, and barely made it out of the house alive after frantically searching for her babies.

Tragedy: Eric Ringenberg, 33, and his two young sons were found dead in the basement of their Bloomington, Illinois home after a fire broke out on Tuesday (Eric and his older son above) 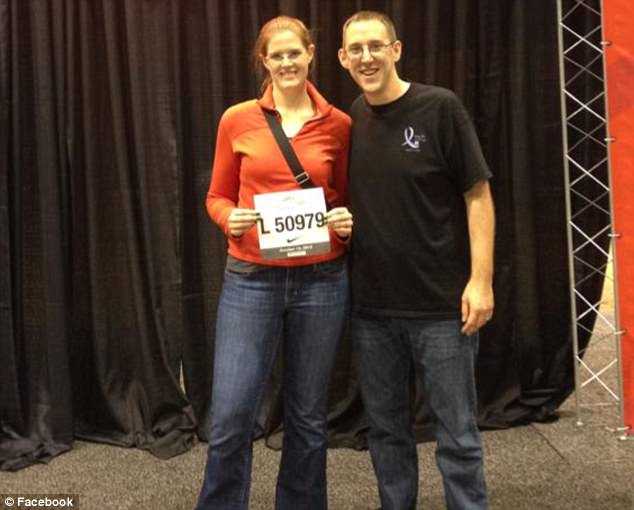 Murder-suicide: An investigation into the deaths quickly revealed that Eric had strangled the boys and then hanged himself (Eric and his wife Pamela above)

Pamela told police that after she woke up to the smoke detectors going off she immediately went to get a phone in order to call for help but could not locate her cell.

Unable to summon help, she made the decision to search for her family members on her own before she was forced to evacuate the home due to the heavy smoke.

The 32-year-old mother and wife then ran to her neighbor’s home in order to seek help.

Pamela was later taken to St. Joseph Medical Center where she was treated for smoke inhalation.

The Bloomington Police and Fire Departments both arrived on the scene at around 3am, and were able to quickly put out the fire.

Authorities then entered the Ringenberg’s $250,000 home to search for Eric and his two sons.

All three bodies were located in the basement and pronounced dead on the scene by the McLean County Coroner’s Office.

Preliminary autopsy results released later that day indicate that the cause of death for the two young boys and their father was strangulation via ligature.

Police were able to piece together the sequence of events thanks to the surveillance footage, which showed Eric hiding the phones and going down into the basement before the house caught fire.

Those cameras also captured Pamela as she was awakened by the smoke detectors and began searching for a phone and then her family.

The two youngest victims of this horrible crime are not yet being named by authorities, who refer to the oldest boy as CR and the infant baby as RR. 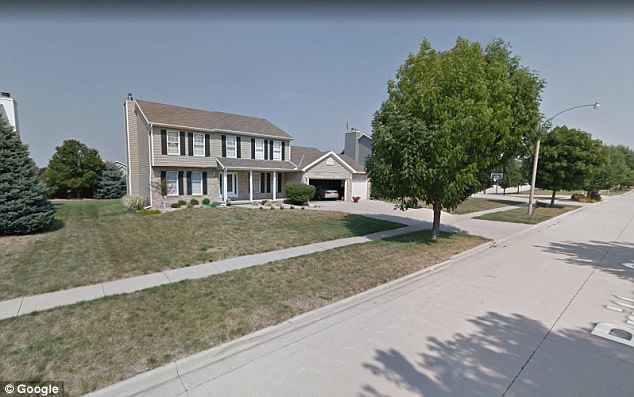 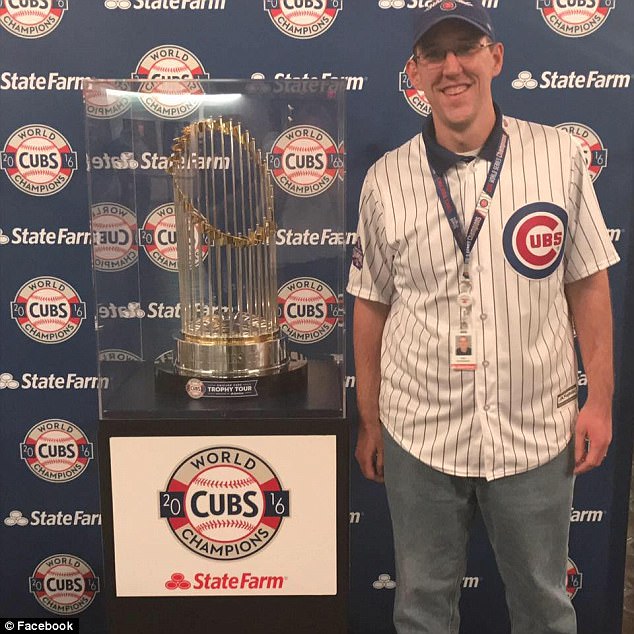 Motive: Eric (above in 2016) hid Pamela Ringenberg’s phone after killing the boys and just before he set fire to the house according to police

Investigators have also not released any information pertaining to a possible motive in the case.

They began gathering evidence from the scene early Tuesday morning and spent close to 36 hours at the home, leaving at around 3pm on Wednesday afternoon.

Eric worked as a supervisor at State Farm, whose corporate headquarters are in Bloomington.

Pamela was also employed by the insurance company as a Senior Compliance Analyst.

‘Our hearts go out to the family and friends impacted by this tragedy,’ said police in their statement on Wednesday.

‘The public is asked to remember that if they or someone they know is contemplating suicide or is in a mental health crisis, help is available by calling the National Suicide Prevention Lifeline: 1-800-273-TALK (8255), or PATH CRISIS at 211.’