Father takes pictures of his son who gets his head stuck

A social media-savvy father was seen taking pictures of his son who got his head stuck between bars in south-east China.

The four-year-old boy was trapped for about 30 minutes until firefighters arrived to his rescue.

Rescue footage posted online, however, had drawn web users’ attention to the father’s mischievous behaviour of snapping a photo of his son. 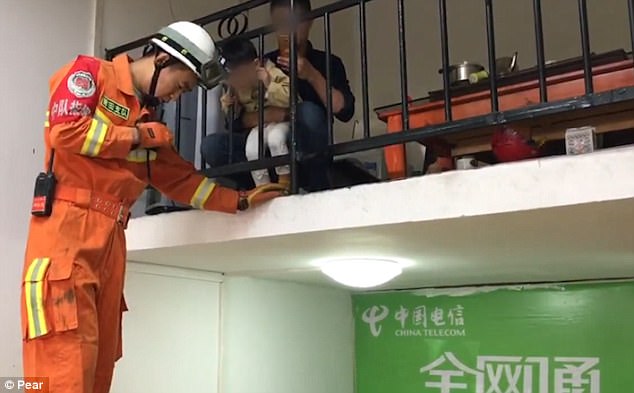 A young boy’s head was stuck between two metal bars while playing on a balcony.

His father was holding his body closely at the back and waiting for firefighters.

Fujian firefighters brought in a hydraulic plier to remove one of the bars.

As the father waiting, he took a picture of his son desperately waiting for rescue. 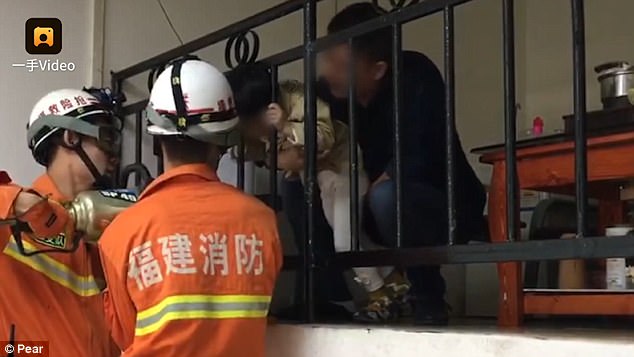 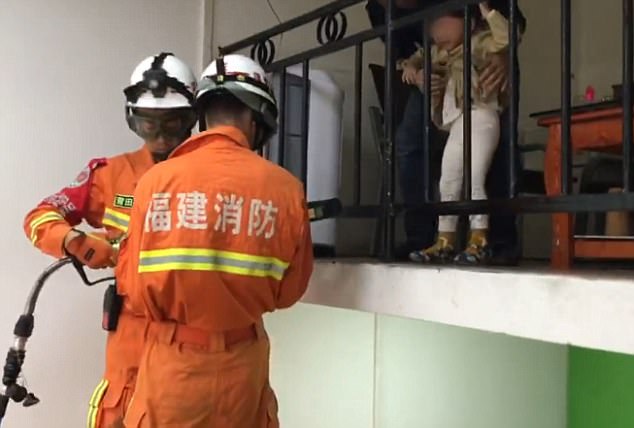 The boy was finally released and appeared not to be injured.

Web users questioned the father’s actions on Chinese twitter site, Weibo, for not trying his best to save his son.

‘The gaps are huge, did the father even try to turn his son to aside and get his head out?’ asked ‘aizuomengdimangtou’.

‘I doubt he is the biological father of the boy,’ commented ‘clxqingkong’.