Father, 43, tells of ‘trauma’ of being separated from daughter, eight, for a year after his Lithuanian partner broke a court order and fled UK with her

A father has revealed his heartbreak after his partner abducted their eight-year-old child and fled the country.

Christian Penwill, 43, has not seen his daughter Nina for more than a year since she was taken from his home in Brighton.

Her mother Inesa Ivanova is believed to have left the UK for her native Lithuania with the child on January 23 last year, and a European Arrest Warrant has now been issued on grounds of child abduction.

Nina’s name and her mother’s have been put on an international watch list in the hope they can be located.

Now, more than 12 months after Nina went missing, Mr Penwell has been granted special permission to speak to the press about his daughter’s abduction in the hope of finding her.

Christian Penwill, 43, has not seen his daughter Nina for more than a year since she was taken from his home in Brighton

He said: ‘It’s like a trauma, almost like a bereavement. I have a hole I can’t fill.

‘Someone knows where she is. She was removed from my house in November 2018 without me knowing.

‘I came home from a weekend away and she had gone. I contacted Sussex Police. It is now with Interpol.

‘Her name is flagged so if she goes through a port or airport she should be found, but you can move freely across lots of Europe without having to show a passport. 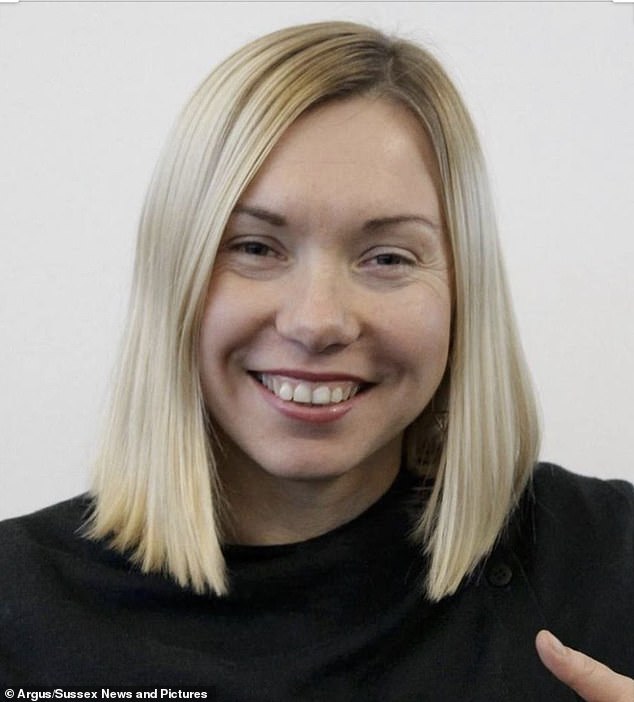 Her mother Inesa Ivanova is believed to have left the UK for her native Lithuania with the child on January 23 last year, and a European Arrest Warrant has now been issued on grounds of child abduction

‘People assume she’s with her mother so must be safe. But to remove a child from her home and go on the run isn’t thinking clearly is it?’

Mr Penwill has been battling for a year to try to find his daughter and have her brought home.

He said his life had been put on hold by the search for his child and his daughter’s friends were desperate for her to be returned.

He said: ‘She was a super baby and then a very friendly and happy little girl. Sensitive, like most kids.

‘She had a huge group of friends and was very active.

‘She loved to ride her bike and was always talking about horses – I don’t know where that came from.

‘She was a really happy little girl, very well liked and we had a large community of friends in Brighton.

‘To start with I had to convince myself it was like she was on holiday, but the last six months have been the worst.

‘I have supportive family and friends but nothing helps. 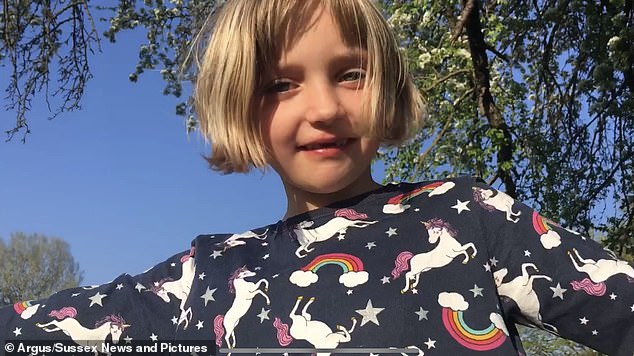 ‘She was a really happy little girl, very well liked and we had a large community of friends in Brighton,’ Mr Penwill said

‘Everywhere I go in Brighton, If I walk past the Level or down The Lanes I can burst into tears.

‘If I just hear a tiny bit of music or walk past the Flour Pot where we used to go for hot chocolate – there’s constant reminders wherever I go.

‘I used to have a social circle of parents at the school.

‘That camaraderie around drop off times, people are still there but they don’t know what to say.’

Just over a week ago Nina turned eight without her father to wish her a happy birthday.

A spokeswoman for Sussex Police said: ‘On January 24, 2019, we received a report that a girl then aged seven (now eight) living in Brighton had been taken out of the UK without the authority of her father and in contravention of Family Court Orders on 6 December 2018 and 22 January 2019, prohibiting her from being taken out of the UK.

‘Our enquiries showed that the girl had left the UK on 23 January.

‘A European Arrest Warrant (EAW) has been granted by Brighton magistrates for the arrest of a named person on a charge of child abduction.

‘So far the person has not been traced and is not believed to have returned to the UK since January 2019.

‘There is no suggestion at this time that the child in question is at any known risk of harm.’

Anyone with information is advised to contact Sussex Police online or by calling 101, quoting serial 1181 of 23/10/18.