A falsie alarm! Father trapped a large ‘creature’ under a glass in the bathroom – only to discover it was his daughter’s stick-on EYELASHES

A woman was left in hysterics after she discovered her father had trapped a large ‘creature’ under a glass in the bathroom, only to discover it was actually false eyelashes.

Pete Robinson, 69, from Truro, Cornwall, had popped over to help daughter Jen Robinson fix a leak in her bathroom when he spotted what he thought was a creepy-crawly on the windowsill.

He grabbed a glass and trapped the insect so it didn’t jump out at him while he worked. It was only when Jen returned home that he found out he’d simply captured a falsie.

Pete Robinson, 69, from Truro, Cornwall, had popped over to help daughter Jen Robinson fix a leak in her bathroom when he spotted what he thought was a creepy-crawly on the windowsill. He later discovered he had just trapped one of Jen’s false eyelashes 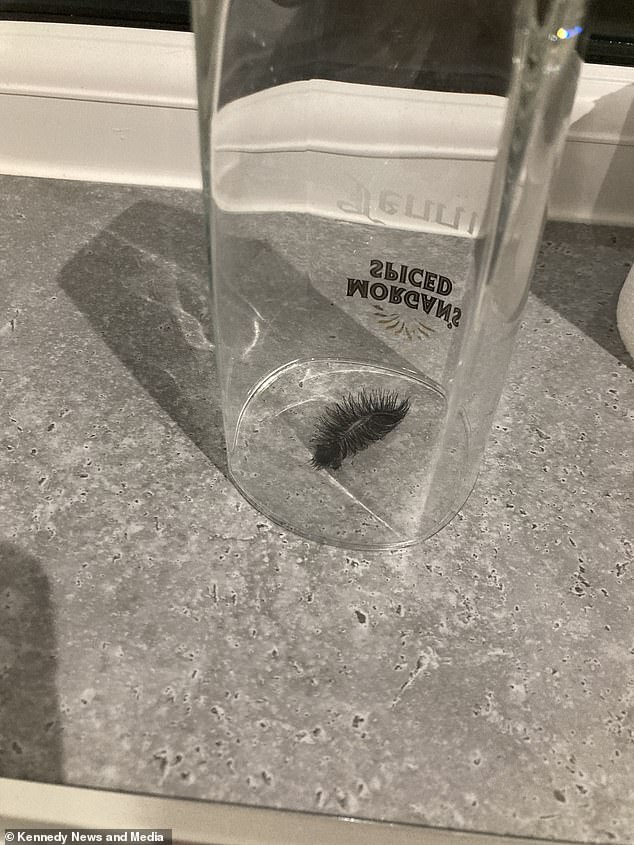 ‘I came home and he just came down the stairs to greet me I said I’d go up and have a look,’ she said. ‘I saw this glass on this window ledge and said “what on earth is that Dad?”

‘He said ‘I don’t know, some sort of creature I’ve caught’. When I looked closer it was my eyelashes. ‘I just had tears, I was crying. It made my day that did.’

The mother-of-three shared a clip documenting the funny situation on TikTok where it went viral, racking up more than 1.7 million views.

Jen, who describes her father as ‘happy-go-lucky’, later pulled his leg by telling him that he ‘should have gone to Specsavers’.

Jen said: ‘He covered it up and was going to remove it. I wouldn’t have known if he’d done it before I’d got home, I would have been none the wiser so I’m glad that they were still there.

‘I picked them up and he was horrified at the thought that I put ‘those things’ on my eyes. 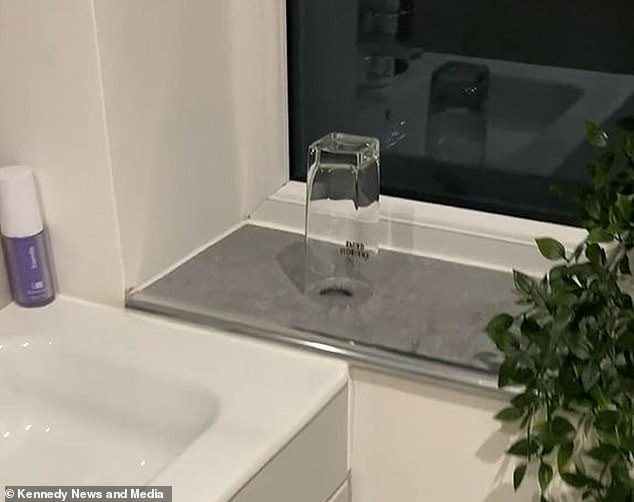 Pete spotted the creepy-crawly and decided to take action to make sure it didn’t crawl over him while he was working. He grabbed a glass to ‘trap’ it in place 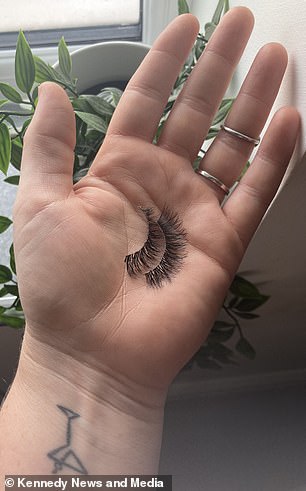 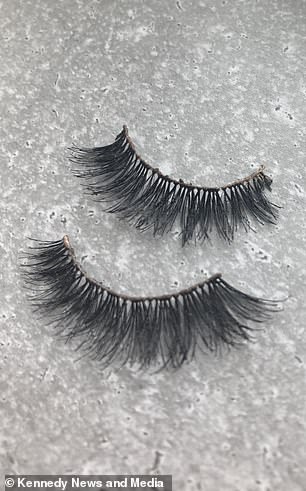 Jen came home and recognised her false lashes, pictured left and right, and had to explain to her well-intentioned father what he had done

‘They were kind of stuck together so it did look like a centipede or caterpillar or something I suppose.

‘They’re still under a glass on my window ledge because I don’t want to move them. It just makes me laugh every time I go into the bathroom.’

Pete admitted he was ‘somewhat embarrassed’ by the situation but carried on with his work.

He added: ‘To answer what you’re all thinking I do now have a brand-new pair of glasses. Being of an older generation I don’t have things like that lurking in my house, I’m very pleased to say.’ 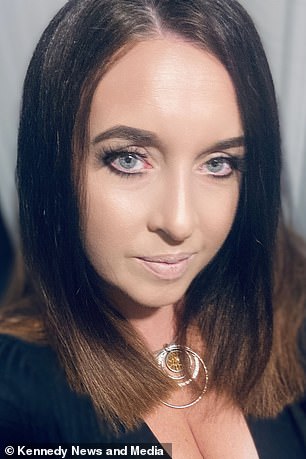 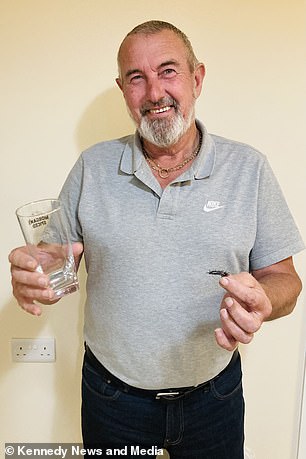 Pete, right, admitted he was ‘somewhat embarrassed’ by the situation but carried on with his work. Jen, pictured left, jokingly said her father should have gone to Specsavers

Jen shared her video on TikTok where it’s amassed more than 106,950 likes and comments.

One commenter said: ‘Your dad has a great sense of humour.’

Another added: ‘I’d have been on the floor laughing my head off.’

A third remarked: ‘It’s the thought that counts.’