A father turned detective and snared a paedophile by posing as his 11-year old daughter online, court hears.

The unnamed parent had allowed his daughter to use social media on the condition that he monitored it.

But just a week after setting it up her Facebook account he was horrified when Blake Pitchford, 27, sent him sexually explicit pictures and messages in the belief he was speaking with the little girl.

The parent continued to pose as his daughter until Pitchford asked that he meet her, at which point he called the police.

Pitchford, from Leigh, Greater Manchester, was later arrested at a cricket club where he works as a cleaner.

In a statement the father said: ‘I’m angry and distressed that this man sent my daughter sexually explicit messages in the belief he was communication with an 11 year old girl. I have had nightmares of what could have happened if it was her that had been engaging in this conversation and messaging this man.’ 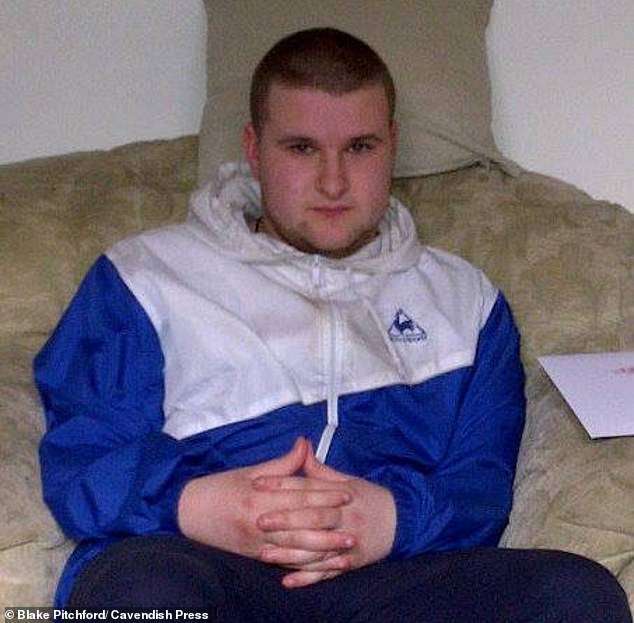 Pitchford, from Leigh, Greater Manchester, was later arrested at a cricket club where he works as a cleaner

He was given a three year community order after a judge said his blame was ‘less’ due to him having a low mental age.’ He will enroll on a rehabilitation programme for convicted sex offenders.

Judge Richard Gioserano, said: ‘The child in question was 11 years of age at the time of the offending and she was allowed by her father to have a Facebook account. He, sensibly, allowed her to have that account on the condition that he was allowed to monitor it and I believe that others can learn from this approach.

‘It’s fortunate that he took that approach and fortunate that, as soon as you attempted to contact her, she went to her father. He was, therefore, the recipient of these messages but you thought it was the 11 year old victim.

‘You clearly have no thought for the emotional and psychological harm it could have caused her, but thankfully this didn’t happen because of the interference of her father – who I am sure he would rather suffer this than his daughter.

‘I have to factor in that there was no child actually involved in the communications. None of this will come as consolation to the victim’s father, whose primary concern is the safety of his daughter – but, although there was no psychological report, you do appear to have a mental age which is lower than your actual age.

‘Although you are accepting that it’s wrong, you don’t fully understand why and I have to take that into account. Nevertheless, it reduces your culpability. I’m not saying that I couldn’t send you to into custody, and the public would not be surprised if the court took that sort of approach, but that would not achieve any long term protection for other young girls and the public.

‘There was no child involved in the communications, although I’m not making light of what her father had to deal with.’

The court heard the father let the girl have a Facebook account to talk to friends, but only if he can be allowed access to safeguard her.

Prosecuting, Simon Barrett, said: ‘On June 14, 2016, a male contacted her and she said that she didn’t know him. Concerned, her father took over the communication. The chat continued between them and ages were established. This defendant was 25 and the victim’s father confirmed that she was 11 years old.

‘He asked her to switch to Snapchat and that’s what her father did. There was a series of conversations which quickly became sexual and he said that she was beautiful. The defendant sent sexually explicit messages and a picture and he then asked her the size of her breasts and to send a video. He then asked to meet up with her.

‘Her father ultimately informed the police and he was arrested at his place of work – a cricket club. He made no comment in relation to the specific allegations in interview.

‘He has had nightmares of what could have happened if it was her that had been engaging in this conversation and messaging the defendant.

‘Clearly this was an attempt and the intended victim was not contacted, so this is low harm – but it is high culpability because of the grooming. He tried to befriend her and meet up with her and gain her trust.’ 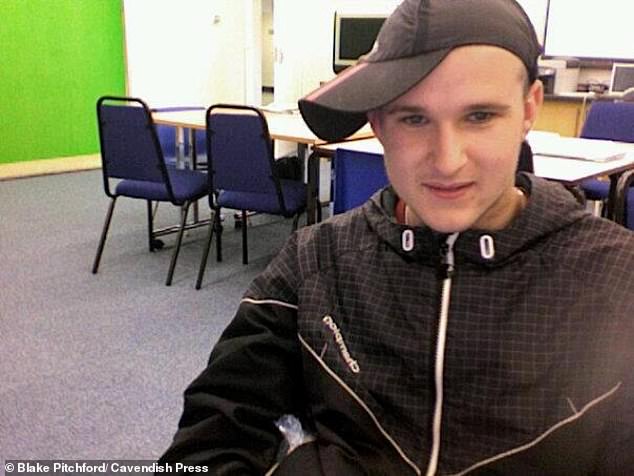 At Bolton Crown Court, Pitchford admitted trying to incite an 11-year-old girl to engage in sexual activity but was freed with a three year community order after a judge said his blame was ‘less’ due to him having a low mental age

In mitigation defence counsel David Polglase, said: ‘This isn’t grooming behaviour, it’s an attempt. There were a blunt and nasty suggestions by my client, but it wasn’t grooming.

‘This is a man who had difficulty in his youth, he cares for his mother and he has never been in trouble before. He is remorseful and he lacks maturity. If the court can protect the public by putting him on a strict programme then that would be more beneficial that prison.

Pitchford was also made subject of an indefinite Sexual Harm Prevention Order.