The father who killed his wife, three children and his dog in their Disney town home in Florida stabbed some of them in the stomach repeatedly before trying to take his own life with Benadryl.

He then lived with their bodies for at least two weeks before he was arrested at gunpoint.

Police are yet to pinpoint his motive for the killings but he was drowning in debt in both his home and business.

Anthony Todt, killed wife Megan, children Alek, Tyler and Zoe, and dog Breezy at home in Celebration – a gated community designed and developed by Disney. He stabbed his wife and the boys repeatedly in the stomach. It is not known how he killed his daughter or his dog

Now it has emerged that he killed some of the victims by stabbing them repeatedly in the stomach.

How he murdered the youngest child – four-year-old Zoe.

His wife, Megan, 42, and sons, Aleksander 13 and Tyler, 11, had multiple stab wounds in their abdomen, according to an autopsy report obtained by WTNH. 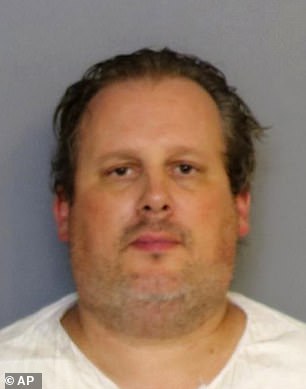 When police arrested him on January 13, Todt was shaking and barely able to stand. He had taken Benadryl in an attempt to kill himself. It was two weeks after he is believed to have killed his relatives

When police eventually arrived at his home in the town of Celebration, Florida, he told them that his wife was sleeping.

It later emerged that he tried to end his own life by overdosing on Benadryl after the murders.

It left him unable to stand and shaking, according to his arrest affidavit which was also reported by Click Orlando on Thursday.

The Osceola County Sheriff’s Office would not release the full report on Thursday when contacted by DailyMail.com, saying it was still being redacted.

He witnessed his a hitman trying to murder his mother, at the request of his father, 40 years ago. 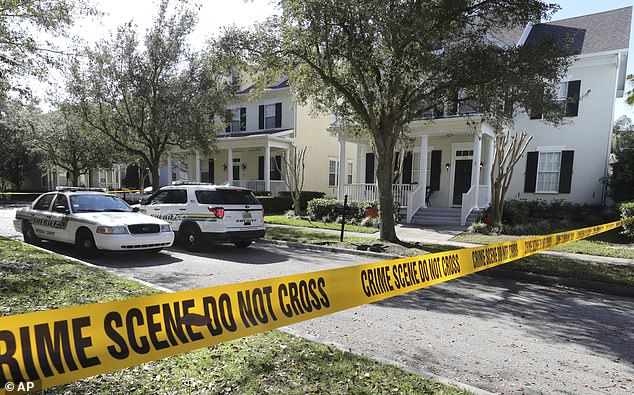 The house in Celebration, Florida, where the bodies were discovered more than two weeks after the murders