A father who wrongly believed he had the coronavirus threw stones at his family to keep them away from him and then hanged himself so they wouldn’t catch the deadly virus in India.

Bala Krishna’s grieving relatives said he had obsessively watched videos on his phone about the spread of the disease before becoming convinced he had the virus.

The 50-year-old farmer then locked his wife and children in their home in Andhra Pradesh’s Chittoor district before hanging himself from a tree near his mother’s grave.

His son Bala Murali said his father took himself to the general hospital in Tirumala on Wednesday last week after being ill for several days and was diagnosed with a viral fever.

Doctors reassured him it wasn’t the coronavirus that has claimed more than 1,000 lives since the global outbreak started in China. There have only been three cases in India and none in Andhra Pradesh.

But he remained convinced he had the disease and when he returned to his native village of Seshamnaidu Kandriga on Sunday he urged his family to keep their distance.

When they tried to approach him he pelted them with stones and shooed them away.

His son said: ‘My father watched Coronavirus-related videos the whole day on Monday and kept saying he had similar symptoms.

‘He attacked us when we tried to tell him that he did not suffer from the deadly disease.’

On Tuesday he locked his family in their home and hanged himself from a tree near his mother’s grave in the local graveyard.

His wife Lakshmi Devi called neighbours to let them out but by the time they found him it was too late.

His son said he had called a government helpline for advice after he became worried about his father’s mentally disturbed state.

He said: ‘But they told me there was nothing to worry about if my father had not visited China recently and that I should calm him down.

‘If someone had responded in time, my father would have been alive.’ 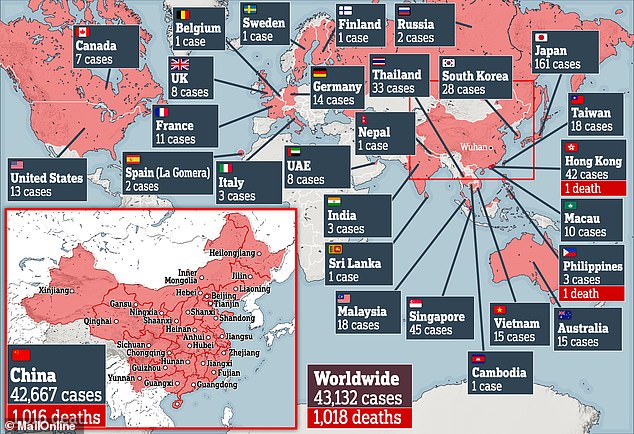 More than 43,000 people around the world have now been infected with the deadly virus 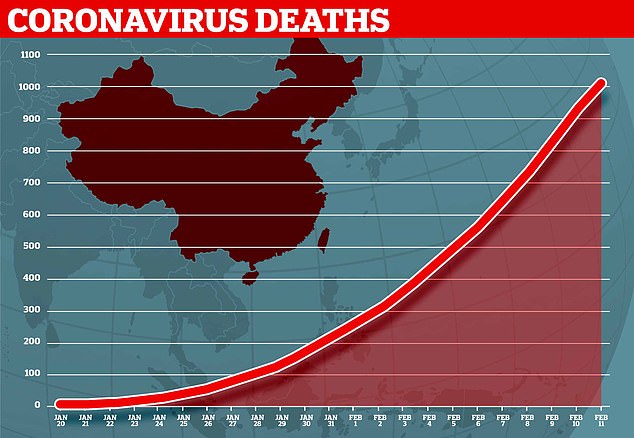 So far the coronavirus epidemic sweeping the world has killed more than 1,000, all but two of whom were in China