Lauren Moore, 16, of Redcar, North Yorkshire, was said to be good at ‘f***ing everything up’

When writing a CV, job hunters often consider how to make themselves stand out for the right reasons.

But Lauren Moore’s father took another approach, after writing a brutal résumé for his daughter, including skills such as ‘not listening’ and ‘browsing Facebook’.

The girl from Redcar, North Yorkshire, was also said to be good at ‘getting on her dad’s t***’, ‘f***ing everything up’ and ‘losing all documentation’.

But Lauren, 16, a GCSE pupil at Rye Hills School, saw the funny side and tweeted the CV with the comment: ‘Remind me not to let my dad do my CV for me.’

The girl, who lives in a £150,000 three-bedroom semi-detached house, was also listed as having the ‘skills and personal qualities’ of being ‘lazy’ and ‘late’.

She was also said to be ‘reluctant’, ‘ignorant’ and ‘rude’, ‘hates people’ and doesn’t do mornings, along with being a ‘typical 16-year-old’ who ‘couldn’t give a f***’ 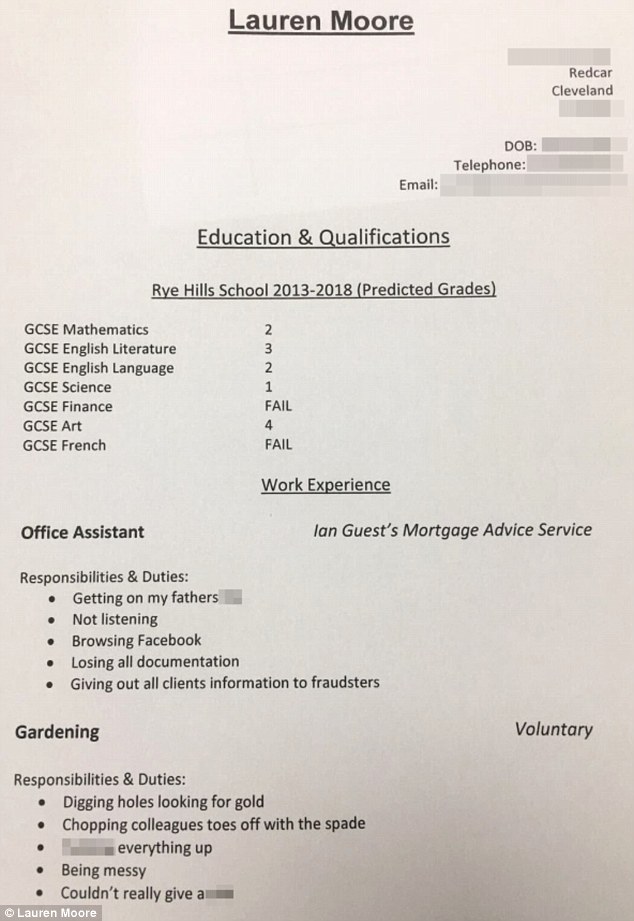 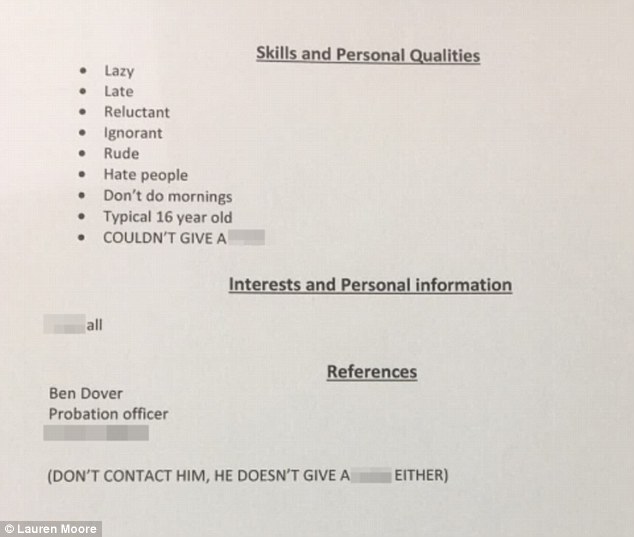 Lauren’s father wrote a brutal résumé for his daughter, including skills such as ‘not listening’ 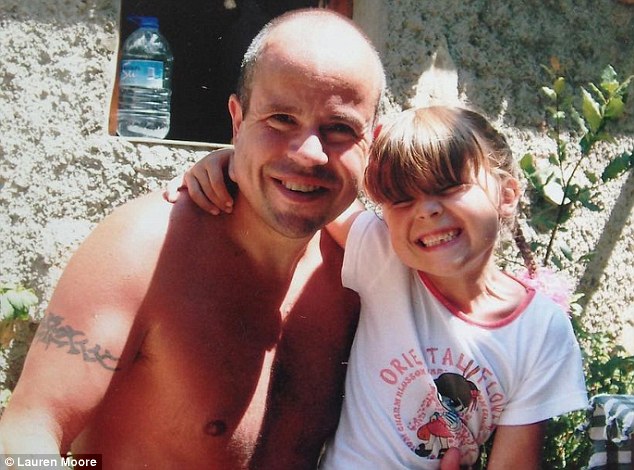 Lauren is pictured in a photo of her as a young girl with her father, believed to be called Ian

And as for references, her father listed a probation officer apparently called ‘Ben Dover’, along with the line: ‘Don’t contact him, he doesn’t give a f*** either’.

Lauren’s friends on Twitter found the CV hilarious, although some questioned why she also posted all of her personal details to social media along with the paperwork.

One of her friends, Abbi Stannard, tweeted: ‘This is so funny giving out all clients information to fraudsters’ – while another, Ashleigh Boyd, said: ‘I’m screaming.’

Lauren suggested her father was ‘trying to get on my good side by being unfunny’, while other friends described her father as a ‘lad’ and a ‘boyo’. 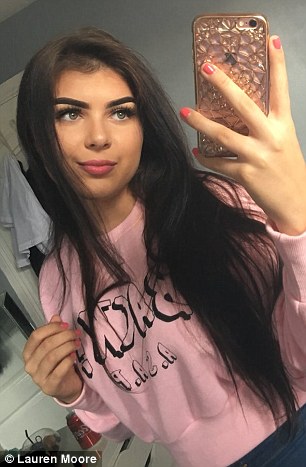 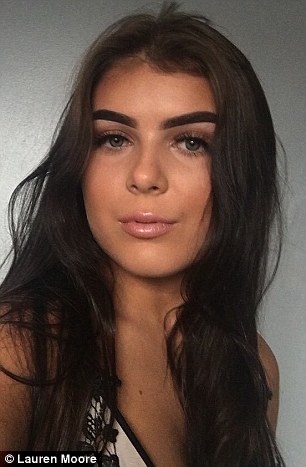 Lauren, a GCSE pupil at Rye Hills School, saw the funny side and tweeted the CV to her friends