‘We’re not there yet’: Fauci insists fully vaccinated people do not need COVID-19 shot boosters after CDC and FDA push back against Pfizer’s third dose

In an appearance on MSNBC’s Andrea Mitchell Reports on Tuesday, Dr Anthony Fauci discussed a potential federal authorization of a third dose of Pfizer’s COVID-19 vaccine.

However, after Pfizer met with officials at the Centers for Disease Control and Prevention (CDC) and the U.S. Food and Drug Administration (FDA) on Monday, the agencies issued a joint statement saying immunized Americans don’t need a third dose at the moment.

Fauci said he agreed with the federal health agencies because there is not enough evidence to suggest protection from two-dose vaccines fade.

‘We’re not there yet and that’s what the CDC and FDA meant when they came out with their joint statement,’ he said.

‘They looked at the data in real time. So they’ll be examining data as it comes in from other sources taking into account the Pfizer data.’ 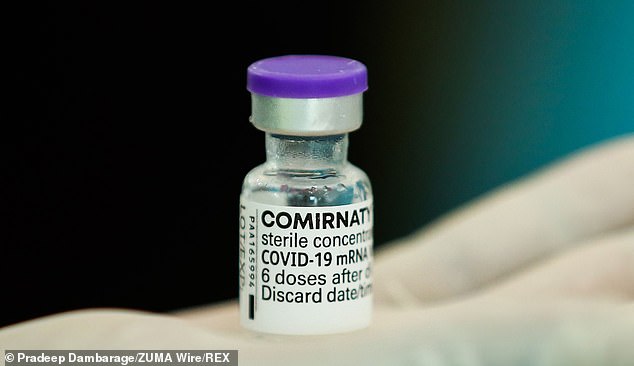 Last week, Pfizer and its German partner BioNTech announced that a booster shot of their COVID-19 vaccine extends protection against the virus.

Clinical trials found that the third dose, given six months after the second should, generated levels of neutralizing antibodies five to 10 times higher than the initial two doses.

What’s more, the companies say they are planning to tweak the booster shot to target the Indian ‘Delta’ variant directly as it continues to spread across the U.S.

The companies said they plan to publish ‘more definitive data’ soon and submit it for approval to the U.S. Food and Drug Administration (FDA).

he companies said they believe their booster shot has the potential to offer the ‘highest levels’ of protection against all variants, including the Delta variant.

However, scientists are ‘remaining vigilant’ and are developing an updated version of the third dose.

Pfizer’s CEO Albert Bourla has consistently stated that he believes Americans will need a third dose, and has even suggested the vaccine will become annual like the flu shot.

But Fauci explained that Pfizer officials are saying this because they are being proactive.

‘They’re looking at their data, they’re looking at the data in Israel and they’re saying we want to be prepared and we might even actually recommend that it’s a good idea to get a third shot, namely a late booster compared to the prime boost that you get with the two-dose vaccine regimen,’ he said.

‘This becomes a regulatory issue with the FDA and the public health recommendation with the CDC and their advisory committee on immunization practices.’ 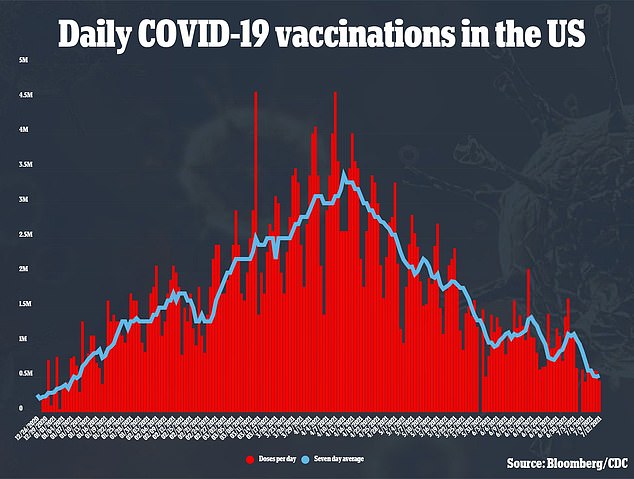 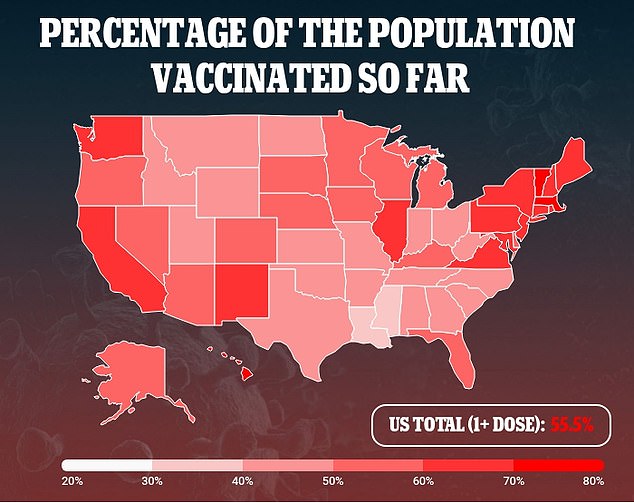 Fauci also addressed concerns that approval of a booster shot means COVID-19 vaccines are not effective.

‘When [people] hear you might need a boost, they might get the impression that the vaccine is not effective.

‘So people are saying maybe the vaccines don’t work if they’re going to need a booster. No, not at all.’ 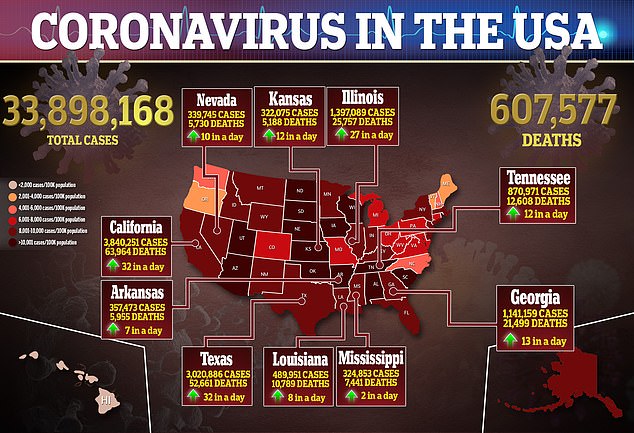