Faye Dunaway, pictured in 2017, is being sued by her former assistant Michael Rocha for allegedly calling him a ‘little homosexual boy’

Actress Faye Dunaway is being sued by her former assistant and allegedly called him a ‘little homosexual boy.’

The Oscar-Winning actress, 78, has been subjected to legal action from Michael Rocha, who alleged she was verbally abusive and then fired him when he complained.

Rocha began working for ‘Tea At Five’ – the stage production the screen legend was recently fired from for allegedly slapping a crew member back in April.

He was paid $1,500 a week for duties including getting Fay to rehearsals, shopping for her and encouraging her to take her medication.

The former employee alleged the ‘Mommie Dearest’ actress ‘regularly and relentlessly subjected plaintiff to abusive demeaning tirades’ and used the fact he was homosexual to ‘demean and humiliate him at work’, according to court papers obtained by RadarOnline.com.

He also alleged Faye called him and other staff ‘little gay people’ and recorded her referring to him as ‘a little homosexual boy’.

Michael reported the alleged verbal slurs to the production’s general manager but he was fired two weeks later as executives told him their lead star was ‘not comfortable’ with him anymore.

Faye has not yet responded to the lawsuit.

The lawsuit comes a few weeks after it was revealed Faye had parted ways with the one-woman show – which is based on the memoir of Katherine Hepburn, ‘Me: Stories From My Life’ – during its run at Boston’s Huntington Avenue Theatre. 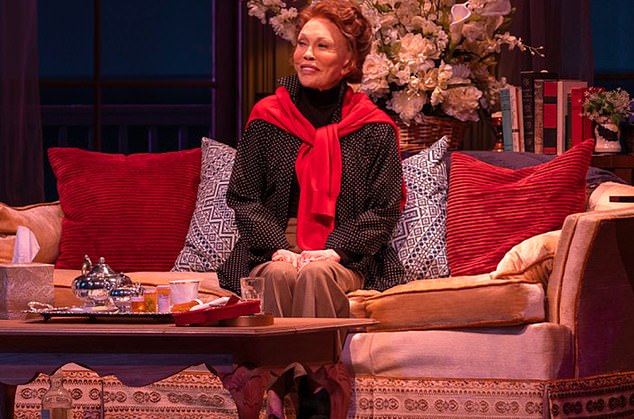 Dunaway was playing Katharine Hepburn in Tea At Five at the Huntington Theater in Boston – with the show set to be transferred to Broadway later on.

Dunaway was accused in show reports obtained by TMZ of forgetting her lines in early performances of the show, snapping at members of the audience mid-performance and complaining brazenly about the theater lighting.

The play will no longer feature the veteran star and may not head to Broadway any longer, despite Dunaway being let go. It is, however, set for London’s West End.

After initially being fired, sources explained to the New York Post that a scheduled performance for July 10 was canceled just before curtain because the actress slapped and threw things at crew members trying to help her into her wig.

Sources say that Dunaway was ‘verbally abusing’ the crew and they were ‘fearful for their safety’.

Dunaway is currently traveling in Europe. Producers of the show said in a statement that they ‘terminated their relationship’ with Dunaway, adding that ‘Tea at Five’ was also headed to London after being well received in Boston.

The one-woman play by Matthew Lombardo follows Hepburn and her road to recovery following a 1983 car accident.

It was to be a triumphant return for Dunaway, who was excited to make her return to Broadway after 37 years – her last production was the 1982 ‘Sunset Boulevard.’

‘She seemed committed to the role, and fun to be around,’ a source claimed.

Dunaway, who won an Oscar for her role as the ambitious television producer in ‘Network’, showed signs of acting out at an early photo shoot. 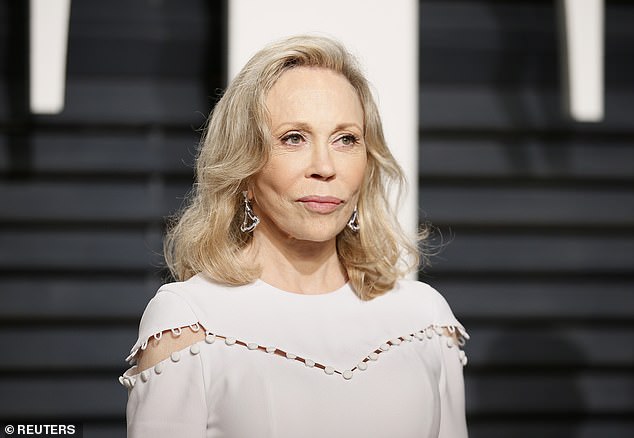 The 78-year-old was accused in show reports obtained by TMZ of forgetting her lines in early performances of the show, snapping at members of the audience mid-performance and complaining brazenly about the theatre lighting 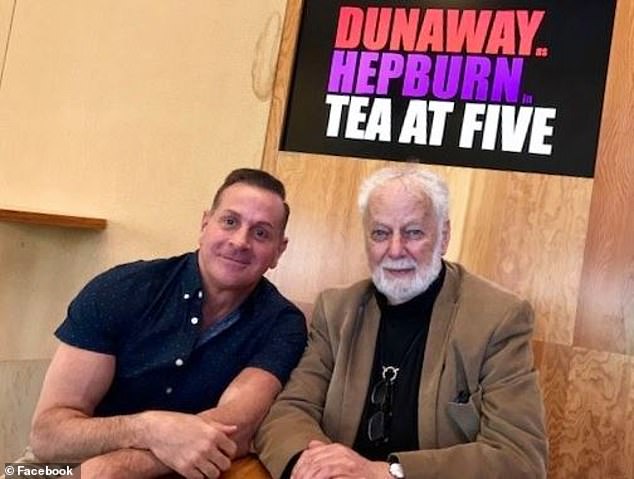 Tea at Five playwright Matthew Lombardo, (left), is seen with director John Tillinger, (right). Producers of the show said that they ‘terminated their relationship’ with Dunaway, adding that ‘Tea at Five’ was also headed to London after being well received in Boston

She was reportedly given a salad for lunch and immediately threw it on the ground. Dunaway is said to have said that she was watching her weight, adding that the salad would be better on the floor than in her hand.

Sources say that Dunaway was often late for rehearsals, upwards of two hours. She is also said to have not allowed folks to look at her during rehearsals, including the director and the playwright.

Dunaway is also said to have been fed lines and blocking through an earpiece at the Huntington theater even though she had the script for six months.

’98 percent of the play came through the earpiece,’ one source declared.

She was said to have left ‘troubling, rambling, angry’ voicemails for the creative team, late at night.

Dunaway is also said to have demanded that no one where white as it would ‘distract me.’

During the last weekend in June, Dunaway is said to have had a full on diva moment and demanded staffers to get on their hands and knees to wash the floor of her dressing room.

She is said to have thrown mirrors, combs and boxes of hairpins at staff. The actress also pulled gray hairs out of her wigs so that she could play a younger version of Hepburn than the one that was intended.

The decision to fire her and cancel the show on July 10 ultimately came when producers acknowledged that she was physically and verbally abusing production members.

Dunaway has a history of being demanding during productions, as seen in the early 1990s when she demanded bellhops rearrange her hotel suites in the middle of the night because she didn’t like the ‘flow’ of the room.

This was during her time as Maria Callas in Terrence McNally’s ‘Master Class.’

A theater in St. Louis once sent her a white limousine, prompting a fit of rage from the actress as she hates the color white. She is said to have demanded a rental car and drove that to the theater even after the limo company sent her a black car.