‘Federal Bureau of Investigation agents did not detect any deception during Flynn’s interview,’ read one line among the 44 findings of fact in the 253-page, partially classified report released on Friday.

Flynn was interviewed by the FBI in January 2017, but was not charged until after Special Counsel Robert Mueller took over the probe months later and found apparent contradictions in Flynn’s statements.

In December 2017, Flynn agreed to plead guilty to making false statements to the FBI regarding his December 2016 conversation with Russian Ambassador Sergei Kislyak. Flynn’s son was spared prosecution as a result of the plea deal.

The conversation, which occurred after the presidential election, related to a UN resolution condemning Israel, which Flynn lobbied in vain for Russia to block.

FBI agents detected no deception during interviews with former National Security Advisor Mike Flynn (pictured), according to a new report from the House Intelligence Committee

‘According to the charging documents, on or about December 22, 2016, ‘a very senior member of the Presidential Transition Team’ (PTT) directed General Flynn to contact representatives of foreign governments,’ the House Intel Panel report reads.

The senior member of the PTT has been identified as Jared Kushner in other published reports.

‘This request concerned a resolution about Israeli settlements submitted by Egypt to the U.N. Security Council around December 21, 2016. Later, on December 22, General Flynn contacted Ambassador Kislyak and ‘requested that Russia vote against or delay the resolution,” the report continues.

‘The next day, Ambassador Kislyak informed General Flynn that Russia would not comply with the request,’ the report reads.

Flynn’s plea agreement states that he had falsely told the FBI that he had merely asked Kislyak how Russia planned to vote on a UN resolution condemning Israel’s settlements.

The report does not offer new non-public information to support the finding that FBI agents believed Flynn. Much of the section explaining the finding is redacted. 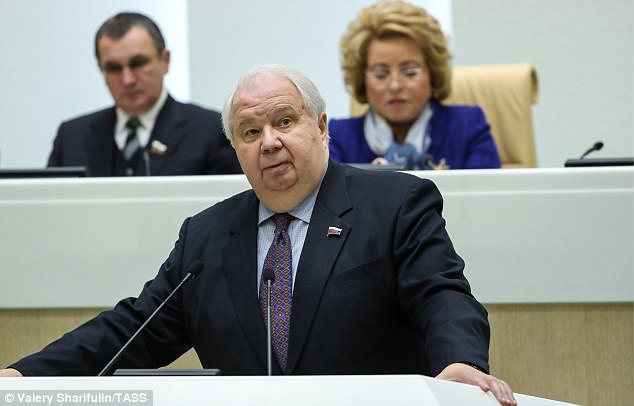 The implication of the Intel Committee’s finding is that the FBI did not initially believe Flynn had intentionally lied, but that Mueller used unintentional contradictions in his interview to force a plea.

The report noted that the committee was unable to interview Flynn or his son after both asserted their Fifth Amendment rights in response to any questions.

President Donald Trump told reporters as he welcomed German Chancellor Angela Merkel to the White House Friday that, ‘We were honored’ by the report, which he is calling ‘conclusive’ ”strong’ and ‘powerful.’

The report’s conclusion is fiercely opposed by committee Democrats, who say the committee did not gather enough evidence to support its finding.

Trump has long called the issue a ‘witch hunt’ and insists there was no collusion between his campaign and Russia.