The FBI has found two new packages believed to be part of the mail bombing spree, addressed to Senator Cory Booker and former Director of National Intelligence James Clapper.

Clapper joined CNN as a contributor after stepping down as the nation’s most senior intelligence official. 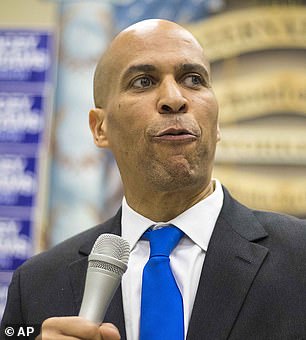 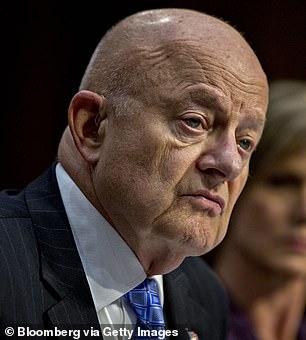 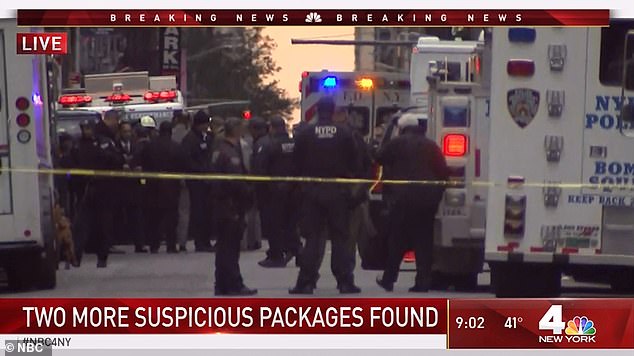 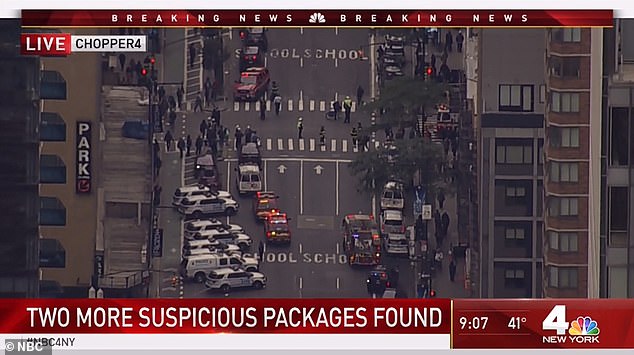 ‘At least they got the correct spelling of my name and they got the right network,’ Clapper said in remarks to CNN, referring to an earlier package to CNN addressed to ‘John Brenan’.

John Brennan, a former CIA director, is a contributor for MSNBC.

However the package intercepted on Friday was addressed to him care of CNN, and was intercepted by postal inspectors before delivery.

The NYPD bomb squad was on scene at the postal facility at West 52nd Street and 8th Avenue on Friday morning. 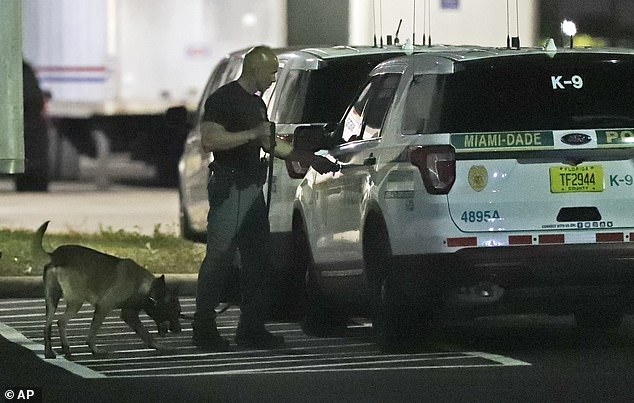 A police officer and dog are shown outside a postal facility on Thursday in Opa-locka, Florida. The search uncovered a suspicious package addressed to Senator Cory Booker

Booker is a Democrat from New Jersey. Like Clapper and the other targets of the mail bombs, he is an outspoken critic of President Donald Trump.

The identity and motives of the bomber have not been revealed, however, with the FBI saying it is pursuing the case as the agency’s highest priority.

U.S. Homeland Security Secretary Kirstjen Nielsen said that Florida appeared to be the starting point for at least some of the bomb shipments.

‘Some of the packages went through the mail. They originated, some of them, from Florida,’ she said during an interview with Fox News Channel on Thursday.

‘I am confident that this person or people will be brought to justice.’