The FBI have offered a $100,000 reward in a new attempt to solve the murders of two Virginia Tech students who were shot and killed ten years ago.

Heidi Childs, 18, and David Metzler, 19, were found dead at the Caldwell Fields parking lot of the Jefferson National Forest on August 27 2009.

Although they had met through a church group while at high school in Lynchburg, Virginia, the ‘inseparable’ pair didn’t start dating until they went to college.

Nobody has ever been arrested in connection with the case, and Ms Childs’ belongings including her purse, phone and ID have never been found, reports ABC. 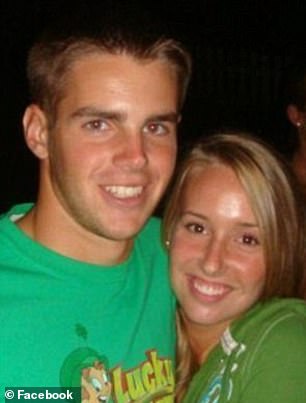 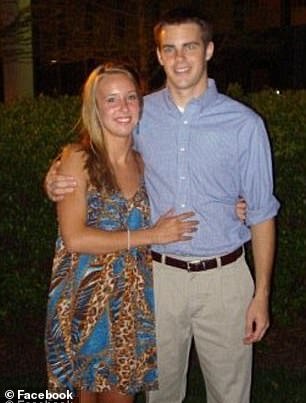 The young couple, pictured together left and right, both studied at Virginia Tech and no one has ever been arrested in connection with their deaths

Lt. Colonel Tim Lyon, director of the Virginia State Police Bureau of Criminal Investigation, said officers have ‘specific individuals we are interested in.’

He said police would be taking advantage of scientific advancements but that they still need assistance from the public and that it is ‘time to come forward’ to give the families some peace.

Ms Childs’ mother Laura said at a press conference last Friday that her daughter, the fourth of eight children, had wanted to change her major to pre-med.

Mr Metzler’s father Keith said: ‘David was my only son and my best male friend in the world.’

He said that the loss of his son and Ms Childs had left ‘parents heartbroken and siblings shocked, scared and distraught.’ 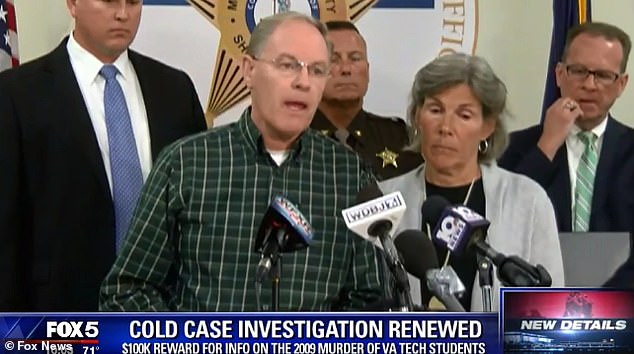 At a press conference on Friday David’s parents Keith and Susan Metzler, pictured, said that the loss of their son and Heidi left ‘parents heartbroken and siblings shocked’ 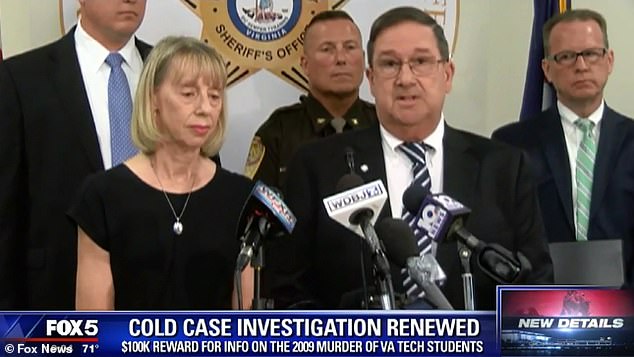 Heidi’s parents Don and Laura Childs, pictured at the press conference, also appealed for anyone with information to come forward. Mr Childs said the young couple ‘made a great team’

The grieving father also told Dateline that everyone thought of the young couple as ‘ inseparable,’ reports NBC News.

Mr Metzler had been studying Industrial Engineering at Virginia Tech and was a talented golf player.

Both students were devout Christians and active in their church. Don Childs, Heidi’s father, said they ‘made a great team.’

On the night of their murder, August 26, it is thought that Mr Metzler had told Ms Childs that he was taking her on a date and to bring her guitar.

However the next morning a man walking his dog found their bodies which had been shot by a .30-30 rifle, in the parking lot. 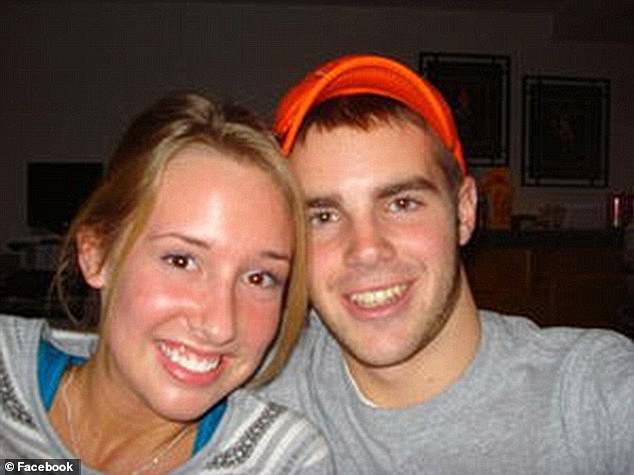 Ms Childs and Mr Metzler, pictured together, went to the Caldwell Fields parking lot on a date on August 26. Mr Metzler was found shot inside his car while Ms Childs’ body was outside 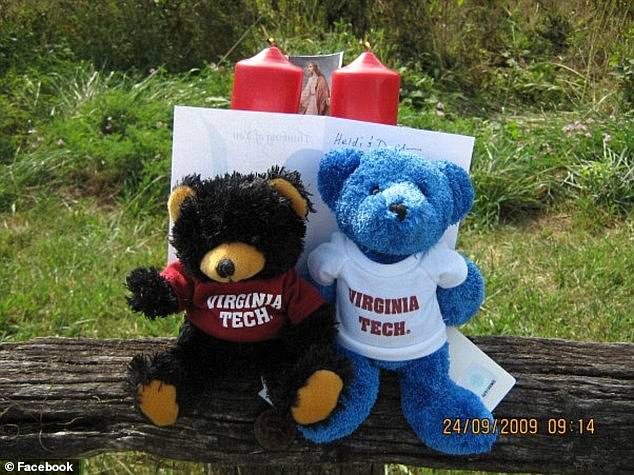 Every year since the students were killed people have left tributes, two teddy bears pictured, at the site in the Jefferson National Forest in Virginia 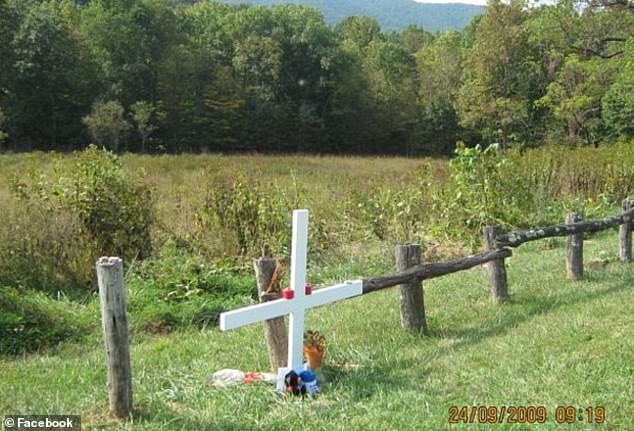 A white cross has been placed in the car park to remember the young couple. Both Ms Childs and Mr Metzler were active in their church

Mr Metzler was found inside the Toyota Camry while Ms Childs was found on the ground outside the vehicle.

The couple had been shot dead between 8:25pm and 10pm the night before.

Ten years on from the teenagers’ murders their families are still hoping to find their killer or killers.

Keith and Susan Metzler told Dateline: ‘After 10 years, it truly is hard to imagine what closure would feel like.

‘The pain is never gone. You just learn how to live with it. We will never be whole.’