The Justice Department’s internal watchdog said Wednesday it will examine Republican complaints of FBI misconduct in the early stages of the Russia investigation.

They have been urging his office to review whether FBI and Justice Department officials abused their surveillance powers in using information compiled by a former British spy and paid for by Democrats as part of the basis to justify monitoring a former campaign adviser to Donald Trump.

Horowitz said his office will look at those claims, as well as communications among the spy, Christopher Steele, and Justice Department and FBI officials.

Notorious figure: The use by the FBI of the golden showers dossier drawn up by ex-British spy Christopher Steele will be examined by the probe 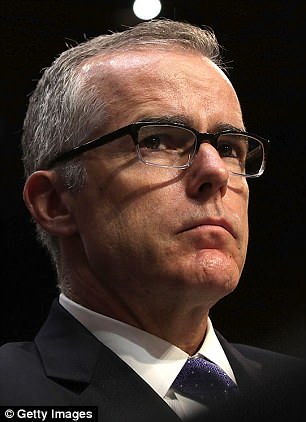 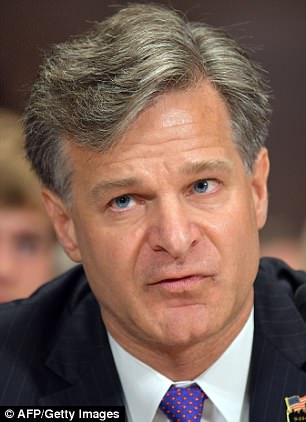 Crisis: The FBI’s deputy director Andrew McCabe (left) has already been fired – a day short of his retirement date – over a finding of misconduct. New FBI Director Chris Wray must now try to right the ship

Republicans have been fuming about they see as bias within the FBI, while Democrats say the surveillance abuse allegations are designed to undermine special counsel Robert Mueller’s sprawling investigation into the Trump campaign’s ties to Russian meddling in the 2016 election.

Horowitz’s review comes weeks after Republicans on the House intelligence committee released a declassified memo that detailed the use of political opposition research to obtain a warrant to monitor Carter Page, the former adviser to Trump’s campaign.

The GOP memo describes the department’s use of information compiled by Steele in obtaining a secret warrant to monitor Page’s communications. Steele’s anti-Trump research was paid for by Democrat Hillary Clinton’s campaign and the Democratic National Committee.

As the Republicans suggested the FBI may have conspired against Trump, Democrats countered with their own memo that said the FBI only ‘made narrow use’ of that research.

Sessions referred the Republican complaints to the inspector general’s office, a move that enraged Trump, who denounced it as ‘disgraceful’ and said Sessions should have ordered his own investigation. Sessions insisted he had taken the appropriate step. 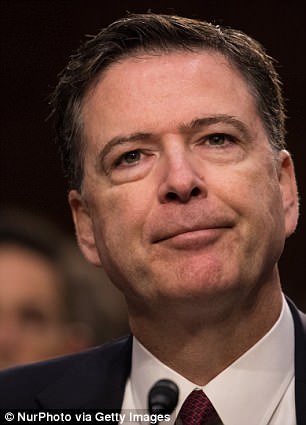 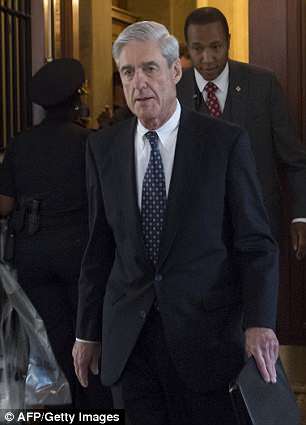 Pressure: James Comey is publishing his book next month about his firing as FBI director – but the new move puts his record under scrutiny. And it could also impact on Robert Mueller’s special counsel investigation

The new investigation comes as the FBI is already under intense political pressure. Horowitz’s office has been examining for more than year the FBI’s handling of the Hillary Clinton email investigation, an inquiry focused not only on specific decisions made by FBI leadership but also on news media leaks.

That investigation formed the basis for the firing of former Deputy Director Andrew McCabe. That inspector general’s report has not been released but is expected out soon.

Some Republicans praised Horowitz’s latest move, including Senate Judiciary Chairman Chuck Grassley, R-Iowa, who has criticized the process for obtaining secret surveillance warrants and had sought an inspector general review.

‘Federal surveillance authority is an important tool to combat terrorism and keep Americans safe, but it must be used by the book in order to protect the constitutional rights and civil liberties of all Americans,’ he said Wednesday.

Democrats have said the investigations are a waste of money and time.

‘It is a shame that the inspector general has to devote resources to investigate a conspiracy theory as fact-free, openly political, and thoroughly debunked as the president’s so-called ‘FISA abuse,” said New York Rep. Rep. Jerrold Nadler, the top Democrat on the House Judiciary Committee. He said the review would show the FBI acted appropriately.

Under pressure from lawmakers to move more quickly, FBI Director Christopher Wray said Tuesday that he has now assigned 54 FBI staff to collecting documents for separate congressional investigations into the Justice Department initiated by the House Judiciary panel’s Republicans. The staff, he said, are working from 8 a.m. to midnight.