A former Army police officer who suffers PTSD vanished last week, and distraught family members are pleading the public for assistance in finding her.

Ashley Meiss, 30, told loved ones she was going for a jog May 17 when she departed her home in Ogden, Kansas around 6pm that day. Her family hasn’t seen or heard from her since.

Her concerned brother, Chris Lewis, created a GoFundMe page – not to help the family – but to raise funds to compensate anyone able to provide information leading to her return home.

Lewis wrote on the crowdfunding page: ‘The Riley County Police Dept have not been able to obtain any valuable information so I’m taking it upon myself to create this GoFundMe page to raise money for a CASH REWARD FOR ANYONE WHO CAN DIRECTLY HELP MYSELF FIND HER or lead us to her regardless of the outcome.’

The veteran and mother-of-two reportedly has been struggling with mental health issues, including post traumatic stress disorder, for years. Veteran and mother-of-two Ashley Meiss, 30, disappeared May 17 from her Kansas home Meiss is pictured right with her family. Weiss told her friend from a blocked phone number Saturday that ‘she was really feeling down about everything’ amid a bitter custody battle with the father of her two children, Chris Meiss (above) 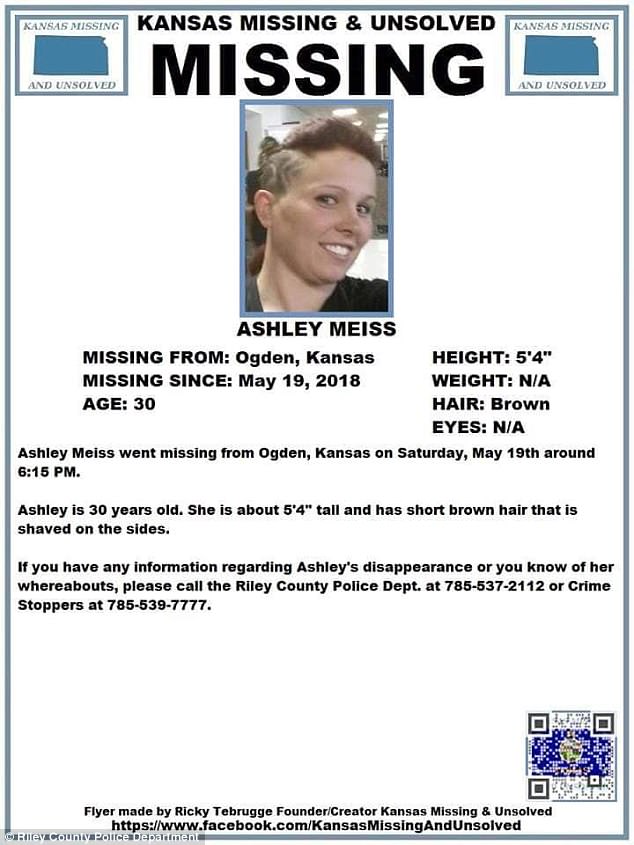 While Meiss has not been in contact with loved ones, she reportedly called an old Army friend from a blocked phone number Saturday, according to the New York Post.

Her worried father, Tom Lewis, told the Post that Meiss told her friend ‘she was really feeling down about everything’ amid a bitter custody battle with her ex and father of her two children, Chris Meiss.

‘She is very missed by many and including her two very young children,’ Lewis said.

Meiss left her home last Thursday without her phone, wallet and keys, which family members believe is even more concerning.

Her father fears his daughter may have hurt herself.

‘My gut tells me that there’s something really wrong here. You don’t just leave like that – especially not my daughter,’ her dad told the Post. 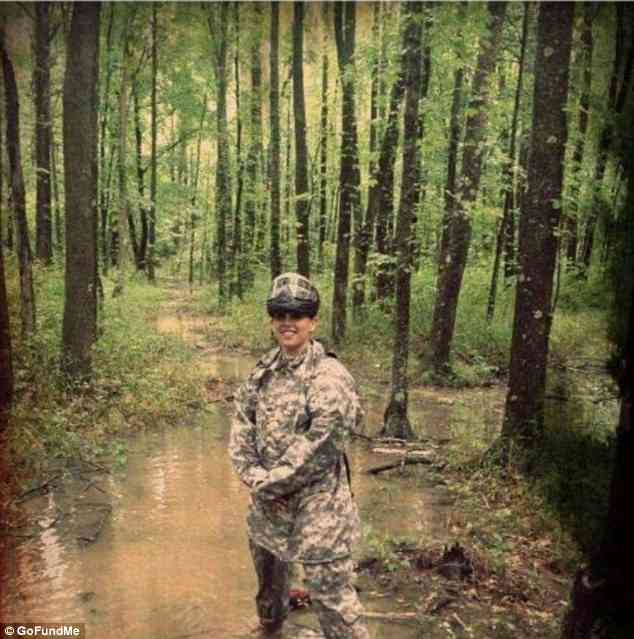 The veteran and mother-of-two reportedly has been struggling with mental health issues, including post traumatic stress disorder, for years 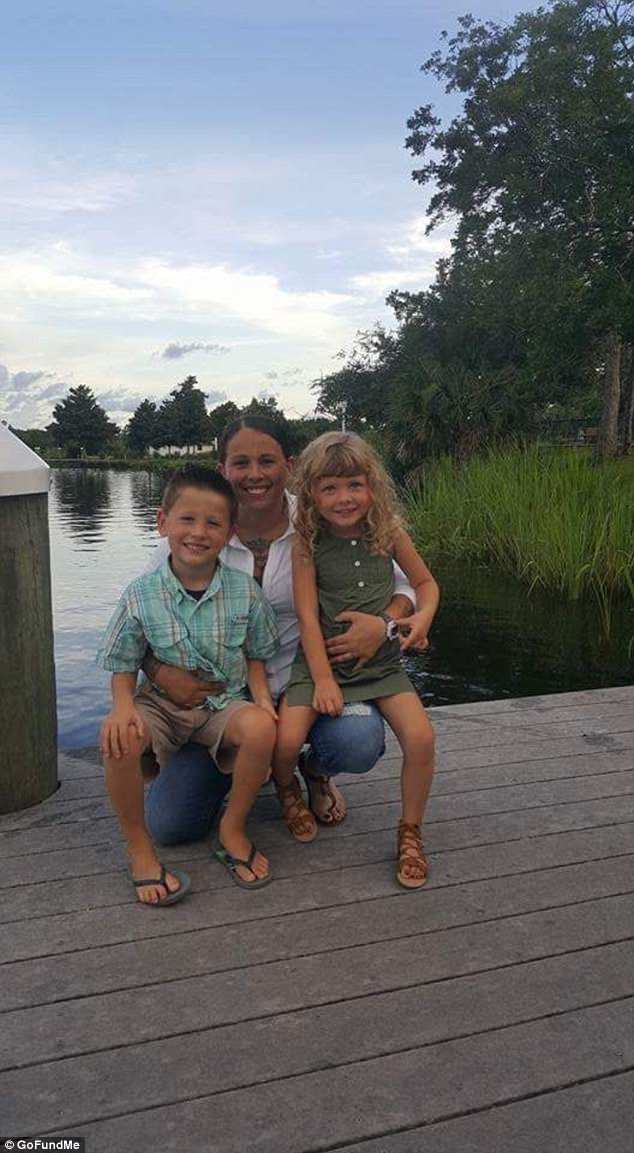 ‘If she’s here, she’s not alive – and if she’s gone, we have no idea where at or who she could be with.’

The dad, who resides in North Carolina, is also a veteran in the Marines.

He said his family has been frantically searching in Kansas since and shielding her two young kids from learning about the news.

‘The kids have no idea what’s going on… The kids are gonna come stay with us for like the next six weeks,’ Tom Lewis said.

Her brother added that if Weiss is not found, the money raised will go toward her children’s graduation fund.

‘Any help would be grateful and let’s get Ashley found. ANY INFORMATION GIVEN TO ME WILL BE HELD PRIVATELY IF ASKED. Thank you so much,’ he wrote. 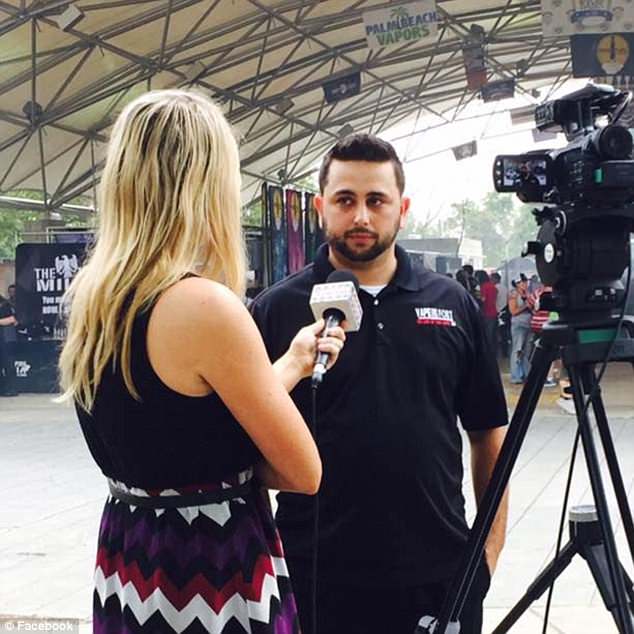 Meiss’ concerned brother, Chris Lewis, (pictured) created a GoFundMe page to raise funds to pay anyone able to provide information leading up to her return home