A Vietnamese festival scheduled for Sunday week could turn into a bloodbath with fears fed-up Asian youths will go to war with African gangs at the popular event.

The warning comes just days after a gang of African teens was filmed brawling with middle-aged Vietnamese men dining outside the Song Huong restaurant on Alfrieda Street in St Albans, in Melbourne’s north-west.

It is the very same street where the Lunar New Year will be celebrated, with the thoroughfare transformed into a festival featuring stalls, food, entertainment, bands, rides, fireworks and dancing. 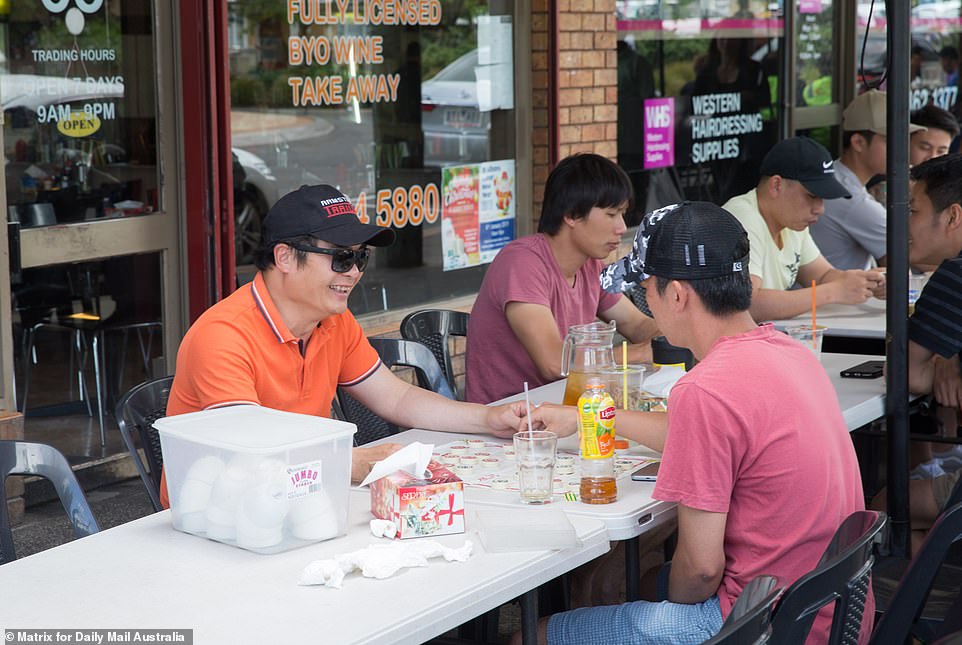 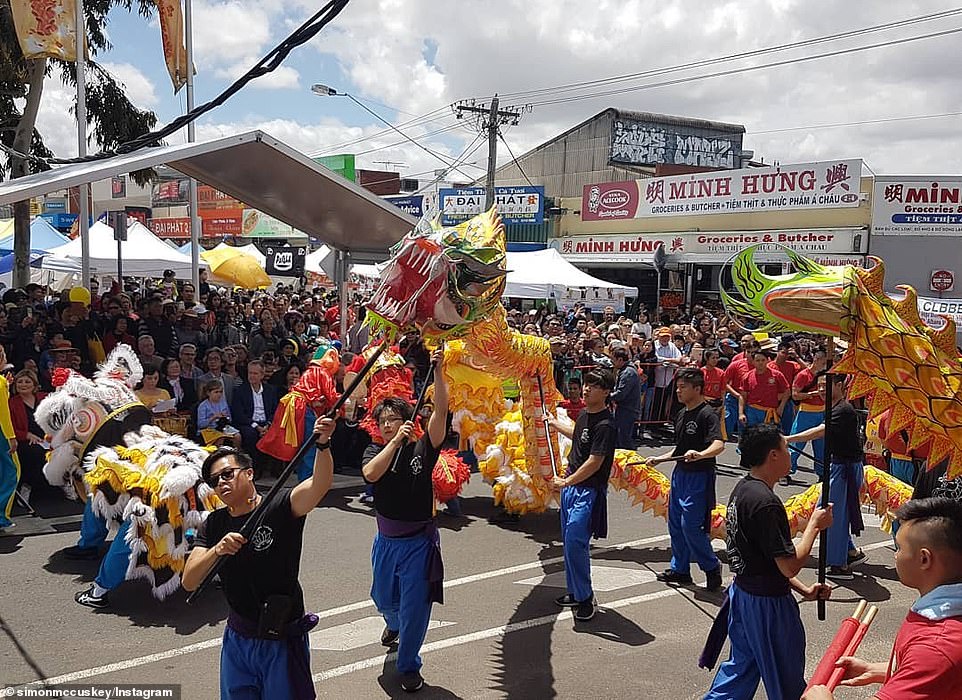 On Friday, scores of frightened and angry shopkeepers told Daily Mail Australia that they feared the law would be taken into their own hands if police did not step in to halt the violent teen thugs.

One female shopkeeper, who herself had been a victim of multiple, brutal attacks by African teens,  said she feared the Vietnamese youth would rise up against the thugs.

‘I haven’t seen the police until the past few days,’ she said.

The young woman, who is in phone sales, told Daily Mail Australia she had been attacked twice inside her shop.

So brutal were the attacks that one left her with a huge gash in her scalp after a teenage thug smashed her over the head with a phone he was stealing.

A customer was also attacked.

She and her neighbours all called triple zero, but police did not come.

‘They told us they couldn’t come. They were too busy,’ one man said of the attack.

His wife had chased out a gang of youths from their shop not long before the attack. 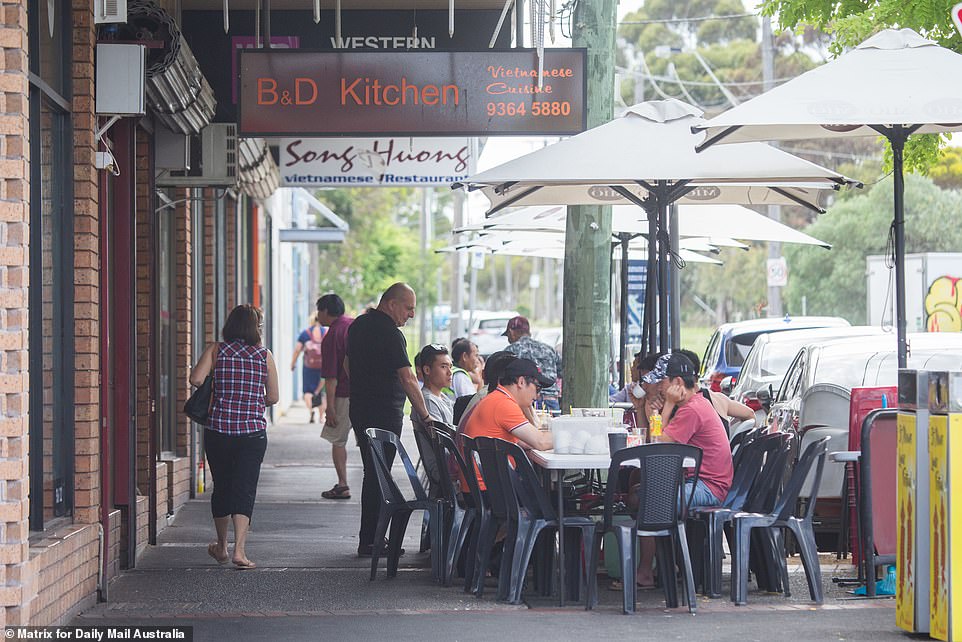 Another woman, who worked in a shop staffed entirely of young women, said the Vietnamese community was fed up with being afraid.

‘We haven’t seen the police up until those [recent] incidents …  nobody is doing anything. None of the guys around here. We’ve all grown up now,’ she said.

‘But [the teen gangs] are young and they don’t appreciate the laws and rules. 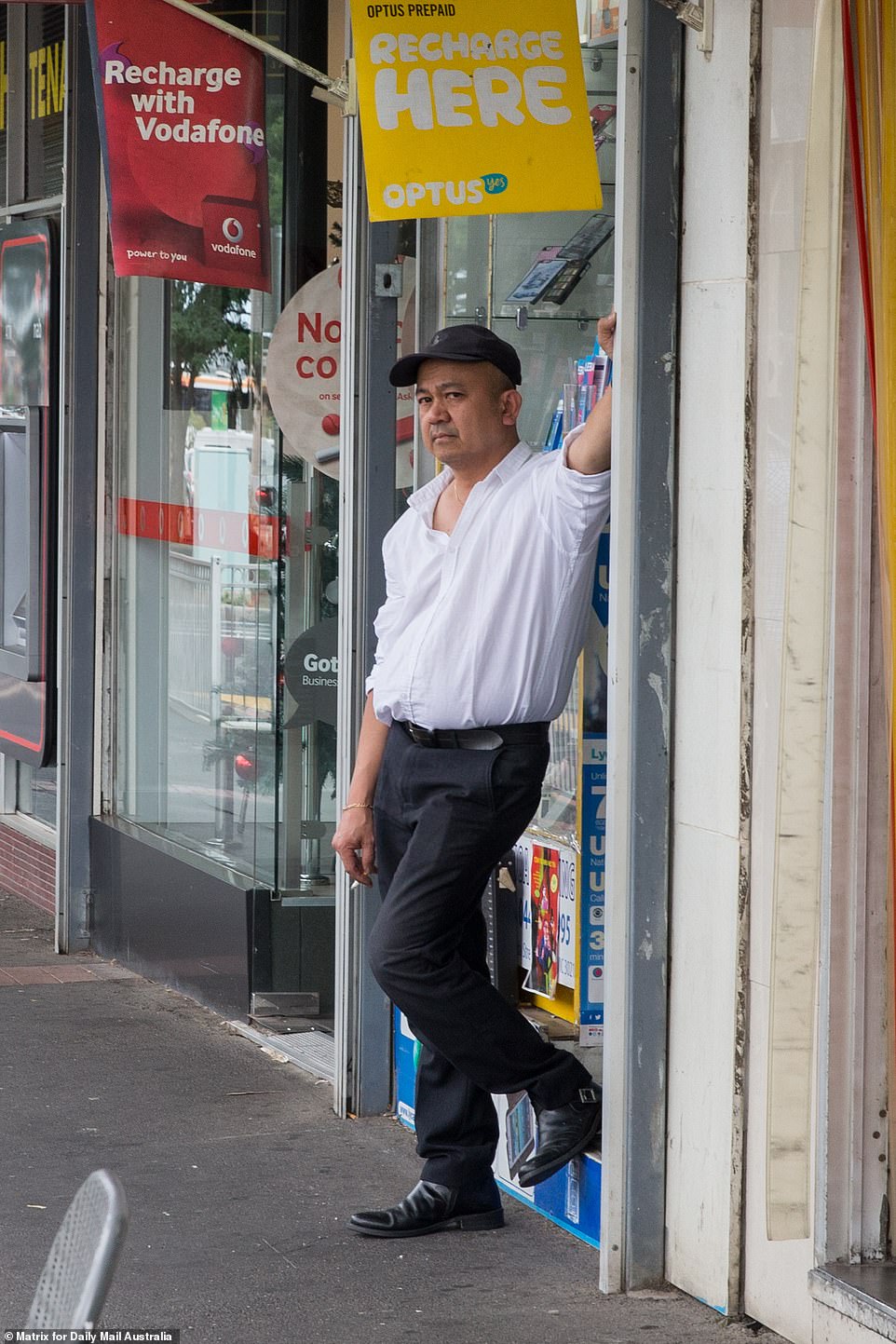 Phone sales have become a dangerous business for shopkeepers on Alfreida Street, who say police won’t help them 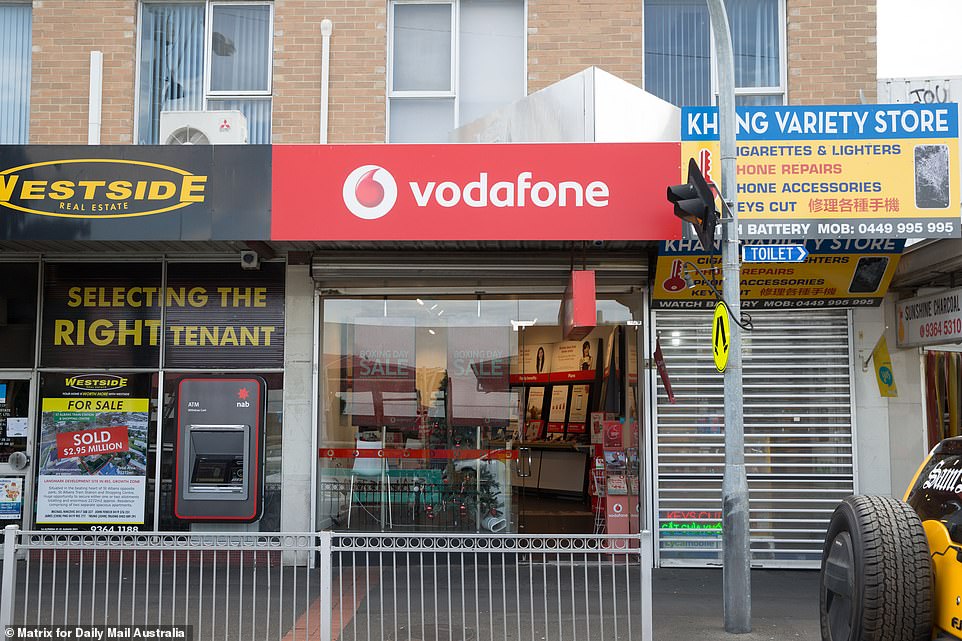 Shopkeepers claim until this week when the all-in brawl took place, police were hardly ever to be seen on Alfreida Street

Ben Tran, 22, was working at Song Huong Vietnamese Restaurant when a gang of youths turned on patrons.

It was over something as simple as the pests being refused cigarettes by the regular customers who congregate outside to eat, drink and play board games.

‘The gangs they always come around this area and they sometimes ask the people outside for cigarettes or a lighter or something and if they say no, well something happens,’ he said.

It is not the first time the thugs have caused trouble outside the restaurant, with this week’s incident being one of at least five over the past couple of months.

Like many others on Alfreida Street, Mr Tran said police are never in a rush to help out when called.

On Friday, police were noticeable in a large van camped out in a grassy section in the middle of the street.

An officer was seen enjoying his lunch from the passenger side of the vehicle before the van drove off.

Mr Tran said police took about 30 minutes to turn up after being called to the brawl.

Like the times before, the restaurant handed over the CCTV footage, but staff don’t expect much to change.

‘They’ve come before, they say [the youths] will have some problems, that they’ve solved the problem, but it’s still happening,’ he said.

‘I don’t think the police can stop them … when they come, everything is done.’

The gang that struck this week was not the same as the previous incidents, Mr Tran said. 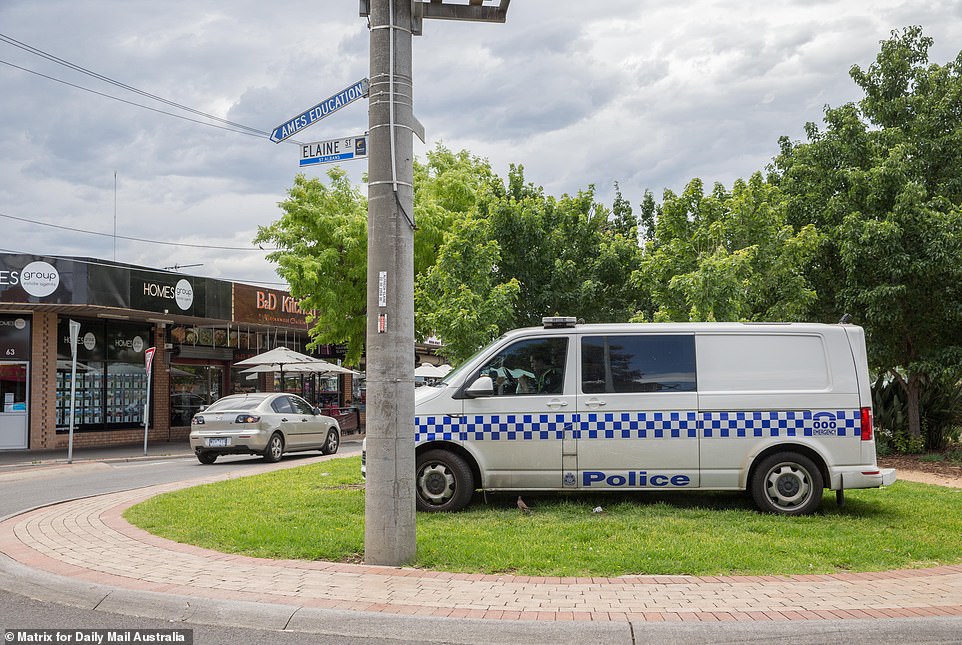 Police patrol Alfreida Street and stop to eat on Friday, though one shopkeeper says it took 30 minutes for them to arrive 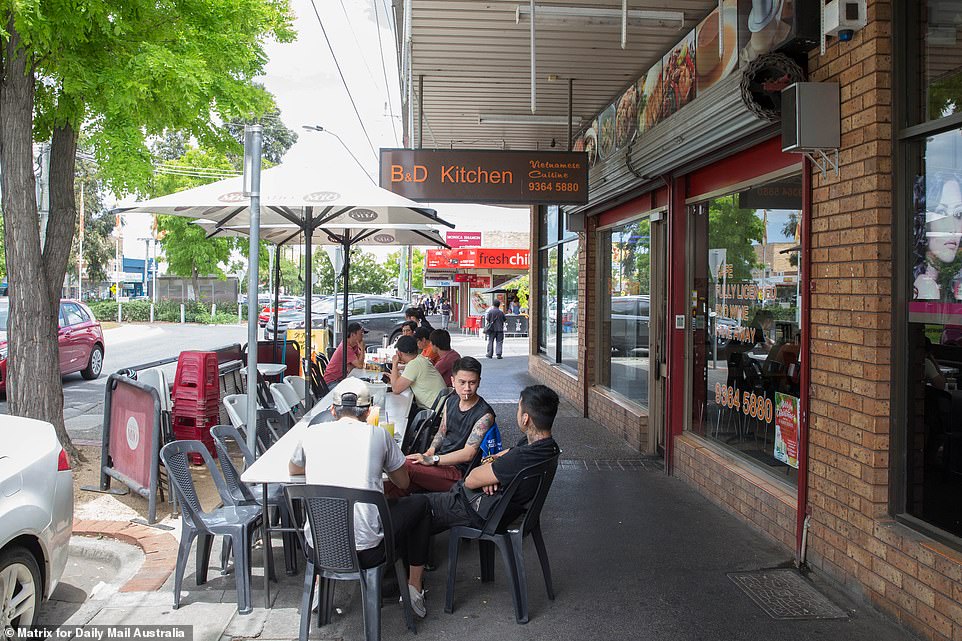 Shopkeepers on Alfreida Street say the youths are often organised, and use girls to scope out victims and act as lookouts

Shopkeepers on Alfreida Street say the youths, sometimes still dressed in their school uniforms, are often organised, and use teenage girls to scope out victims and act as lookouts.

Mr Tran said his customers were fed up with the senseless violence.

‘The Vietnamese – they fight back,’ he said.

‘We worry that they’ll come back. We stay inside. People are scared.’

Shopkeepers claim until this week, police were hardly ever to be seen on Alfreida Street.

‘I don’t usually see any police here. On the main road, I see maybe two, three guys over there, but out here we don’t see them,’ Mr Tran said.

It is a sentiment shared by many on Alfreida Street.

Unlike Mr Tran, they are too afraid to be photographed or have their names mentioned in print. Ricky Ta, a sales associate from the Optus shop, says he lets thugs take what they want because police won’t do anything

Ricky Ta, a sales associate at a nearby Optus outlet, said he had also had a run in with a gang of African teens.

Thankfully no one was hurt.

‘We have insurance, so we just let them take what they want. The police don’t do anything about it,’ he said.

Phone services in St Albans are booming as victims of crime flow into the Alfreida Street shops to replace the ones stolen by the thugs.

But being a phone salesperson on Alfreida Street is as risky as being a 1970s bank teller.

Nearly everyone on the street has a story of dread to tell.

They have all had violent run-ins with the thugs.

They all say the same thing: where are the police? 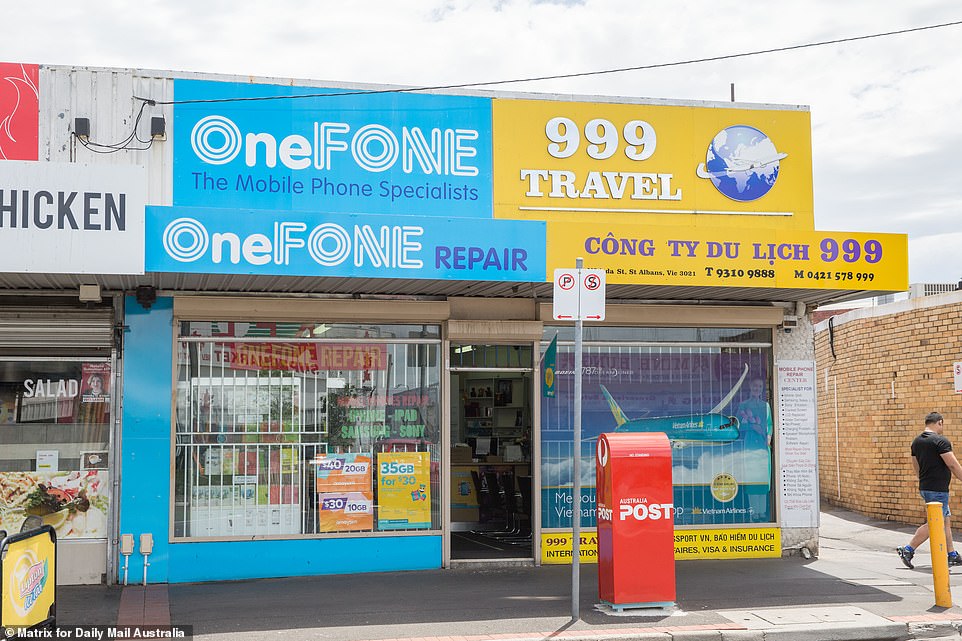