Fears of chaos on Britain’s rail network during the festive period has prompted the government to appoint a travel tsar to help 2.2million people get home for Christmas.

Ministers are preparing urgent plans to prevent Christmas getaway chaos amid fears huge numbers of people will be unable to join their families during the five-day relaxation of coronavirus restrictions.

People across the country are expected to travel to see family for Christmas after Prime Minister Boris Johnson announced this week that three households could mix for five days over the festive period.

Guidance laid out this week said people should not travel before December 23 or after December 27, prompting fears rail services will be overcrowded as people make their journeys at the same time.

In response, a Christmas transport tsar has been appointed for the first time in Britain to work on preventing a meltdown of the railway network, and has been given the power to force networks to employ extra carriages.

People across the country are expected to travel to see family for Christmas after Prime Minister Boris Johnson announced this week that three households could mix for five days over the festive period, prompting fears of overcrowding at stations and in train carriages 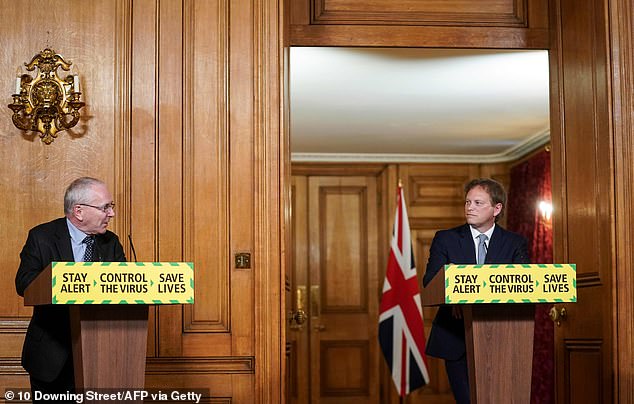 Sir Peter Hendy, the former Olympic Tube boss and who is currently the chairman of Network Rail, has been tasked looking into whether road, rail and air links in Britain will be fir for purpose when festive travel kicks in, according to The Telegraph.

His most daunting challenge will be ensuring that the rail network runs smoothly from December 23 to 27. Britain’s rail network normally sees 2.2 million people return home between Christmas and New Year.

Train operators have warned that accommodating so many people will be impossible without breaking social distancing rules, with many trains having enough space for standing room only during the festive period.

Cheaper advance train tickets for Christmas travel only went on sale on Friday, about eight weeks later than usual, due to delays in finalising timetables during the pandemic.

Meanwhile, the government is also said to be considering running extra trains and suspending some engineering works in order to avoid overcrowding.

This comes amid warnings that social distancing will be impossible in trains, as demand is likely to outweigh supply.

Train capacity is currently limited to around a fifth of normal levels in order to maintain social distancing between passengers. In addition, parts of the railway network are due to be shut down for engineering work.

On Friday and far later than usual, advanced rail tickets for the holiday period went on sale, giving ministers an indication of how many people intend to travel, and less than a month to plan for the rush.

The Department of Transport said this will help to ‘inform the further measures taken to help people travel safely and with minimal disruption’, and analysis on sales of advanced tickets will be published next week. 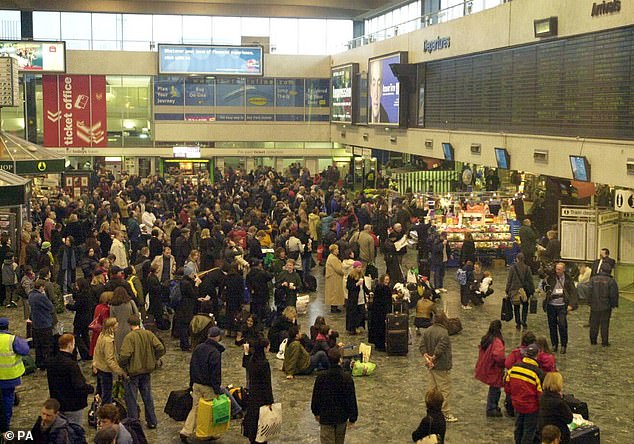 Christmas chaos at Euston Station, London, with the festive getaway causing rail misery last year. Many fear that scenes like this could be seen this year during the coronavirus pandemic

Grant Shapps, the transport secretary, has said plans to avoid overcrowding will include ‘running longer trains and relaxing rules to allow more types of coaches to run’, with a suggestion that all passengers will have to pre-book all seat types.

Due to the rail network’s current ‘limitations’ on handling large passenger numbers, Mr Shapps urged people ‘not to travel’ where possible earlier this week.

‘We are going to be appealing to people to look very carefully at the transport route they take and of course even making a choice about whether they travel at all,’ he said.

The Minister has also reportedly told train operators and Network Rail to submit proposals designed to limit overcrowding, with most concerned with Sunday 27 – which will see a heavily reduced weekend service. 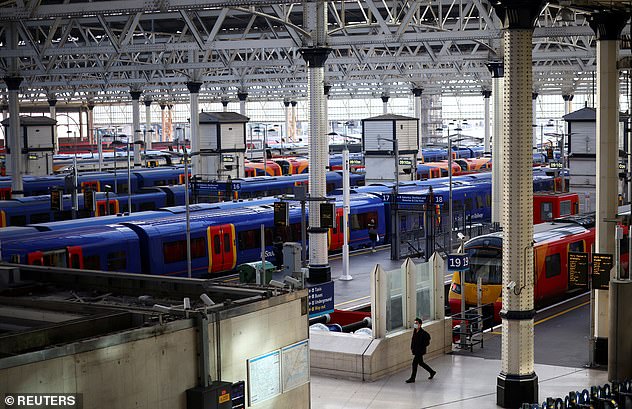 Rail networks are exploring options on how to avoid overcrowding, with sources saying measures to ban walk-on ticket sales could be introduced. Pictured: Waterloo earlier this week

However, the possibility of increasing carriages and cancelling engineering work at short notice has enraged rail bosses, who have called a sudden request to increase services in four week’s time a ‘recipe for disaster’.

Engineering work in particular is planned several years in advance, with bosses saying that delays can have a knock-on effect on the railway’s long-term reliability.

In one example, King’s Cross station, one of the busiest stations in the country, is set to be closed for six days from Christmas day for works.

Speaking to The Times, one industry leader said that operators were hugely reliant on volunteers to work over Christmas, with most holiday leave already being booked.

‘If we had been given some notice this could have been quite easily done but a request this late in the day is just ludicrous,’ the source told the newspaper.

‘The real danger is that we put on lots of extra trains and then end up cancelling them on the day when we can’t get the staff.’ 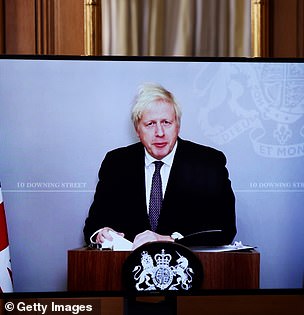 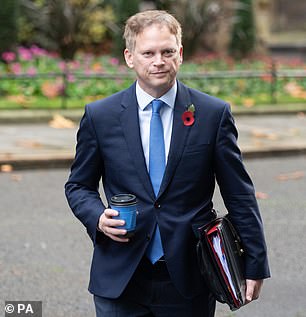 Sir Peter Hendy will have the power to tell operators to make improvements to timetables and will also report back to ministers about where he thinks potential problems may arise on the network.

He has been asked to ‘rigorously scrutinise the winter preparedness plans of all transport operators to ensure journeys are smooth and safe’, the Department of Transport said.

The news that long distance lines could accept only pre-booked tickets has promoted calls for more carriages to be added to cope with rising passenger numbers.

Paul Tuohy, CEO of the Campaign for Better Transport, told The Telegraph if booking restrictions were introduced, extra carriages should be added to trains to make sure demand is met.

He added: ‘Millions of people rely on the railway each Christmas to see friends and family and this year will be no different.

‘Train companies need to ensure that there are enough seats for everyone who wants to travel by train this Christmas, whether that means extra services or extra carriages.’