The poisonous giant hogweed, ‘Britain’s most dangerous plant’ that can cause severe burns or even blindness when touched, has returned with a vengeance due to this year’s warm weather.

However within its coarse haired stems and purple blotchy leaves the giant hogweed harbours toxin-bearing sap.

When in contact with the skin and activated by sunlight the toxin binds with DNA in the skin cells, causing them to malfunction and die, resulting in burns and blisters.

This year has seen a particularly strong resurgence of the plants across the UK due to several weather factors, with experts warning that we may be losing the battle to eradicate the species.

Guy Barter, chief horticulturist at the Royal Horticultural Society, told The Times that flooding was one of the reasons the plant pest had done well this year as seeds from the plant had washed down streams to previously untouched areas. 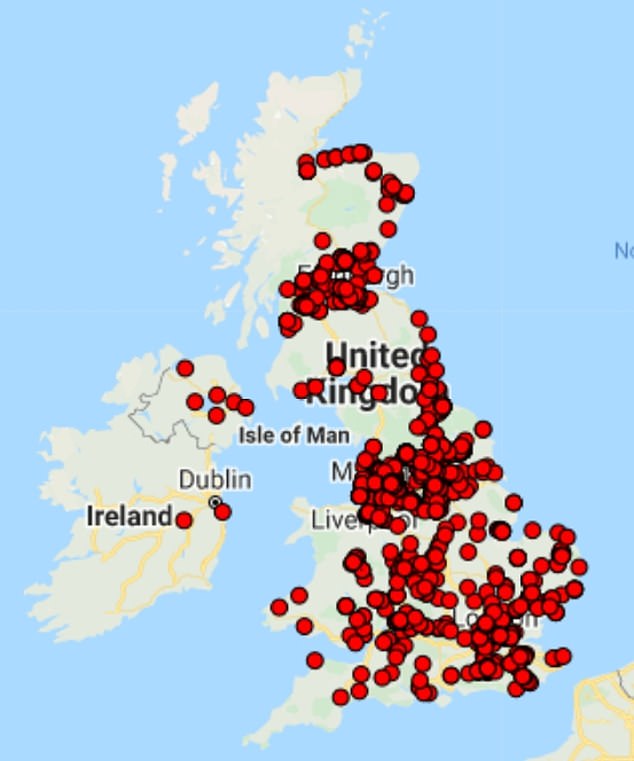 The proliferation of giant hogweed in May 2020, as warm weather and flooding helps spread

He warned that anyone attempting to remove the plant should wear full protective clothing and do so on an overcast day so that sunlight does not activate the sap should it get on your skin.

Adding: ‘It can cause some very nasty injuries which take a long time to heal.’

One victim of the DNA altering toxin was horticulturist Dean Simmons from Taunton, Somerset, who described the horrific burns as ‘pure agony’.

‘Because of my job, I had knowledge of this plant and was still caught out,’ he warned.

‘I was out fishing and didn’t see it until it was too late – and a day later I was on morphine,’ he told the BBC. 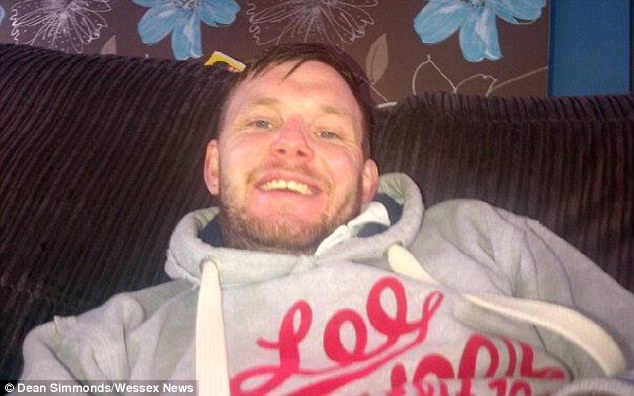 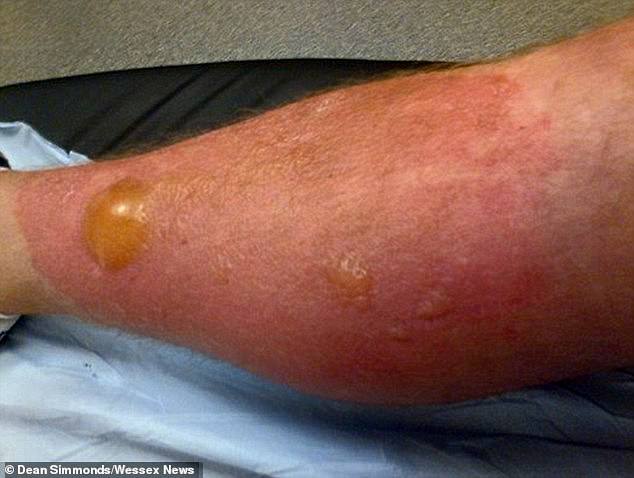 ‘Because of my job, I had knowledge of this plant and was still caught out,’ Mr Simmons warned (his injuries pictured)

Giant hogweed, which can grow to nearly 20ft tall, comes from Georgia and the Caucasus mountains in southern Russia.

It was introduced to this country by Victorian plant hunters in the 19th century and now grows wild.

Effectively the toxic sap prevents the skin from protecting itself from sunlight, which can lead to very bad sunburn and scarring.

If accidentally rubbed in the eyes, the sap can cause temporary or even permanent blindness.

Anyone who comes in contact with the weed is advised to cover up the affected area, to prevent the sap reacting with sunlight, and to wash it with soap and water.

The weed kills off rival native plants by growing so fast and big that it blots out their sunlight.

It tends to grow alongside rivers and canals, meaning many unsuspecting members of the public may come into contact with it.

Mike Duddy, from Mersey Basin Rivers Trust, told The Times that the plant was Britain’s most dangerous, adding that most people are aware of the dangers of others such as foxglove and deadly Night Shade.

He believes that over the last three decades ‘proliferation has got worse every year’.

Keith Cooper, of Howdon, Tyne and Wear, was hospitalised by the plant’s toxic sap after he went to look at a ‘pretty plant’ that his wife Maria had seen in the undergrowth.

The 50-year-old did not realise he had stumbled across some giant hogweed and doctors warned he will not be able to expose his badly-burnt right leg to sunlight for seven years.

‘We were walking the dog near the coast road when my wife stopped to admire a plant and she asked if we could have one for our garden,’ the father-of-two said.

‘The sap rubbed against me but I didn’t realise as it didn’t hurt. I just thought I had been bitten. It was only when I got home that my right leg flared up and it started blistering. 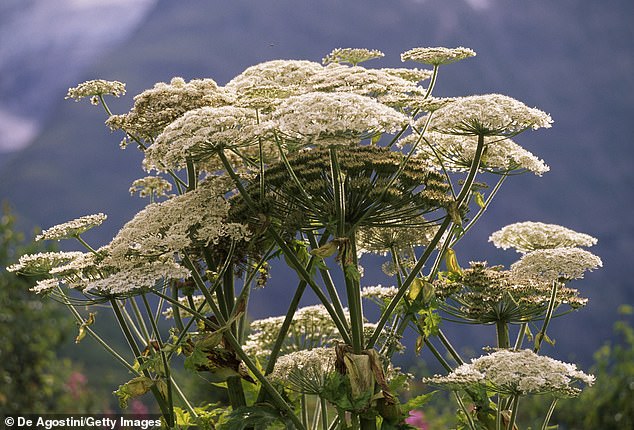 Giant hogweed (pictured): Toxic sap prevents the skin from protecting itself from sunlight

‘I’ve been told I can’t put my leg in the sun for the next seven years.

‘If I do, the sun will blister it again because the injury has taken all the skin’s natural UV protection away.’

Mr Cooper had developed phytophotodermatitis, a disorder which makes skin hypersensitive to ultraviolet light and can last for years.

The giant hogweed has recently been seen in Painswick in the Cotswolds, Stonehouse in Gloucestershire and near Ross-on-Wye in Herefordshire, according to The Times.

How can giant hogweed be controlled?

The plant can be controlled very effectively with a simple, over the counter weed killer, said Mike Duddy, one of the country’s leading experts on giant hogweed.

‘The chemical is called glyphosate, the brand name is Round Up, it’s a simple, over-the-counter, B&Q weed killer. But people have to recognise the plants to identify it.’

Local authorities are also required to kill any plants they find growing in their area.

Local authorities who find the plant growing on a person’s land can give them a fixed penalty fine of £100.

‘If this is growing in your garden it’s your responsibility to get rid of it’, Mr Duddy warned.

Those who see the plant growing in a public place should report it to the Environment Agency, through their website called Plant Tracker.