Are your calls safe? How Chinese tech giant Huawei is taking over Australia by stealth and raking in $650MILLION despite security concerns which led to its 5G ban and US and UK blacklisting

By Charlie Coë and Stephen Johnson For Daily Mail Australia

Chinese tech giant Huawei is continuing to secure lucrative contracts in Australia despite being banned from the country’s 5G network amid growing global spying concerns.

The revelation the company is still heavily investing in Australia’s private and state-based infrastructure comes just days after the British government announced it would be stripping the firm’s equipment from its 5G network by 2027.

Huawei made more than $650million in total from its business in Australia last year, including an estimated $460million from selling telecommunications equipment to Australian carriers.

The firm sold equipment to mobile phone carriers including Vodafone and Optus to help build their 3G and 4G networks. 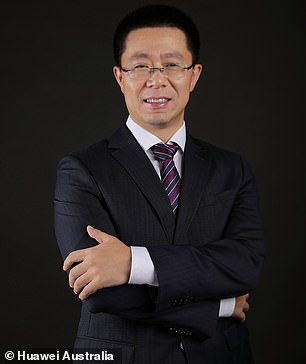 Another $49million was earned from their construction of Wi-Fi networks for private companies in Australia and the firm is poised to win business with Brisbane’s Cross River Rail project – which is scheduled for completion in 2024.

Huawei is also being considered for a planned solar farm being built by eco-energy company EIWA near Bundaberg in central Queensland, finalised a second contract with NSW Rail, and is working with two solar farms in Victoria, News Corp reported.

‘There are lots of technologies being developed or that have been developed where this same issue will come up,’ he said.

In response to Mr Hanson’s comments, a Huawei Australia spokesperson told Daily Mail Australia the ASPI was unfairly ‘stoking up fear’ about the company.

‘Huawei has operated safely and successfully here in Australia for sixteen years and our 4G technology serves millions of Australians on the Vodafone and Optus networks – we comply with all local laws and regulations,’ the spokesperson said.

‘ASPI is basically seeking to drive Chinese technology companies out of the Australian market – they have already targeted Huawei and are now focusing on TikTok and in the future are clearly aiming their guns at Chinese IT companies.’

Huawei Australia chief executive Hudson Liu added the company was committed to finding new opportunities Down Under despite being banned from the 5G network.

‘We have excellent products in things like Wi-Fi 6 that can deliver 10 gigabit per second broadband throughput to places like sports stadiums, shopping centres and so on as part of our enterprise products,’ he said. 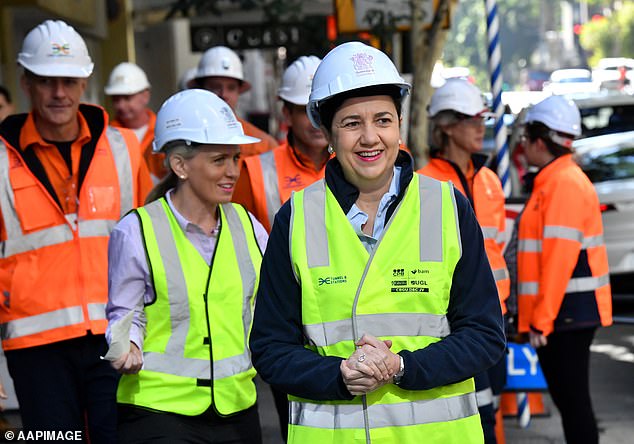 Huawei is one of five Chinese companies blacklisted in the US from applying for government contracts.

The move, which will delay the deployment of 5G technology by up to three years and add billions to the cost, came after the UK’s experts warned that highly restrictive US sanctions meant the security of Huawei’s equipment could not be guaranteed.

Beijing responded by warning Chinese businesses could pull out of the UK.

Liu Xiaoming, China’s Ambassador to the UK, said ‘the way you treat Huawei will be followed very closely by other Chinese businesses’ as he said the decision had ‘undermined the trust between the two countries’.

HUAWEI’S HISTORY OF BANS IN AUSTRALIA

One of her Liberal successors Malcolm Turnbull extended the ban to 5G mobile in August 2018, the same month he faced two leadership challenges from Home Affairs Minister Peter Dutton that led to Scott Morrison becoming PM.

Chinese law compelling tech firms to cooperate with the Communist Party government on intelligence gathering has also made the United States nervous – it too prohibits Huawei from installing 5G mobile.

His ties to the Chinese Communist Party have made governments nervous, from Australia to India.

‘There’s risk of Huawei being used to enable either espionage or sabotage,’ he said.

‘The Chinese Communist Party has great control over enterprises. They prioritise their own security over anything else.’ 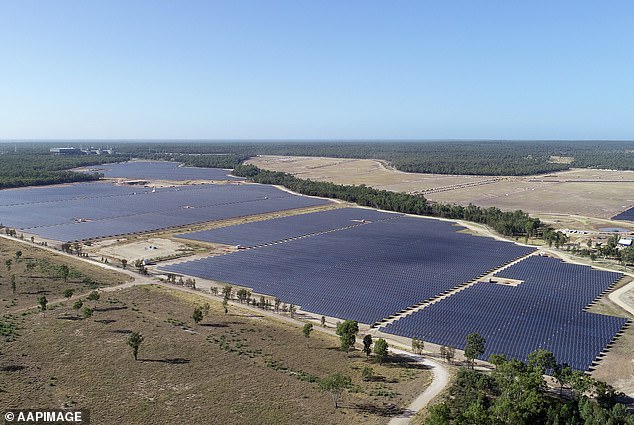 The controversial firm is also reportedly being considered for a planned solar farm being built by eco-energy company EIWA. Pictured is a Darling Downs solar farm near Dalby in south-east Queensland