Could smoke CANCEL Australian Open matches? Fears tennis stars may be unable to play because of haze caused by the bushfires

There are growing fears that Australian Open matches could be cancelled as toxic bushfire smoke engulfs Melbourne.

Hazardous smoke swamped the city on Monday, just two weeks before the international tennis competition is set to kick off at Melbourne Park.

While some rain fell on affected fire areas, Melbourne itself was blanketed in a smoky haze, and the Environment Protection Authority officially described the air quality as ‘very poor’.

The air quality index moved up to 210, which is a level considered ‘very unhealthy’.

While Tennis Australia previously said cancelling or a delaying the event would be extremely unlikely, health experts said athletes exercising in polluted air could get extremely sick.

Breathing in toxic fumes during intense exercise would be akin to getting viral bronchitis or being exposed to a lot of cigarettes.

Respiratory medicine expert for the Cancer Centre Professor Louis Irving asked how organisers would respond if a player had to stop mid-match because they couldn’t breath, WA Today reported.

‘The air quality can improve pretty quickly … so if I was having to make a decision about whether people play tennis in polluted air I would treat it like a very high temperature day. It’s better to be safe than sorry.’

He said some players also may not know they have ‘exercise-induced asthma’.

‘Although all tennis players will be super fit it is possible some of them have reactive airways related to the fact they do a lot of exercise and they may or may not know it.’ 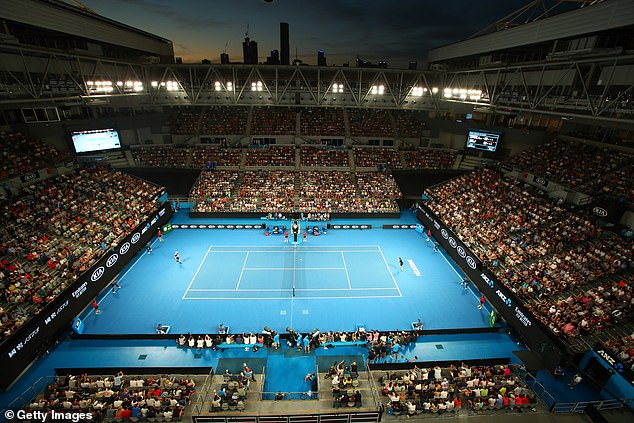 Novak Djokovic has been among those who have expressed concerns about health hazards for the opening major of 2020, with the main draw beginning on January 20.

Some lower-ranked players have already started arriving in Australia.

Tennis Australia chief Craig Tiley said if there are dangerous levels of smoke around the courts and medical professionals think a match should be stopped, umpires will stop the game.

‘Assessing the likelihood of smoke-induced interruptions is a bit like how we treat heat and rain. 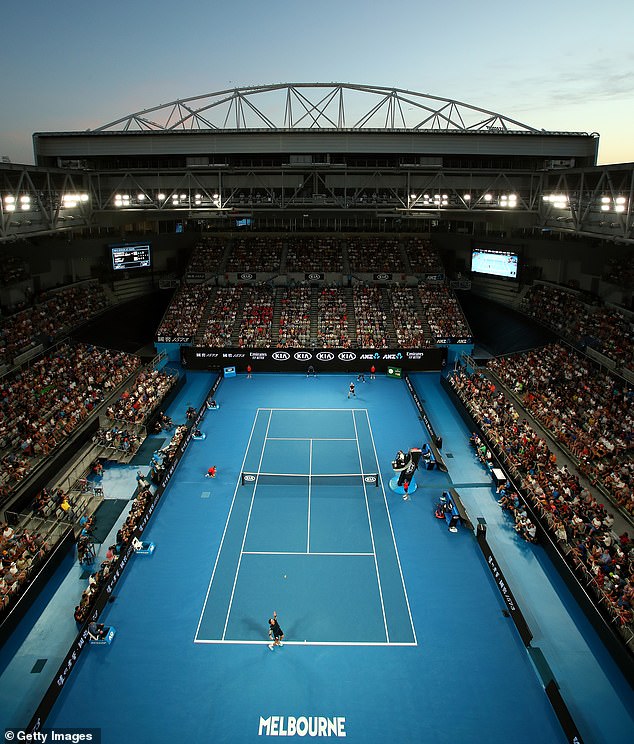 The first round match between Andy Murray of Great Britain Roberto Bautista Agut of Spain during day one of the 2019 Australian Open at Melbourne Park on January 14, 2019

‘We have experts who analyse all available live data as specific to our sites as possible and consult regularly with tournament officials and, in the case of heat and smoke, medical experts.

‘We are working closely with medical personnel and local experts on site to ensure we have the best possible information available to make any decisions regarding whether play should be halted at any point.’

The site also has eight indoor practice courts which, while not set up for spectators, could theoretically take the number of protected courts used to 11 in a worst-case scenario.

Air quality is still poor in much of Victoria.

A total of 14 fires are burning throughout the state. The number has been decreasing as existing fires merge.