The The US Department of Homeland Security is reportedly worried that face coverings will stymie the police’s use of facial recognition technology.

According to a report from The Intercept, a bulletin drafted by the DHS discusses the effects of widespread use of face coverings in a correspondence with other federal agencies, including Immigration and Customs Enforcement (ICE).

‘The potential impacts that widespread use of protective masks could have on security operations that incorporate face recognition systems — such as video cameras, image processing hardware and software, and image recognition algorithms — to monitor public spaces during the ongoing Covid-19 public health emergency and in the months after the pandemic subsides,’ reads the bulletin according to The Intercept.

The bulletin, which was obtained via a trove of police documents leaked in the ‘BlueLeaks’ hack on law enforcement agencies, mentions that the masks could be used by extremists to avoid facial recognition technology but says there is no current evidence that any such group is currently doing so.

‘[There is] no specific information that violent extremists or other criminals in the United States are using protective face coverings to conduct attacks,’ reads the document.

Facial recognition technology has risen to prominence among law enforcement in the US and around the world as a tool to identify and track suspects with the help of companies like Amazon and IBM who design the sophisticated AI software.

In recent months, the technology has also been used to track protesters of police brutality and supporters of Black Lives Matter in cities like San Diego.

Companies have reportedly tried to adapt their algorithms to recognize masked faces according to The Intercept, but there’s no evidence that those systems can identify faces accurately.

Some of those efforts have involved photoshopping masks onto people’s faces in an effort to familiarize AI with the process. 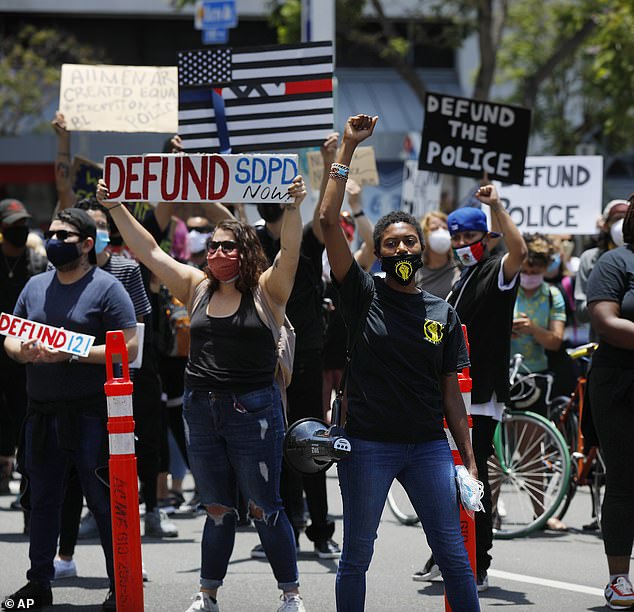 As noted by The Intercept, Homeland Security’s Customs and Border Protection has claimed that the software the agency uses to scan international travelers has had some success with masks.

Subjects scanned by CBP are directly facing the camera, however, making it much easier to discern specific facial characteristics.