Federal authorities are demanding that an ancient artifact known as the Gilgamesh Dream Tablet be returned to Iraq after it was ‘looted’ from the country several years ago and sold to Hobby Lobby.

According to a complaint filed on Monday, the tablet bears a Sumerian epic poem that is considered one of the world’s oldest works of literature and dates back to 1800 BC .

Officials said the artifact, which was featured at the Museum of the Bible in Washington, DC, after Hobby Lobby purchased it for $1.6million in 2014 from an auction house.

According to federal prosecutors in the Eastern District of New York, the rare tablet was ‘pillaged’ from Iraq ‘and years later sold at a major auction house, with a questionable and unsupported provenance’. 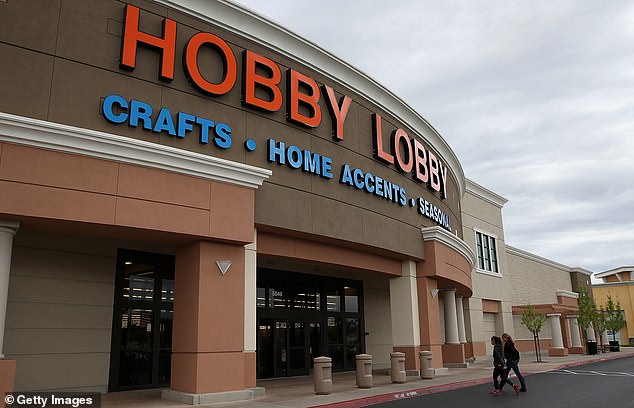 Officials said the artifact, which was featured at the Museum of the Bible in Washington, DC, after Hobby Lobby (file image) purchased it for $1.6million in 2014 from an auction house. According to federal prosecutors, the rare tablet was ‘pillaged’ from Iraq

An investigation found that the auction house lied about the artifact’s origins when it was sold to the Oklahoma-based arts and crafts retailer.

‘Despite inquiries from the Museum and Hobby Lobby, the Auction House withheld information about the tablet’s provenance,’ the complaint reads, adding that the tablet was seized from the museum by law enforcement agents in September 2019.

‘Whenever looted cultural property is found in this country, the United States government will do all it can to preserve heritage by returning such artifacts where they belong,’ stated United States Attorney Richard Donoghue.

‘In this case, a major auction house failed to meet its obligations by minimizing its concerns that the provenance of an important Iraqi artifact was fabricated, and withheld from the buyer information that undermined the provenance’s reliability.’

According to a lawsuit cited by The New York Times, the tablet was purchased by an unidentified antiquities dealer in 2003 from the family of the former head of the Jordanian Antiquities Association.

The lawsuit alleged that the official, Ghassan Rihani, sold items looted by Iraqi soldiers during their occupation of Kuwait in 1991.

After the tablet was imported and cleaned, experts in cuneiform recognized it as a portion of the Gilgamesh epic in which the protagonist describes his dreams to his mother.

The protagonist’s mother interprets the dreams as foretelling the arrival of a new friend. She tells her son: ‘You will see him and your heart will laugh.’

In 2007, antiquities dealer allegedly sold the Gilgamesh Dream Tablet with a false provenance letter that stated the tablet had been inside a box of miscellaneous bronze fragments purchased in a 1981 auction. 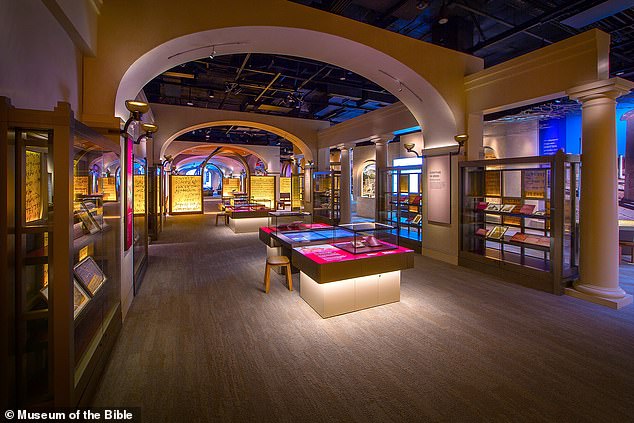 The Epic of Gilgamesh: One of the first great works of literature 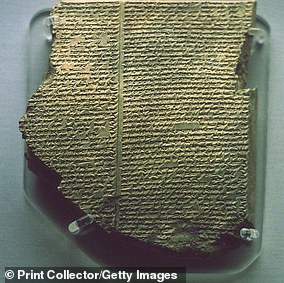 The Epic of Gilgamesh is a poem from ancient Mesopotamia that dates back to 18th century BC.

The literary history of Gilgamesh begins with five poems about Bilgamesh (Sumerian for ‘Gilgamesh’), king of Uruk, from the Third Dynasty of Ur.

The first half of the story discusses Gilgamesh and Enkidu, a man created by the gods to stop him from oppressing the people of Uruk.

After an initial fight, Gilgamesh and Enkidu become close friends. Together, they journey to the Cedar Mountain and defeat Humbaba, its guardian.

Later they kill the Bull of Heaven, which the goddess Ishtar sends to punish Gilgamesh for spurning her advances. As a punishment for these actions, the gods sentence Enkidu to death.

In the second half of the epic, distress about Enkidu’s death causes Gilgamesh to undertake a long and perilous journey to discover the secret of eternal life.

He eventually learns that ‘life, which you look for, you will never find. For when the gods created man, they let death be his share, and life withheld in their own hands’.

The first surviving version of this combined epic, known as the ‘Old Babylonian’ version, dates to 18th century BC.

It is titled after its incipit, Shūtur eli sharrī (‘Surpassing All Other Kings’) and only a few tablets of it have survived.

The later ‘Standard’ version dates from the 13th to the 10th centuries BC and bears the incipit Sha naqba īmuru (‘He who Sees the Unknown’).

This false provenance letter traveled with the tablet and was provided to the auction house by a later owner.

Despite the advisory, the auction house ‘represented to Hobby Lobby that the tablet was purchased in the 1981 auction’.

Hobby Lobby purchased the tablet in a private sale in 2014.

According to the complaint, in response to Hobby Lobby’s request for more details in connection with the purchase and the museum’s expression of discomfort with the provenance in 2017, the auction house ‘advised both that the antiquities dealer had confirmed the details of the provenance’.

‘However, the auction house withheld the false provenance letter and the antiquities dealer’s name from Hobby Lobby and the museum,’ the filing reads.

The museum has been cooperating with the government’s investigation and said it fully supports the effort to return the tablet to Iraq.