By Natalie Evans For Dailymail.com

Federal authorities seized more than 200 pounds of cocaine at a port in Southern California in late January, it was announced Friday.

The two massive shipments, totaling 221 pounds, is the largest seizure of cocaine at Port Hueneme in Ventura County in 25 years, officials said.

The first bust at the port, around 60 miles northwest of Los Angeles, was made on January 22. Authorities seized 204.2 pounds of cocaine on board a cargo ship from Ecuador.

Six days later, on January 28, seven more bundles totaling 17.5 pounds were discovered on a ship from Guatemala. Both hauls were concealed beneath the floorboards of the ships, according to ABC News.

Customs and Border Protection officials found 80 bundles of cocaine weighing 204.2 pounds in a ship from Ecuador at Port Hueneme, California, on January 22 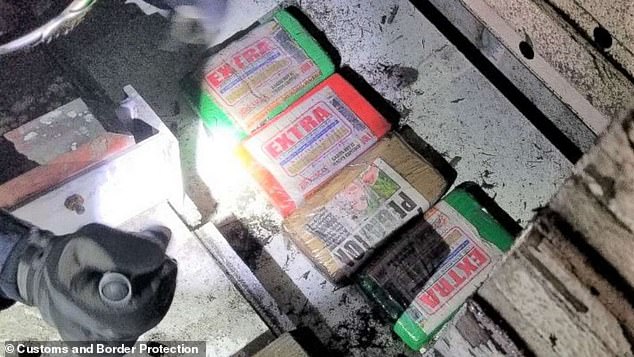 A further seven bundles of cocaine weighing 17.5 pounds were discovered on a ship from Guatemala at the same port six days later on January 28

Customs and Border Protection, Home Security Investigations and Immigration and Customs Enforcement worked together on the seizure.

‘CBP plays a critical role in the effort to keep dangerous drugs from illegally entering the country. Specifically, by leveraging a comprehensive, multi-layered, intelligence driven, and threat-based approach to enhance the security of our seaports, we can diminish the effectiveness of transnational criminal organizations drug operations,’ Carlos C. Martel, CBP director of Field Operations in Los Angeles, said in a statement to ABC news. 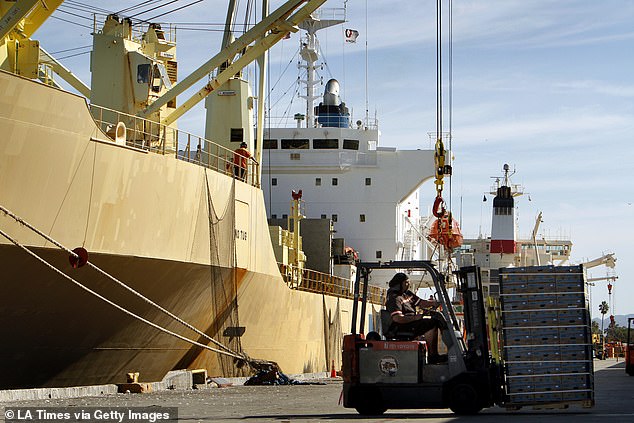 The two massive shipments, totaling 221 pounds, is the largest seizure of cocaine at Port Hueneme (pictured) in 25 years, officials said

The seizures came just after after another huge drug bust on January 11, where 1.7 tons of methamphetamine was found at the Los Angeles/Long Beach seaport. Australia and U.S. Authorities worked together on the joint bust. 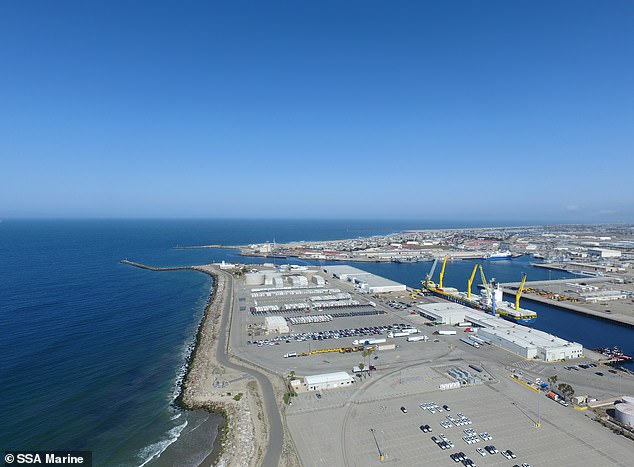 The busts were both found aboard ships at Port Hueneme in Ventura County, about 60 miles northwest of Los Angeles, coming from Central and South America

Customs and Border Protection, Home Security Investigations and Immigration and Customs Enforcement worked together on the seizure

The shipment included 3,810 pounds of meth, 55.9 pounds of cocaine and 11.5 pounds of heroin. Officials in Australia quoted the total street value of the bust at $1.29 billion.

There have been no arrests following the busts at Port Hueneme, but an investigation is still ongoing, according to CBP.