Federal judges have ruled North Carolina’s congressional map as unconstitutional after it was allegedly gerrymandered by Republicans in 2016.

The Greensboro-based court also raised the possibility of directing the GOP-dominated legislature to redraw the maps by mid-September so they could be in effect for the fall elections, or getting an outside expert to do so.

The printing of ballots has been delayed while other fall election matters are in court.

A three-judge panel has ruled North Carolina’s congressional maps are unconstitutional after they were allegedly drawn to favor the GOP. The ruling can potentially hurt Trump’s control of the House as midterm elections approach

‘In such circumstances, we decline to rule out the possibility that the state should be enjoined from conducting any further congressional elections using the 2016 plan,’ U.S. Circuit Judge Wynn, an Obama appointee, wrote in the majority opinion.

He asked lawyers in the case to weigh in by Friday about what should happen next.

However, even the plaintiffs, in their news releases praising the ruling, said they anticipated the Supreme Court would hear appeals during its session starting in October, meaning any new maps probably wouldn’t be used until the 2020 cycle.

Any decision demanding new maps for this cycle likely would risk confusion among voters and be appealed by the Republican legislative leaders being sued.

May primaries were held, and general election candidates are raising money and campaigning in the current districts while approaching a midterm election in which control of the House is at stake.

The groups and individuals that sued, alleged that GOP mapmakers manipulated the lines of the state’s 13 districts in 2016 using political data to ensure Republicans retained a 10-3 majority within the delegation.

The same judges in January deemed the map an illegal partisan gerrymander that violated constitutional protections of Democratic voters.

But the Supreme Court, which had ruled against plaintiffs in a redistricting case in Wisconsin, asked them to take a second look in June.

The sides in the case then filed briefs and provided new evidence.

In Monday’s order covering almost 300 pages, Wynn wrote that at least one plaintiff registered to vote in each of the 13 districts has legal standing to challenge their district – meeting a key element of the justices’ ruling in the Wisconsin case. 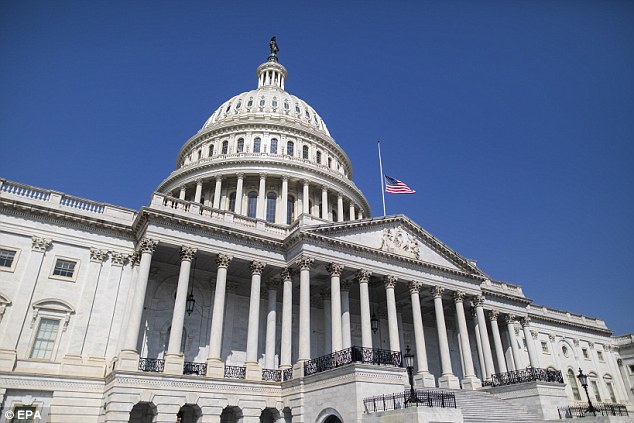 Attorneys for GOP mapmakers had argued the three-judge panel should dismiss the lawsuits because the plaintiffs’ evidence was statewide in nature, not district by district

In each case, the opinion reads, the voter offered evidence showing the district had been twisted so that the person’s vote carried less weight compared to another hypothetical district that hadn’t been packed or split for partisan results.

The U.S. Constitution ‘does not allow elected officials to enact laws that distort the marketplace of political ideas so as to intentionally favor certain political beliefs, parties, or candidates and disfavor others,’ Wynn wrote.

They also ruled that it violated provisions requiring states to be in charge of congressional elections because it dictated electoral outcomes.

Osteen, a Bush appointee, in a separate opinion disagreed with decisions by Wynn and Britt that the map also violated the First Amendment rights of Democrats to freedom of speech and of association.

Judge Britt was appointed by President Jimmy Carter in 1980.

Attorneys for GOP mapmakers had argued the three-judge panel should dismiss the lawsuits because the plaintiffs’ evidence was statewide in nature, not district by district.

‘The decision throws North Carolina into chaos causing maximum voter confusion, and suggests that a court can deny North Carolina citizens their right to vote in November,’ said Pat Ryan, a Berger spokesman.

Bob Phillips, executive director of Common Cause North Carolina, called the ruling a historic win for voters, and a significant step towards finally ending gerrymandering.’

The map was redrawn in 2016 because other federal courts determined two districts originally drawn in 2011 were illegal because of excessive racial bias.

‘We continue to lament that North Carolina voters now have been deprived of a constitutional congressional districting plan – and, therefore, constitutional representation in Congress – for six years and three election cycles,’ he wrote.