Federico Valverde was seen celebrating Ghana’s first-half missed penalty in front of referee Daniel Siebert, with the Uruguayan midfielder avoiding punishment for the action during the World Cup group match.

Uruguay’s players had ferociously appealed against a penalty being awarded, after Sergio Rochet had brought down Mohammed Kudus.

The penalty was given by Siebert after consultation with VAR, with Andre Ayew initially adjudged to have been offside in the build-up. 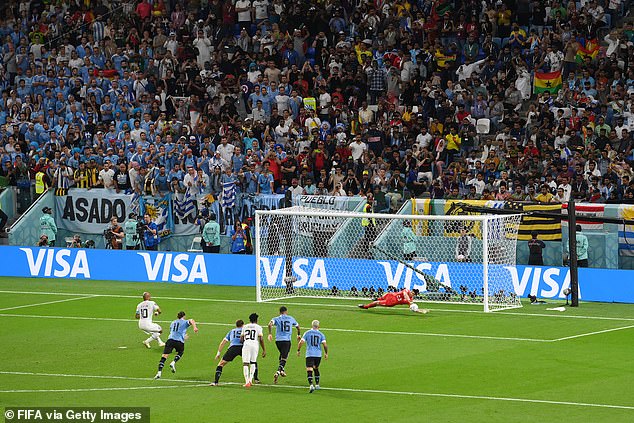 Ayew produced a weak penalty after a staggered run-up, with Rochet diving to his left to successful push away the effort.

Valverde was among several Uruguayan players to race into the penalty area in the aftermath, with the Real Madrid midfielder charging towards Siebert rather than the ball.

The 24-year-old was seen wildly celebrating in front of the German official, but avoided punishment for his reaction.

Valverde’s team-mate Darwin Nunez had been cautioned by the referee in the build-up to the penalty, with the Liverpool forward seen stamping on the spot in an apparent attempt to scuff up the turf.

Uruguay seized control of the match after the penalty save, scoring twice before half-time.

Veteran Luis Suarez proved pivotal in setting up both of Giorgian de Arrascaeta’s goals, 12 years on from his infamous handball against Ghana in the 2010 World Cup quarter-finals. 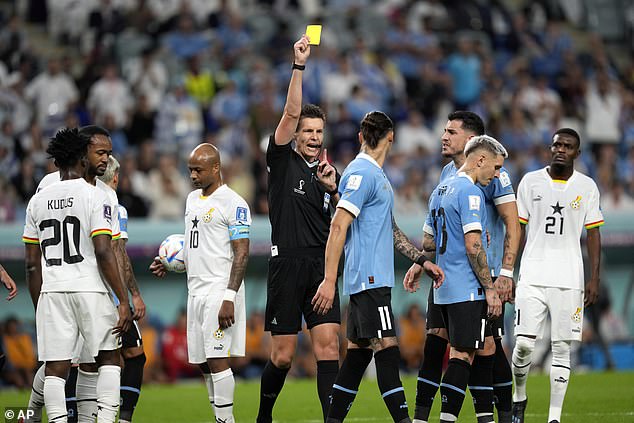 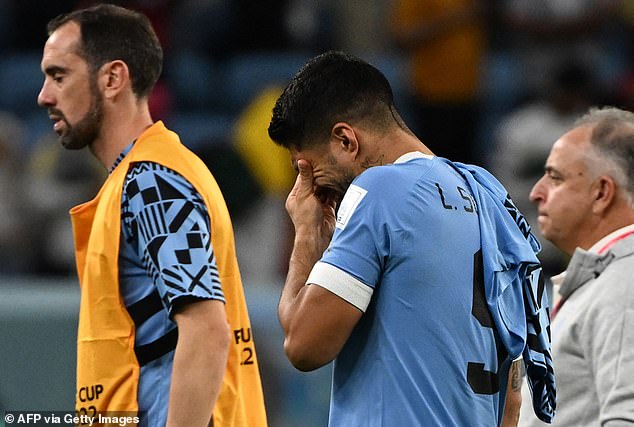 Suarez’s infamous deliberate handball had seen Ghana awarded a penalty which could have seen the nation advance to the semi-finals, only for striker Asamoah Gyan to hit the bar.

La Celeste won the match on penalties to reach the last four, with the controversy having provided the backdrop to the rematch in Qatar.

In a parallel with the 2010 clash when he was seen celebrating the penalty miss after being sent off, Suarez was left watching the final minutes of the rematch from the bench after being substituted.

The veteran was seen in tears after South Korea’s late winning goal against Portugal saw the Asian nation advance to the last-16 as Group H runners-up, with both Uruguay and Ghana eliminated.

Uruguay’s players had angrily reacted to the officials following their 2-0 win against Ghana, after claiming they should have been awarded a late penalty.

The South Americans missed out on the last-16 on goals scored, but would have advanced on goal difference had they scored a late third.