Federal prosecutors investigating the singer R Kelly reportedly discovered more than 20 videos of him having sex with minors.

Robert Sylvester Kelly, 52, was indicted on 18 federal charges earlier this week, including producing producing child pornography, and raping a minor on camera.

The 20-odd tapes were handed over to investigators by members of Kelly’s inner circle, and depict him engaged in sex acts with multiple children, Gerald Griggs, an attorney for the family of alleged victim Joycelyn Savage, told TMZ.

The embattled singer was indicted by a federal grand jury in New York on Wednesday, and on Thursday officers with the New York Police Department along with Homeland Security agents detained him outside his Trump Tower apartment building in Chicago. 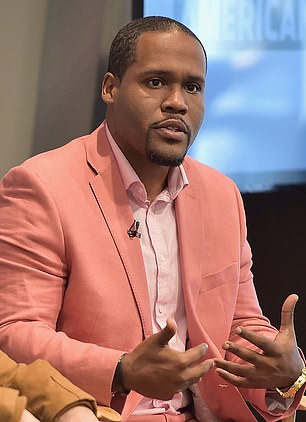 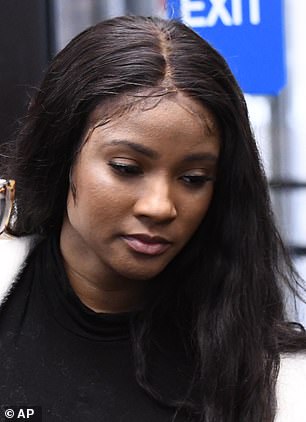 Information about the tapes was provided by Gerald Griggs (left), attorney for the family of alleged victim Joycelyn Savage (right), whose family claim Kelly is keeping her a brainwashed sex slave. The family say they still can’t locate Savage after Kelly’s latest arrest

Because they come from the federal government, the accusations add a new dimension to the allegations against Kelly, who was already facing sexual abuse charges brought by Illinois prosecutors earlier this year.

One federal indictment in Chicago said Kelly arranged for a girl and her parents to travel overseas to prevent them from talking with police prior to his 2002 indictment on 21 counts of child pornography.

The R&B artist allegedly later instructed them to lie to a grand jury about the case. Kelly was acquitted in 2008 of the charges, which accused him of recording a video of sex acts with the girl, who was 12 or 13 when they met in the mid-1990s.

A separate indictment filed in the Eastern District of New York included charges of racketeering, kidnapping, forced labor and the sexual exploitation of a child.

It said Kelly and his managers, bodyguards and other assistants picked out women and girls at concerts and other venues and arranged for them to travel to see Kelly. They also set rules the women and girls had to follow, including not leaving their rooms – even to eat or go to the bathroom – without Kelly’s permission, calling the singer ‘Daddy’ and not looking at other men, the indictment alleges. 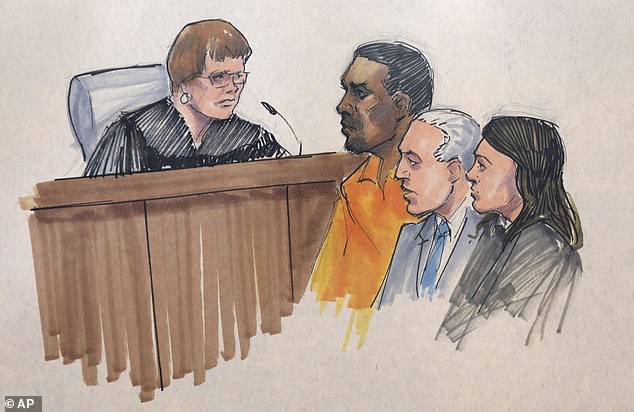 The allegations have swirled for years around Kelly, whom federal prosecutors said Friday was ’emboldened by his fame and the lack of any real consequences.’ The charges come after two documentaries and a series of news articles about the accusations, as well as pleas from prosecutors who have urged new victims and witnesses came forward.

Kelly was arrested Thursday evening while walking his dog ‘Believe’ in Chicago. He appeared in court Friday, standing before the judge in an orange jumpsuit, with his hands clasped behind his back. The only words he spoke during the 15-minute hearing were ‘yes, ma’am.’

He will remain in federal custody at least until Tuesday, when he’s scheduled for a detention hearing. Prosecutors want him held without bail.

His attorney, Steve Greenberg, said the latest charges were ‘not a surprise’ and that Kelly should be allowed to post bail.

‘It’s the worst kept secret he was going to get charged federally, and he hasn’t fled,’ he said following Friday’s hearing.

He also accused the federal government of ‘piling on’ with the new charges and described his client as unflappable despite a series of indictments in recent months.

‘I’m amazed he hasn’t had a complete breakdown in the face of all of this pressure,’ he said. He questioned if the victims referenced in the indictments were actually victims.

‘They’ve charged him in New York with enticing people and encouraging people to have sex with him,’ Greenberg said. ‘I don’t think people accidentally have sex so I’m not really sure what the criminal activity is there.’

The New York indictment alleges that the criminal acts occurred over two decades dating back to 1999, both in the U.S. and overseas. It accuses Kelly of engaging in sexual acts with girls under 18, of having sex with a woman without disclosing that he had a sexually transmitted disease and of producing child pornography.

It says Kelly recorded himself engaged in sex acts with several minor girls and went to great lengths to recover the videos when he realized some were missing from his ‘collection.’ Kelly allegedly made some victims and witnesses take lie-detector tests to ensure they had returned all copies of the videos.

Kelly’s acquittal in his previous child pornography trial came after he and the girl who prosecutors said was in the video denied they were in the footage, even though the picture quality was good and witnesses testified it was them. She did not take the stand. 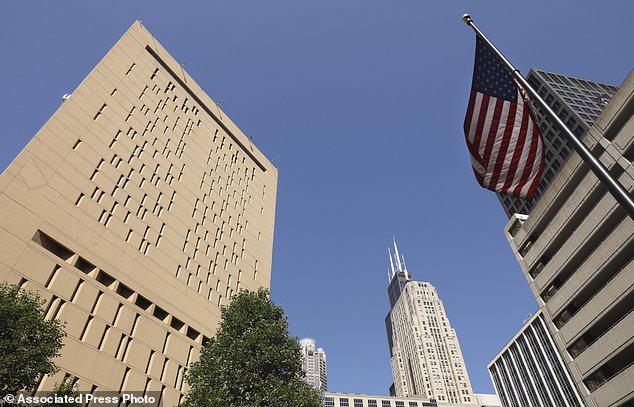 The Metropolitan Correctional Center, left, is seen Friday within the skyline of Chicago where R&B singer R. Kelly is being held after being arrested Thursday in Chicago

The indictment says Kelly continued to make payments to the girl after the trial, and that Kelly also transferred the title on a luxury SUV to the girl in 2013.

Darrell Johnson, a publicist for Kelly, delivered a statement at a chaotic news conference Friday in Atlanta, where he was interrupted seconds after beginning by the family of a woman who lived with Kelly in Chicago. The relatives of Joycelyn Savage pleaded to speak with their daughter.

‘I want to know where my daughter is,’ Timothy Savage, Joycelyn Savage’s father, angrily interrupted Johnson. ‘Where is she at? Answer that question!’

Johnson said he had ‘nothing to do’ with Joycelyn Savage and that she was not being held. In an interview with ‘CBS This Morning’ co-host Gayle King in March, Joycelyn Savage defended her relationship with Kelly and denied reports she was being held against her will.

Kelly was arrested in February on 10 counts in Illinois of sexually abusing three girls and a woman. He pleaded not guilty to those charges and was released on bail.

Then on May 30, Cook County prosecutors added 11 more sex-related counts involving one of the women who accused him of sexually abusing her when she was underage.

Attorney Gloria Allred, who represents three of the victims identified as ‘Jane Does’ in the New York indictment, predicted that long-overdue justice ‘will soon be done.’

‘This is a very positive day for those who allege that they are victims of Mr. Kelly, and it is a day that I’m sure that Mr. Kelly hoped would never come,’ she said.

Kelly is being held in federal custody at the Metropolitan Correctional Center in Chicago.