Feds seize 16.5 tons of cocaine worth more than $1BILLION from cargo ship in Philadelphia bound for Europe

Federal officials say they have seized 16.5 tons of cocaine with a street value of more than $1billion from a cargo ship docked in Philadelphia and bound for Europe.

The drugs were seized on Tuesday at the Packer Marine Terminal from cargo containers aboard the MSC Gayane, which arrived there on Monday after making a port call in Colombia on May 19.

In between, the Liberian-flagged ship also made stops in Peru, Panama and the Bahamas, shipping records show.

Members of the ship’s crew were arrested and federally charged, and the investigation is ongoing, according to the U.S. Attorney for Eastern Pennsylvania.

Shown is the MSC Gayane container ship on the Delaware River in Philadelphia, Tuesday. U.S. authorities have seized more than $1 billion worth of cocaine from the ship 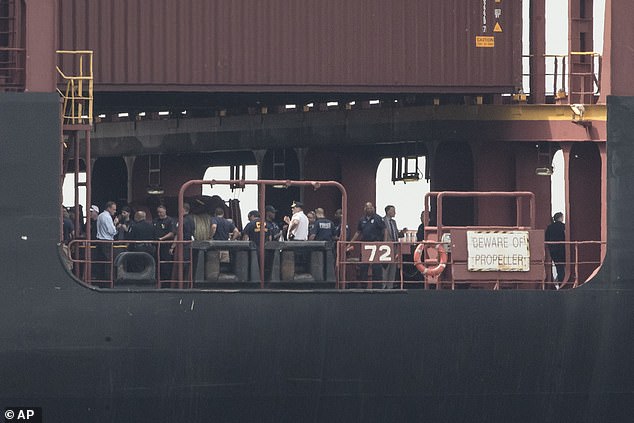 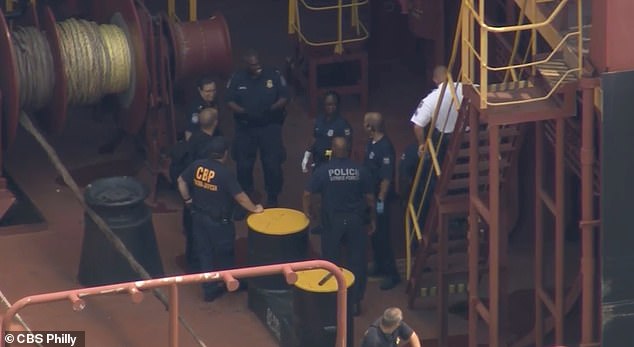 The bust is the largest drug seizure in the history of the Eastern District of Pennsylvania, and among the largest ever in the U.S.

In 1989, 21 tons of cocaine were seized from a warehouse in Sylmar, California.

It is unclear whether the drugs seized on Tuesday were intended for the U.S. or Europe, where the ship was ultimately bound.

‘While the investigation is ongoing, I want to thank all of our federal, state, and local partners for your incredible work so far in this investigation,’ he continued.

The drugs were concealed in seven shipping containers aboard the ship, an official told ABC News.

When agents opened up the containers they saw the drugs in bags, the official said. 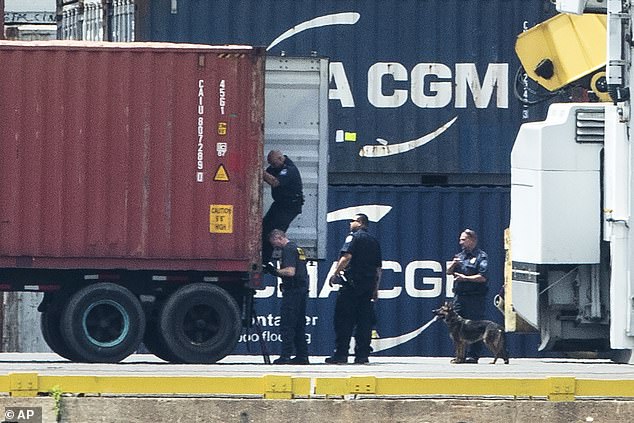 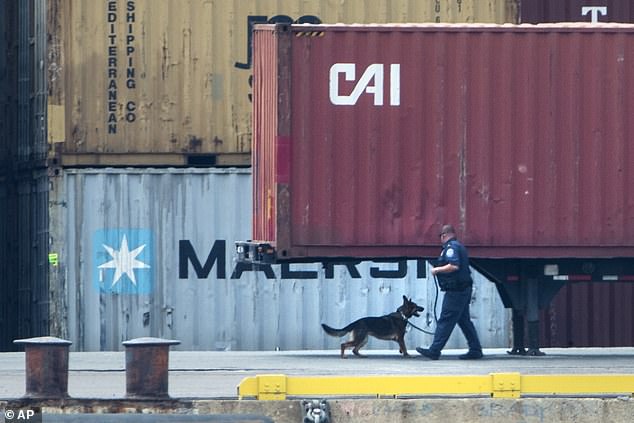 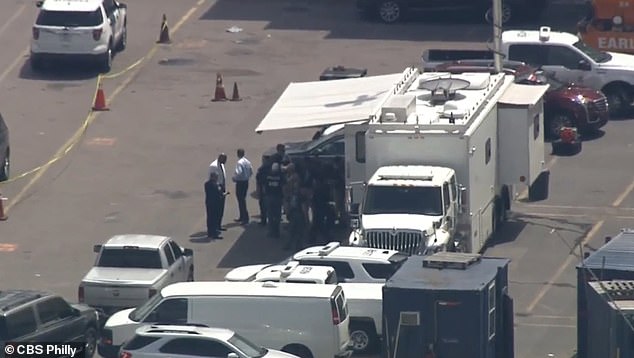 Agents gather at a mobile command post as the ship is searched. Officials said agents seized about 16.5 tons of cocaine from a large ship at the Packer Marine Terminal

The drug seizure is the latest in a series of large cocaine busts along the East Coast.

In a March bust in Philadelphia, drug dogs sniffed out 1,185 pounds of cocaine worth about $38 million – at that time the city’s largest seizure of the drug in more than two decades.

In February, customs agents seized 3,200 pounds at the Port of New York and New Jersey with a street value estimated at $77 million. That was the largest cocaine bust at the ports since 1994.

Experts say that the boom in cocaine trafficking is fueled by excess supply in Colombia, where eradication efforts have been lax in recent years.

The dangerous combination of cocaine with the powerful opioid fentanyl into a modern-day speedball is also creating soaring new demand.

In Philadelphia, fentanyl was detected in a third of all cocaine-related overdose deaths in 2017, a dramatic increase from the year prior, according to the Drug Enforcement Administration.

BREAKING: Chopper 3 is live over the Philadelphia Port where federal sources say up to 15,000 kilos of cocaine was seized during a drug bust. The U.S. Attorney’s Office says 16.5 tons of cocaine worth $1 billion was confiscated. DETAILS: https://cbsloc.al/2WQYSFd