Fekir is the ‘new Hazard’… will he be in the Premier League next year?

Once tipped to be Philippe Coutinho’s successor at Liverpool, French World Cup winner Nabil Fekir could still end up in the Premier League filling the sizable boots of Eden Hazard at Chelsea.

Of all the players in Europe, nobody resembles Hazard on the run more than Fekir, albeit the Lyon player is primarily left-footed while strong with his right.

He is of a similar height and build to the Chelsea man. He can also dribble past defenders with bursts of acceleration, and is extremely good in getting his shots away from the edge of the penalty area. 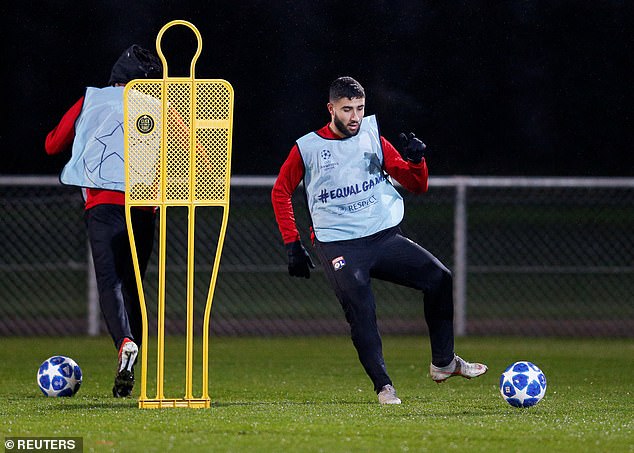 Fekir could still end up in the Premier League, filling the boots of Eden Hazard at Chelsea 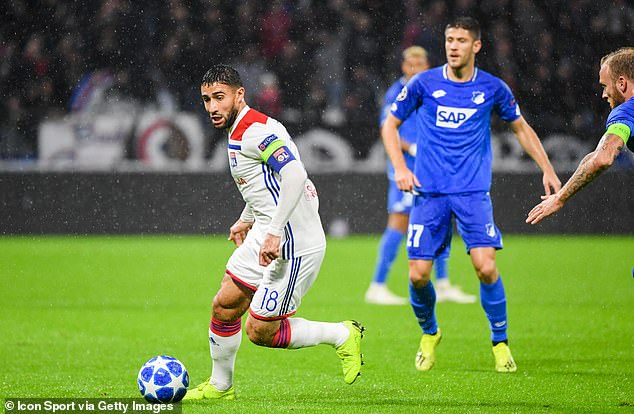 English fans will be able to assess the 25-year-old properly when he takes on Manchester City in the Champions League on Tuesday night.

In the first encounter at the Etihad, Fekir put in a wonderful cross from the left to assist Lyon’s opening goal and then scored the winner with a drilled effort Hazard would have been proud of.

‘He has this ability to create gaps against deep defensive lines with his dribbling ability. He wins free-kicks and can score from them,’ says Lyon coach Bruno Genesio, who has made Fekir captain and expects him to recover from an ankle injury sustained against PSG to face City. 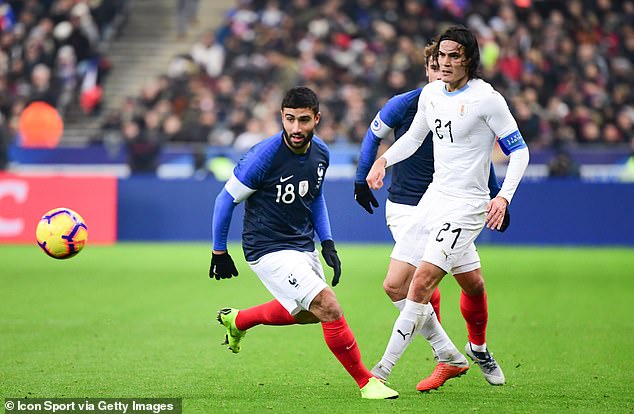 Fekir has also become a star for France, making important sub appearances at the World Cup

There is a certain amount of snobbery towards Ligue 1 in England, where PSG’s frequent run to the title is regarded as a hollow achievement.

It’s not quite fair or accurate. Monaco won Ligue 1 two seasons ago and knocked Manchester City out of the Champions League. Lyon are the only team to have beaten City this season, succeeding where Liverpool, Arsenal and 11 other Premier League clubs have failed.

Fekir had scored 22 goals for Lyon last season including a shot from the halfway line against Bordeaux with his ‘weaker’ right foot that earned comparisons with Zinedine Zidane. He didn’t go to Russia just to make up the numbers.

He featured in every game as a substitute bar the semi-final as Les Bleus won the World Cup for the second time in their history. 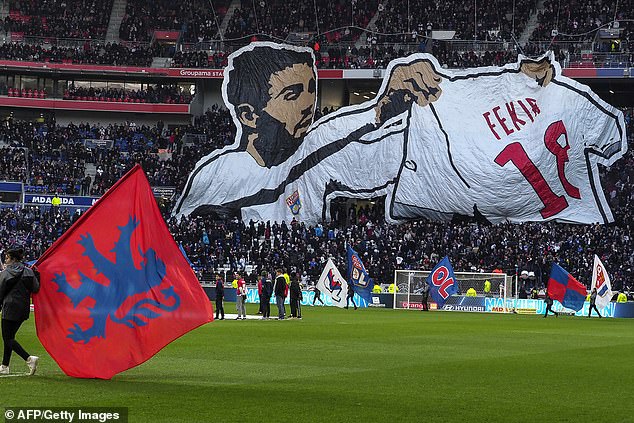 Despite almost leaving for £53million in the summer, Fekir remains very popular at Lyon

Around the time, there was an expectation that he would move to Liverpool with Jurgen Klopp having made a £53million bid. It fell through, to Fekir’s disappointment, and Liverpool’s interest may not be revisited provided Alex Oxlade-Chamberlain recovers unscathed from injury. That doesn’t mean Fekir is destined to stay at Lyon for the rest of his career.

His build is similar to Hazard and that allied to excellent close control means he is hard to knock off the ball when running at defenders.

He can pick a pass as well and has end product. He has scored four times in 11 games this season including an important one against Hoffenheim which makes Lyon favourites to join City in the knockout stages of the Champions League.

Ironically, Fekir wasn’t a teen prodigy, only becoming a regular with his hometown club shortly before his 20th birthday, forming a good partnership with Lacazette. He also had to overcome a serious knee injury before finally blossoming in his early twenties. 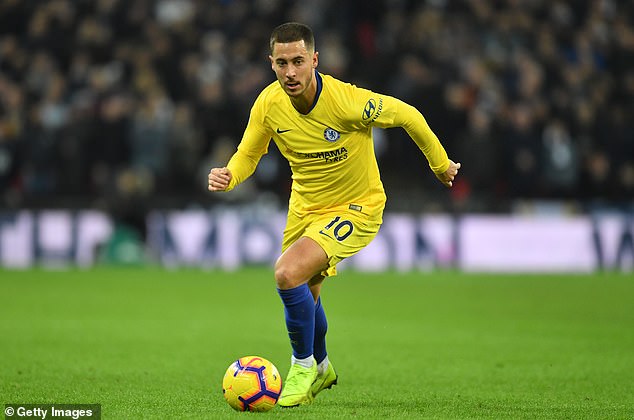 If Hazard were to leave Chelsea, Blues fans would be consoled by signing Fekir from Lyon

In 2015, he made the decision to represent France instead of Algeria where his parents were from – another connection with Zidane.

‘I’ve made a personal choice and I hope that everyone will respect it,’ he said. The summer glory vindicated his decision. Fekir now has 20 caps.

It still remains something a mystery why the Liverpool deal broke down. The suspicion is Lyon wanted a fee in excess of £60million and the Anfield club wouldn’t agree.

It leaves Fekir still in the shop window – dangerous for City as they try to get the point that will secure their place in the last-16 of Europe’s biggest club competition.

Chelsea fans will pray that Hazard never leaves Stamford Bridge – but if it does happen, Fekir is as close to mini-Eden as they’ll find.