Felicity Kendal, 74, displays her impressive flexibility as she casually rests her leg on a bar during rehearsals for her new London show

And it still seems that living The Good Life for so many years has paid off for Felicity Kendal, as she is still remarkably flexible in her eighth decade.

While standing and chatting on the phone, the actress, 74, casually rested her leg on a chest-high railing during a break from rehearsals for her new London show.

Still living The Good Life! Felicity Kendal, 74, displayed her impressive flexibility as she casually rests her leg on a bar during rehearsals for her new London show

Dressed in blue cropped trousers, a black T-shirt and loose blue shirt, Felicity easily managed the impressive move which most people half her age would struggle to perform.

She is reuniting with her former co-star Robert Lindsay, 71, for the play, after he appeared in just one episode of The Good Life.

The pair are set to star in the musical Anything Goes at the Barbican when it opens next month. 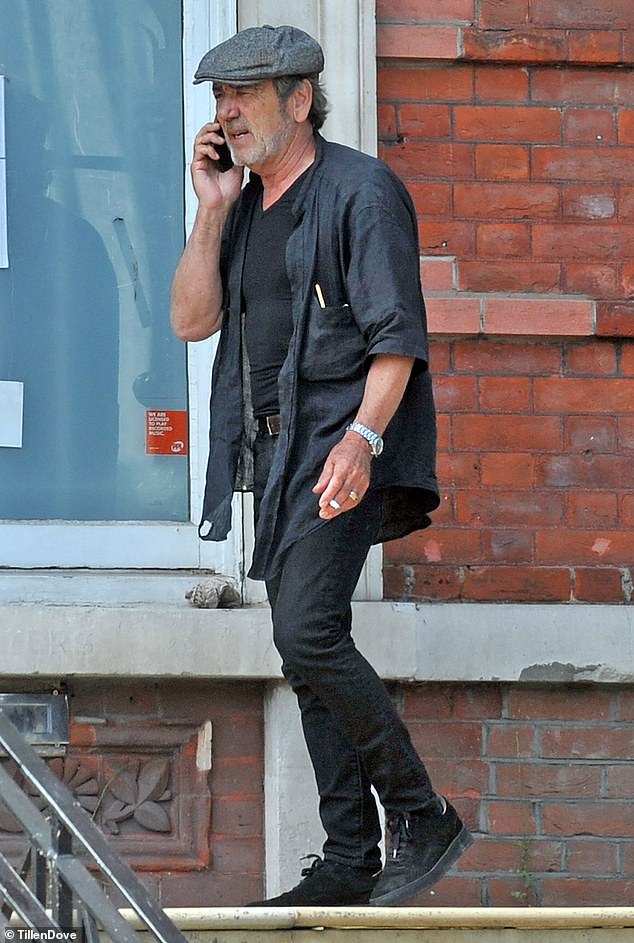 Screen star: The actress is reuniting with her former co-star Robert Lindsay, 71, for the play, with the actor also seen heading to rehearsals that day

Felicity rose to fame as the fresh-faced Barbara Good in the hit 1970s sitcom The Good Life which saw her character and her husband Tom living a self-sufficient life at their home in Surbiton.

She indulges in strict regular exercise and a lifetime fan of yoga. She says that she remembers watching her mother, who ran a Shakespeare touring company in India, doing her yoga exercises when she was a small girl.

She said: ‘I used to exercise for three hours a week doing Pilates and weights. Now I have to do five or six hours to get the same result.’

Felicity was named Rear of the Year in 1981, no less, and has kept a shapely figure thanks to exercise and an active sex life, saying: ‘It’s part of life, like eating or breathing.’ 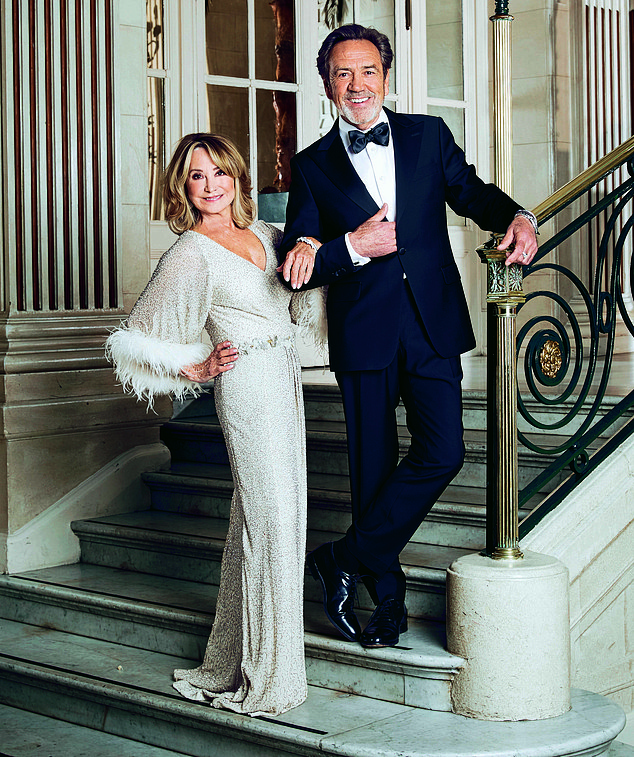 Starring pair: The pair are set to star in the musical Anything Goes at the Barbican when it opens next month 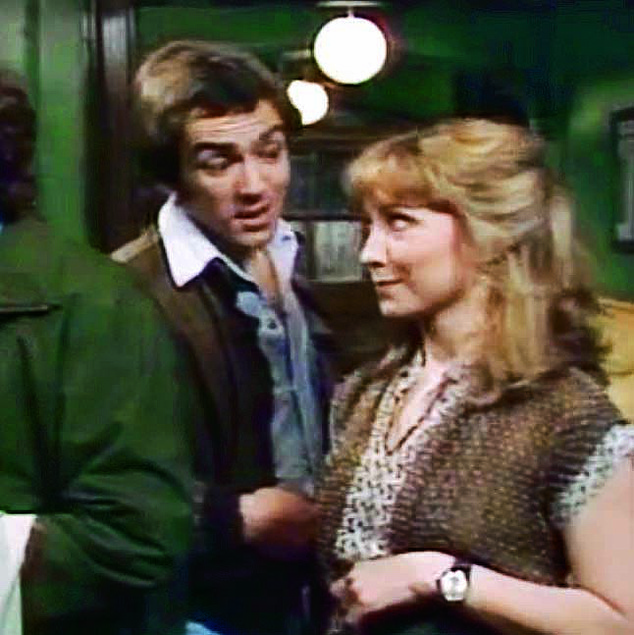 Blast from the past: Robert starred in a single episode of The Good Life back in the 1970s, and this is the first time the pair have worked together since

She also previously revealed she is a fan of Botox, telling the Sunday Times magazine: ‘I do it every six months, then you don’t get the terrible little frown line.’

However the grandmother-of-two recently revealed she has given up Botox and instead relies on yoga, pilates and weightlifting to stay youthful.

She told Good Housekeeping magazine: ‘There comes a point where you have to match bits of you with the other bits.’

While she’s never had a face-lift, the actress has had fillers around her mouth.

Felicity explained: ‘Then there was a time when you’d think, I’m over 60, I can’t possibly wear a short skirt again because of my crinkly knees.

‘Then you come out the other end and say, f*** it, I’ve got good legs, I’m going to put on tights and a short skirt.’ 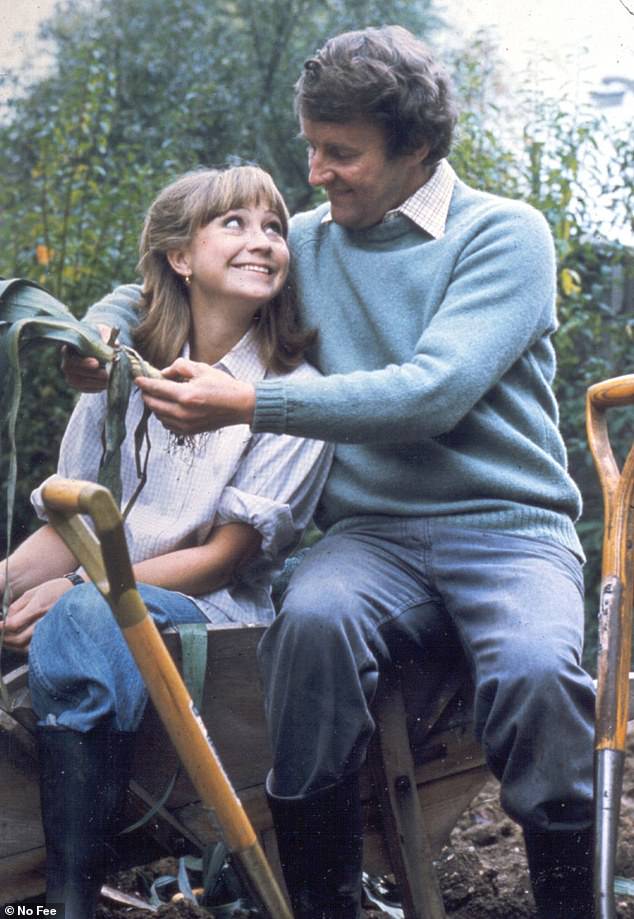 Iconic: Felicity became a beloved household name starring in The Good Life opposite the late Richard Briers, as husband and wife Tom and Barbara from 1975 to 1978