Over the past eighteen months, the West Ham Way, often lauded by their own as marking a sense of adventure and joy, has instead given way to a collective gloom.

This football club has instead become known for slapstick defending, disgruntled supporters and ongoing tension between their stadium landlords and owners.

As a dispute over an honours board during this past week shows, the latter problem continues to undermine the club’s reputation and the evidence of Arsenal’s second goal here suggests the chaotic defending is still to be ironed out under new manager Manuel Pellegrini. 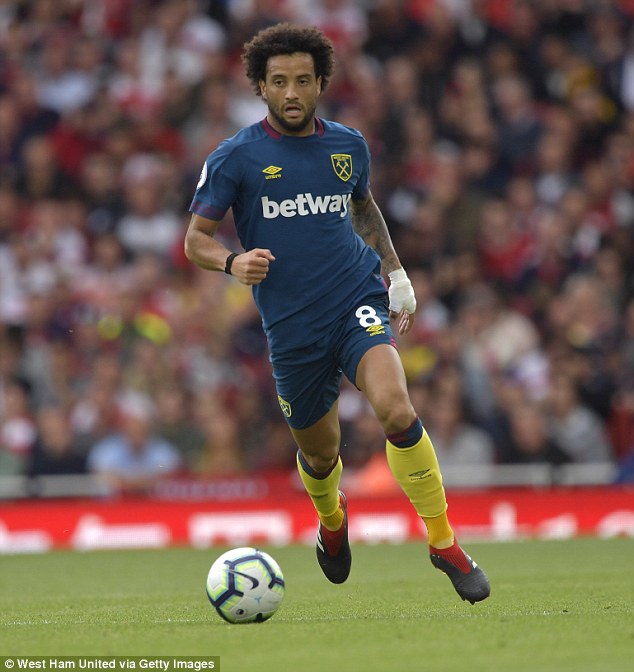 Despite suffering another defeat, Felipe Anderson showed signs of promise for West Ham

West Ham may have had three new faces in their back four but composure gave way to panic as Arsenal turned up the heat in the second-half.

Issa Diop, signed for £22m from Toulouse in what was a club record signing at the time, provided the latest episode of West Ham’s defensive pantomime.

After ballooning a clearance up in the air, gaining only height instead of distance, the move then culminated in an own goal for the same man. 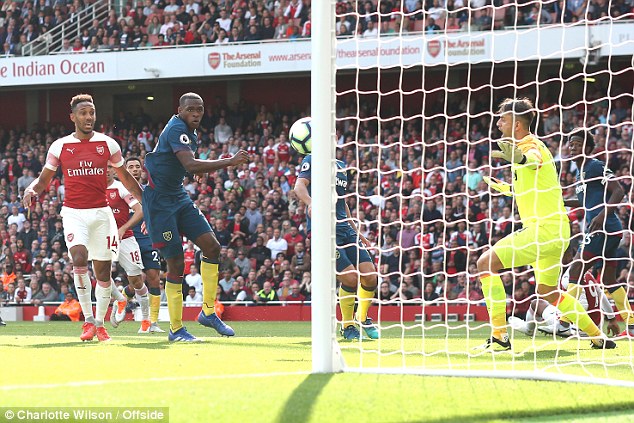 In the first half, he had already been fortunate to escape a red card for a dreadfully timed lash at the shin of Pierre-Emerick Aubameyang. Danny Welbeck was then left all alone in the West Ham penalty area to control, spin and lash in Arsenal’s third goal.

Yet in times of gloom, West Ham supporters must still search for light and in the promising £36m signing of Felipe Anderson, there is a room for reassurance, even after three consecutive defeats.

At West Ham, they yearn for players like Anderson; those who provide inspiration to go with perspiration, finesse along with passion.

In the Premier League eras, they have revelled in the majesty of Paulo Di Canio, Carlos Tevez and Dimitri Payet and in Anderson, West Ham may yet cultivate another terrace hero.

Anderson was terrific here, taking up a free role behind Marko Arnautovic and causing Arsenal all manner of the trouble in that corridor of uncertainty between the defence and midfield. 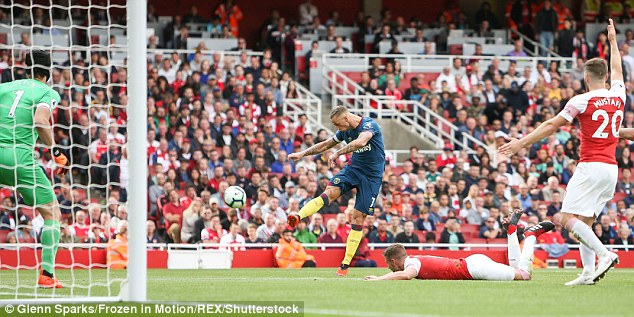 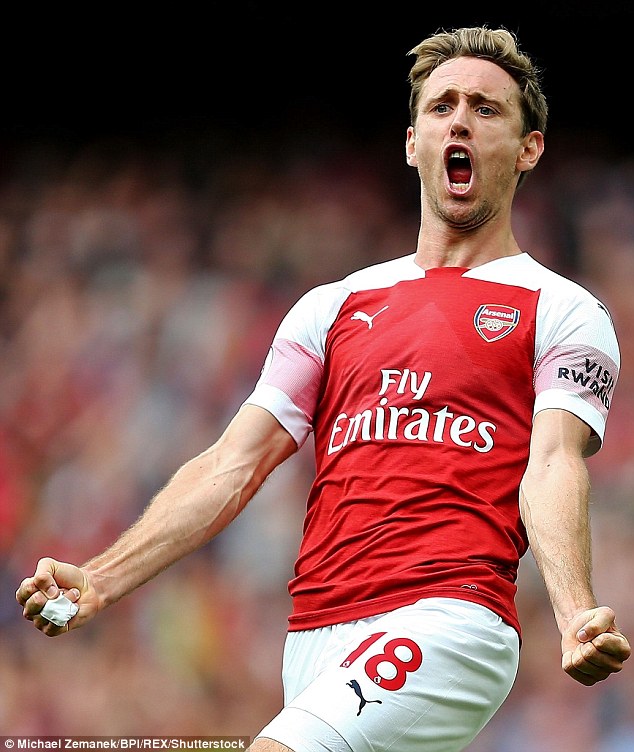 It was his wonderful sashay through midfield that created Arnautovic’s opening goal and twice he released Michail Antonio into goalscoring positions with eye-of-the-needle passes that cut open the Arsenal defence.

In a first half in which West Ham could conceivably have scored five goals, Anderson’s guile and craft was at the centre of all that was good about their play.

Back home in Brazil, Anderson is better known as ‘Neymar’s little brother’, having emerged as a teenager alongside the superstar at Santos but not quite scaling the same heights. 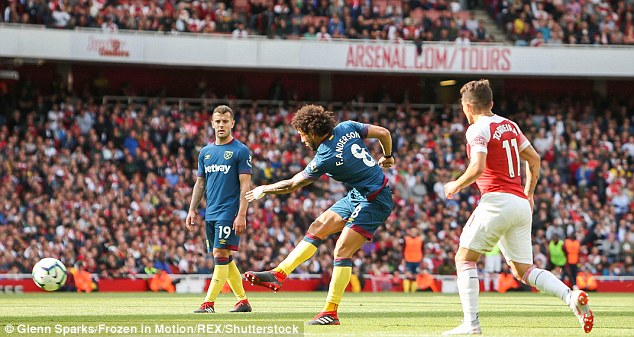 Anderson says he studies the ‘dribbling’ of Neymar and the ‘improvisation’ of Kaka. Such comparisons would be hyperbole but there was a quality and doggedness to his play that defined his performance as by far the best, individually, on the field.

His blend of graft and industry actually called to mind another London-based Brazilian – the Chelsea midfielder Willian.

In Italy at Lazio, Anderson conceded he required a year to adapt to both the tactical and professional demands of Serie A. His grasp of the language was limited and his small vocabulary meant he was only able to order the creamy spaghetti carbonara at local restaurants. 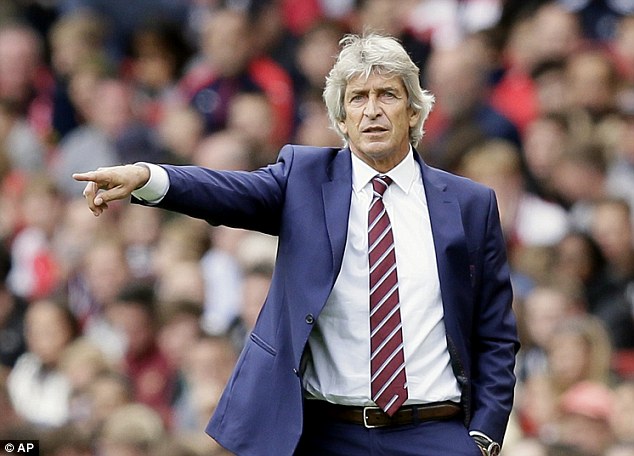 His weight ballooned but he did settle and there was a time, a couple of years ago now, when Manchester United looked very closely at the playmaker.

Yet last season there was a feud with Lazio manager Simone Inzaghi and only nine starts. A sharp start was needed after a £36m transfer to West Ham.

In East London, the evidence of this high-energy performance suggests presume he has swiftly settled into a diet plan with the club’s nutritionist and is not scouring the streets for jellied eels and mash.

Even as West Ham collectively lost their poise in the latter stages of the second-half, Anderson persevered, carrying the ball with purpose and pace and attempting to almost single-handedly lead a fightback.

He scurried upfield and set up another fine chance, which was wasted by Lucas Perez. He then slashed a cross-shot across the six yard box, where Andriy Yarmolenko was caught on his heels.

At West Ham, a grief appears to have set in since Payet took a sledgehammer to their brave new world by declaring he wanted to leave the club in January 2017. In Anderson, they may, at long last, have a new kingmaker. 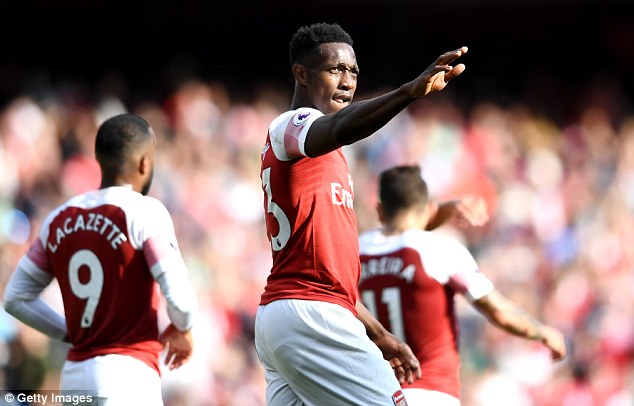