Sex toys are still a taboo subject for some, but not many know that as well as providing sexual pleasure, they’re also good for women’s health.

The humble kegel ball came into most people’s lives thanks to the Fifty Shades of Grey series and is now one of the top selling sex toys.

In the novel, Christian Grey gave Anastasia the ball to play with which saw a sharp increase in sales in Australia.

FEMAIL spoke to sex and relationship expert, Dr Nikki Goldstein, and sex toy manufacturer, Suki Dunham, about why there has been such a surge in popularity.

Sex toys are still a taboo subject, but not many know that as well as providing sexual pleasure they’re also good for women’s health

‘On one level, their good for increasing women’s pelvic floor muscles as you have to keep holding onto the weights inside your body,’ Nikki said.

She explained that they are helpful for women who are experiencing incontinence and for women after child birth as it can help to strengthen the vagina.

‘An added bonus is that it can intensify an orgasm,’ Nikki continued.

‘When we have orgasms we need blood flow, which makes us more sensitive.

‘The more we can exercise the muscle, the more blood flow we have in that area, and if you are doing kegel exercises it makes the feeling more intense.’

Nikki explained that people tend to focus on the health aspect of the toy more than the sexual benefits because sexual health is easier for people to talk about.

‘It’s important to be able to focus on sexual pleasure, why is it such a taboo subject? Sex is important because it makes us feel connected to our partners and makes us happier,’ she said.

‘It is about being connected to your body and it’s an important part of ownership because as women we should be in control of our sexual pleasure. 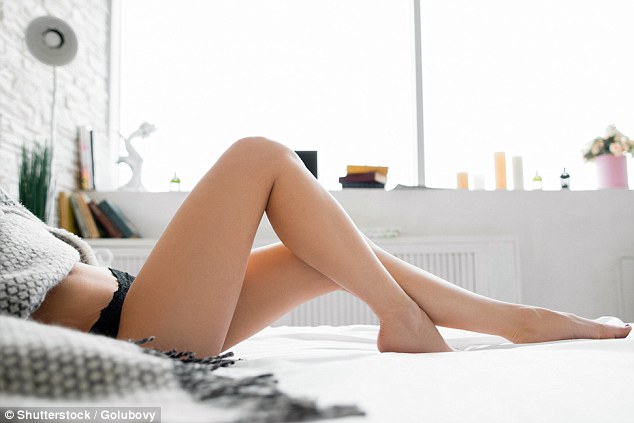 ‘Those people that are going through childbirth and having children are the perfect market but if you’re curious about whether you can intensify your orgasms, any woman can benefit from strengthening their pelvic floor muscles,’ Nikki continued.

She explained that she wouldn’t necessarily recommend kegel balls to young women at the peak of their sexual health, but if they want to explore their body and their orgasm ability, she sees no issue.

Their kegel balls are a step ahead many on the market as they can be linked up to an app, have Bluetooth and contain a chip to show you how to do the exercises correctly.

‘Because of this change in perception, we’ve seen a large increase in people buying them.’

Suki also explained that she’s seen a lot of reports that believe older women are the only ones using these toys, which she knows to be inaccurate.

‘People are becoming more open with their sexual pleasure and kegel exercises are perfect for more intense orgasms.’