As the cost of living increases it’s only becoming more difficult to curb your spending and make reasonable savings each week.

But according to Suncorp’s 2015 Australian Saving Habits Report, those aged between 25 to 34 are the country’s best savers.

The report found that Generation Y were putting away $533 per month. That is $100 more than the national average of $427.

So FEMAIL spoke to five Australian women about how they manage their money and which items they’re forking out the most for.

Ashley (pictured), a 22-year-old marketing and customer relationship management coordinator from Sydney, on $40,000 a year

1. Emily* is a 28-year-old teacher living in Sydney. She manages to pay her bills and eat out two or three times a week, but she finds it difficult to save for a decent holiday each year on her $78,000 salary.

She spends $300 per week (she shares a two-bedroom apartment with a flatmate) and puts away $1,500 a month towards a house deposit. She currently has a bank balance of $27,000.

‘Rent is very high in Sydney so it makes saving difficult. I try to have a balance in my life. I still want to go out and socialise, but still put money away from the future.’ 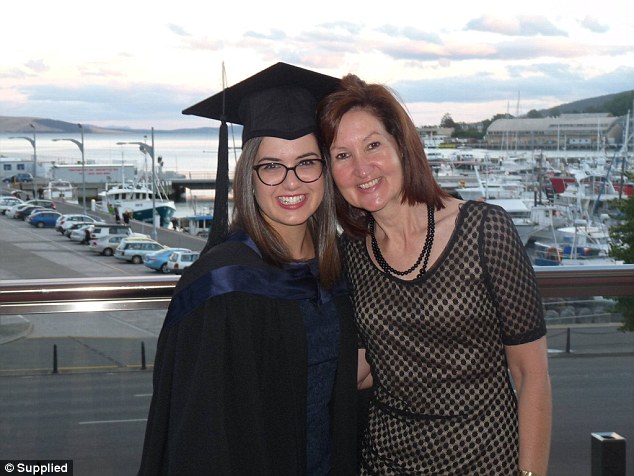 Chelsea (left), a hotel receptionist from Tasmania, earns $52,000 each year

HOW TO SAVE MORE

1. Take your lunch to work. Australians spend 17.5 per cent of their income on food, so ditch the weekday cafe lunch and start making your lunch at home.

2.  Have a 30-day ban on new purchases. Many young Australians enjoy spending their money on new clothes and homewares.

3. Establish a clear budget each week and stick to it. Give yourself a ‘fashion or social’ fund every two weeks in order to let off some steam.

4. Save your tax refunds instead of spending them after June.

5. Calculate purchases by hours worked instead of cost – this will hold you accountable.

6. Pay off credit cards in full each month.

‘I think people are under the impression that a young person living at home finds it really easy to save – but you’ll just find other ways to spend it that aren’t rent,’ she says.

‘I probably buy more material items and go out more than I would if I was living away from home but am more than happy to change my ways when the time comes.

‘I am looking to go on an overseas trip in the next few months so have probably been tightening my belt more than usual.

‘I take my own lunch to work, buy my food in bulk for the week and meal prep to cut down on costs. I also don’t think alcohol which probably helps in the saving department. My only downfall at the moment is shoes. One step at a time.’

3. Melanie*, a dentist from Western Australia, is engaged and living with her partner and one-year-old daughter in a two-bedroom house.

‘I find one of the easiest ways to save is to calculate all of my purchases by hours worked rather than the actual cost of them,’ she said.

‘When I think of them with that perspective it becomes easier to say no to certain things!’ 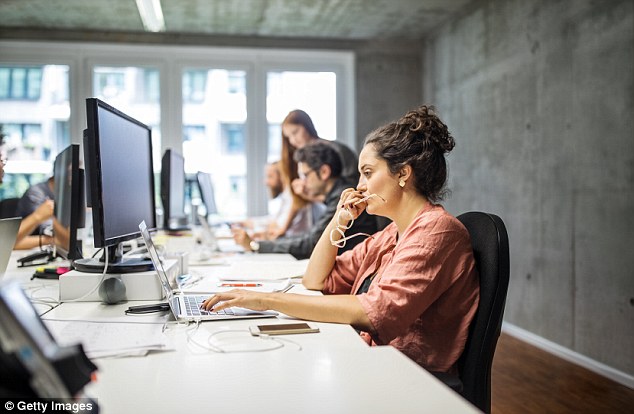 Melanie*, a dentist from Western Australia, is engaged and living with her partner and one-year-old daughter in a two-bedroom house (stock image)

‘Renting is my biggest expense at the moment, along with bills. I used to live by myself and closer to the city but it was just too expensive,’ she said.

5. Ashley, a 22-year-old marketing and customer relationship management coordinator from Sydney, on $40,000 a year.