Female Aussie Rules umpires have stepped forward to their horrific stories of abuse following a bombshell AFL report into women’s umpiring being made public this week.

The Girls and Women in Australian Football Umpiring: Understanding Registration, Participation and Retention report was commissioned by the AFL in 2021 and released by the University of Sydney in August.

The report revealed a number of damning revelations including a female umpire having a football thrown at her face by a male player and a spectator getting close enough to a female official to tell her ‘I’m going to bang you after the game’.

However, the AFL failed to act on the report, which detailed countless experiences of abuse, sexual harassment and racism directed at female umpires at all levels of the sport.

Dr Michetti had to endure years of abuse. Now she has come forward to share her experiences

Dr Rosemarie Michetti has a 20-year history with Victoria’s Western Region Football League (WRFL) and she was angry that the AFL did not act on the report when it was handed down last August.

‘Week after week growing up the supporters after a few drinks would hurl out sexual or verbal abuse,’ she posted.

‘One senior match, a group of women saw me step out of my car to umpire. I watched them hurl abuse at me and spit all over my car window, slut shaming me, for no reason other than the pure fact I was umpiring amongst their other halves.’

Dr Michetti also revealed fans would beg her to bend over during games and spectators would ask, ‘What colour are your panties?’

Acting chief executive Kylie Rogers apologised on behalf of the AFL on Tuesday but it was a bitter pill to swallow for Christine Gent, who was a footy umpire for 31 years until it all became too much. 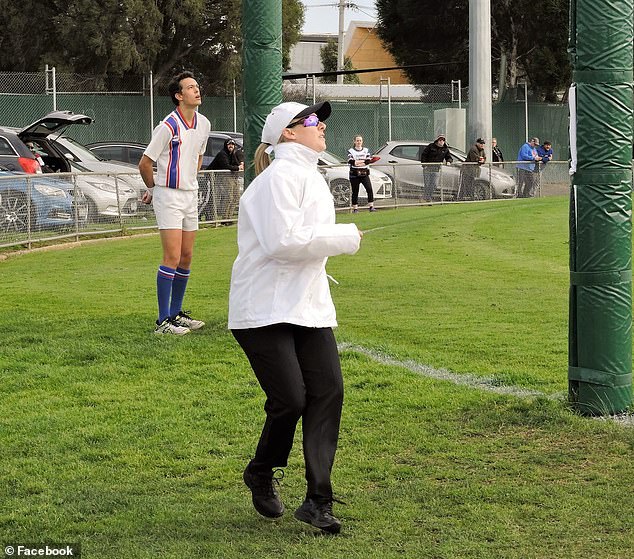 She was named WRFL Goal Umpire of the Year in 2017 and was given a spot as the goal umpire in the 2018 grand final, but it all came unravelling in front of her.

That season she broke her wrist, the grand final gig was taken away from her and then adding plenty of salt to the wounds, a senior official then hit on her at a presentation night.

‘When I heard the stand-in CEO (Rogers) say, ‘Speak to your association, speak to your league’ – I’ve done both of those,’ Gent told the Herald Sun.

‘I’ve requested an independent investigation and I didn’t receive one.

‘The anxiety, the tears, the sleepless nights, losing friends I’d had for over 20 years all because they didn’t handle a situation properly.

‘So it made me really, really angry for her to get up and say that.’ 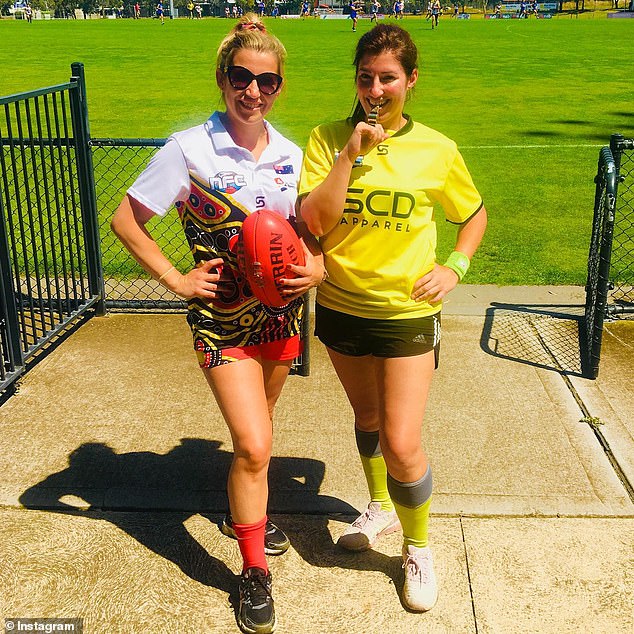 Dr Michetti said the abuse extended to young girls, including her own sister. She was horrified when allegations of sexual misconduct were slapped against the siblings, allegations that spread like wildfire through the local footy community.

‘I started in the WRFL as a 15 year old where there were five girls at the time. I grew up in a football family, surrounded by men. Entering a 97.1 per cent male dominated sport I didn’t feel out of place, intimidated or the lesser sex,’ she said.

‘This however doesn’t mean I was blind or deaf to the goings on within the training group.

‘I had older men making comments about my rear and what they wanted to do to it as I surpassed them on the track, I had other men make comments about the only reason I received good games was because I was an attractive female, not because of my track athletics experience since I was six years old.

‘This was common and the accepted culture at the time.

‘My sister Bianca joined me in the umpiring ranks and dominated, running senior grand finals and fast tracked through the ranks like a pro.

‘One afternoon after an umpire’s funeral Bianca [18] and I were on our way to the wake and drove two well known AFL umpires with us. Something so innocent turned into a horrible rumour spread by the passenger that my sister and I performed sexual acts with them.

‘This spread around throughout the league and into the AFL ranks. Anything to gain notoriety amongst the umpiring community.

‘Now who would you believe if you were one of the 97.1 per cent of the male umpiring sector … the respected male umpire, or the young girls that are involved in a male dominated sport?’ 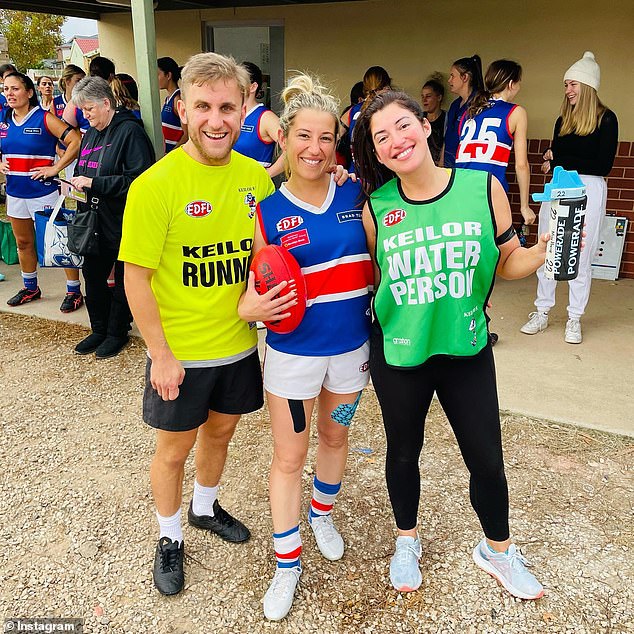 Rosemarie’s sister Bianca confirmed the car incident, along with years of abuse patrolling the sideline for Port Colts and Laverton games.

Bianca would later trade the whistle for footy boots and become a player instead. Today, both Bianca and Rosemarie have highly successful osteopathy careers.

But Rosemarie hopes by speaking out conditions can improve for women and girls in the footy umpiring ranks at all levels.

‘I hope this story impacts you,’ she said.

‘There are kids starting at the age of 12, do you want your daughters exposed to that without change?

‘I’m lucky to see a huge change within the WRFL. I don’t cop any abuse anymore and I would like to think it will remain this way. Let’s put a stop to this behaviour and show respect to everyone, umpires matter too.’