Former international bodybuilder and adult film star Joanna Thomas has died at her home in Cornwall.

The 43-year-old, who was the subject of a Channel five documentary in 2005 as prepared for a Ms Olympia contest, was found dead at her home in Camborne in April, but news of her death is just being reported.

British bodybuilder Ms Thomas travelled across to America to pursue her career in Fort Lauderdale, Florida after becoming interested in the sport at the age of 14.

Former champion bodybuilder and adult film star Joanna Thomas died at her home in Camborne, Cornwall, back in April

‘On behalf of Digital Muscle, Mr. Olympia Staff, IFBB Pro League and the entire Bodybuilding Community, we extend our sincere Condolences to the family.’

One of three siblings, Ms Thomas was born in Truro and earned her Pro Card to compete in bodybuilding at the age of 21, after moving to Florida to pursue her career.

She proved to be a success in the sport despite suffering from chronic asthma since childhood, and was able to train at Golds Gym in Venice, California, once frequented by the likes of Arnold Schwarzenegger. 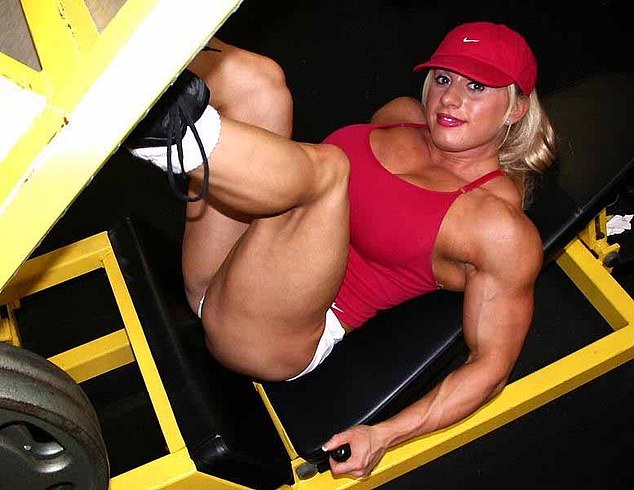 Appearing in competitions between 1997 and 2013, the former nude model also appeared in adult films and was the subject of a Channel Five documentary Supersize She, which followed her training leading up to the 2004 Ms. Olympia contest. 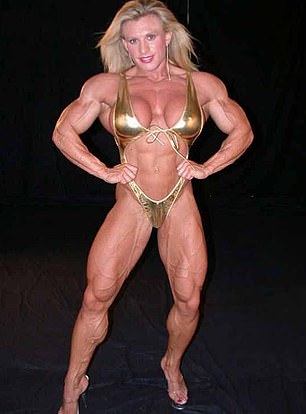 Her cause of death remains unknown, but last year Ms Thomas appealed to fans to help as she struggled with her health.

She revealed bodybuilding had a toll on her mental and physical health, writing: ‘I achieved numerous competition successes, including a 1st in the 2001 Jan Tana Classic and competing twice in the Ms Olympia in 2001 and 2004 with seventh being my best position to date.

‘The professional bodybuilding career is not always a long one, however I was lucky enough to compete at a high level for a decade.

‘Building the body that I had took a huge amount of hard work and commitment. It was rewarding, but also punishing, both physically and mentally.

She revealed she was struggling to walk following a diagnosis of early-onset osteoarthritis and was appealing for funds to buy a car and fund dietary supplements she believed would help her ahead of a knee operation.

Launching a GoFundMe page the once champion body builder said the condition had a ‘catastrophic impact on my mobility’.