A trapeze artist is fighting for life after a circus stunt went horribly wrong in front of shocked spectators in Adelaide.

Emergency services were called to the Circus Rio at Wigley Reserve in Glenelg after the woman, 28, plunged 11 metres to the ground at around 4.45pm on Tuesday.

Paramedics were at the scene within minutes.

Footage has emerged of the performer moments before the horrific incident, which shows trapeze artist swinging through the air on a high ring.

The woman was expected to undergo surgery on Tuesday night after she dislocated both elbows and wrists.

Distressed audience members, including many young children, initially thought the performer’s fall was part of the act before realising there had been a terrible accident.

‘She had the ring behind her neck and the next thing she just went bang, to the ground, straight onto the wooden floor,’ witness Alice Young told Nine News. 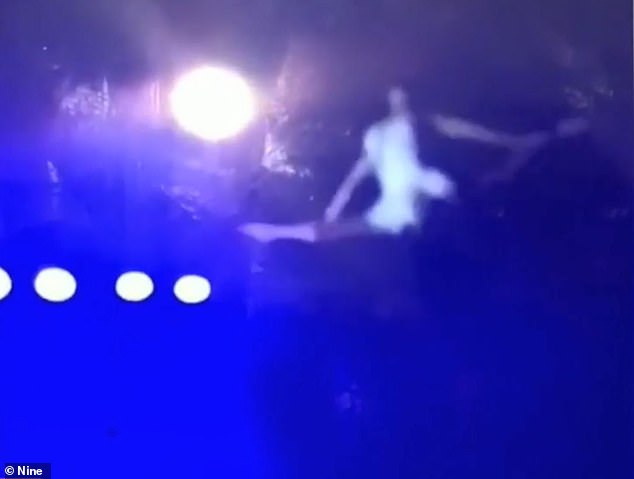 One man told Seven News: ‘Some people thought it was part of the show and obviously, it was a terrible accident.’

The incident, which occurred 45 minutes into the show, brought an early end to the performance as the shell-shocked audience was asked to leave the tent immediately.

‘People came running, and then we were asked to leave,’ Ms Young said. 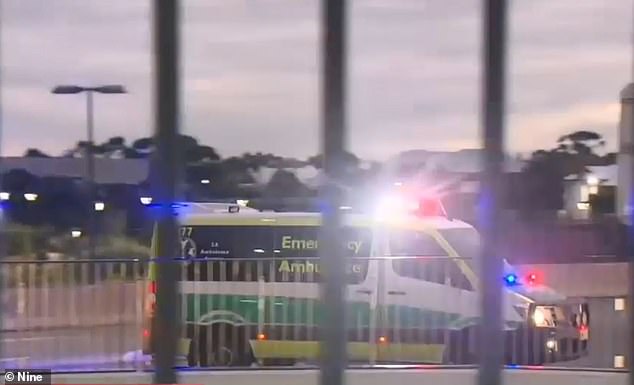 The horrific fall happened shortly after event organisers shared a Facebook post promoting a return of the trapeze show.

‘Our Trapeze show is BACK! Catch our team of Russian and Belarusian trapeze artists on NOW at Wigley Reserve,’ the Circus Rio post read.

There’s no word yet on whether two shows scheduled for noon and 7pm on Wednesday will go ahead as planned.

Safework SA has launched an investigation. 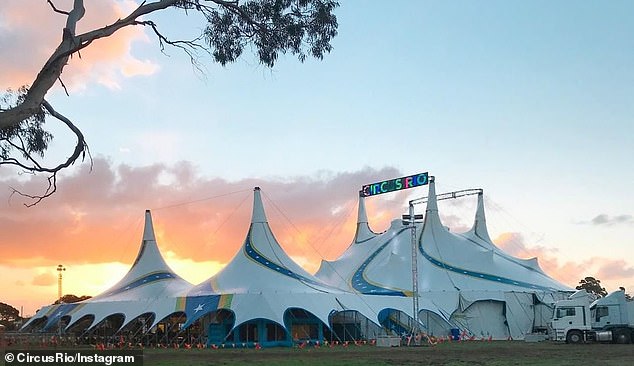 The circus has been based in the seaside suburb of Glenelg since July 4, where it has another week to run before it heads to Bathurst in central west NSW next month.

The international circus also has Samba Dancers, FMX bike riders who soar through the air, ballet dancers and acrobats.

‘The first of it’s kind in Australia! Circus Rio is making history with stunts that have never before been performed in this corner of the globe,’ its website states.