Female doctors are paid £10,000 less than their male counterparts

Jeremy Hunt has launched a review into why male doctors typically earn £10,000 more than their female counterparts.

Health Secretary Mr Hunt said this 15 per cent pay gap is ‘unacceptable’ and has no place in the NHS, nor modern society as a whole.

The figure is even bigger among consultants, the most senior doctors, with full-time men earning £14,000 more than women.

Jeremy Hunt (pictured) has launched a review into why male doctors typically earn £10,000 more than their female counterparts

Mr Hunt has asked Professor Jane Dacre, President of the Royal College of Physicians, to carry out the review.

Male consultants are also four times as likely to be paid ‘Clinical Excellence Award’ bonuses for extra work or research.

These sums are worth up to £77,000 a year and some doctors receive them throughout their careers.

The review will try to establish whether the bonus scheme unfairly favours men. 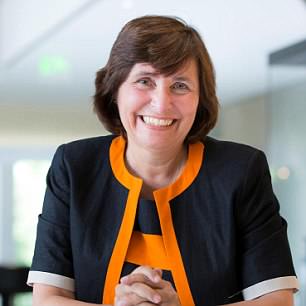 Mr Hunt has asked Professor Jane Dacre, President of the Royal College of Physicians, to carry out the review

Although women make up just over half of all students starting out at medical school, they are much less likely to reach senior roles.

That is partly because it takes up to 16 years to qualify as a consultant during which time many female doctors leave to have children.

Some struggle to return to full-time work as the hours are long and decide to continue their careers as mid-ranking doctors.

Professor Dacre will look into the impact of motherhood on female doctors’ careers and whether there are any other obstacles hindering their progression.

Mr Hunt said: ‘The NHS holds a unique position in both British and global society as a shining beacon of equality among all, and so it is unacceptable that 70 years from its creation its own staff still face gender inequality.

‘Even today, there remains a 15 per cent gap between the pay of our male and female doctors. This has no place in a modern employer or the NHS and I’m determined to eliminate this gap.’

Professor Dacre is expected to report back at the end of the year.