A woman accused of filming and leaking a raunchy video of AFL great Dane Swan has smiled in court as she was cleared of any wrongdoing.

Georgia May Gibson, 21, from South Australia, faced Melbourne Magistrates’ Court on Thursday where a police prosecutor dropped all charges against her.

Ms Gibson was hauled into court amid allegations she had filmed an intimate video of Swan in 2017 and intentionally shared the footage with another person.

Following the hearing, Ms Gibson’s lawyer said her client did not wish to engage with the media.

But pressed for comment and the chance to comment after months of accusations that she was a sex pest, the 21-year old decided to speak.

‘The people who know me will know what type of person I am,’ she told Daily Mail Australia.

After leaving the court, Ms Gibson was surrounded by television reporters who chased her to her layer’s Lonsdale Street office.

The decision marked the end of a long ordeal for the country Victorian, who was charged in mid-2018 after footage surfaced online allegedly showing the former Collingwood star.

In Victoria, it is illegal to share an intimate or sexual image of a person if they did not agree to it.

It remains unclear why prosecutors withdrew charges against Ms Gibson, or charged her in the first place.

The short clip appeared to show Swan kissing a woman who filmed his naked body. 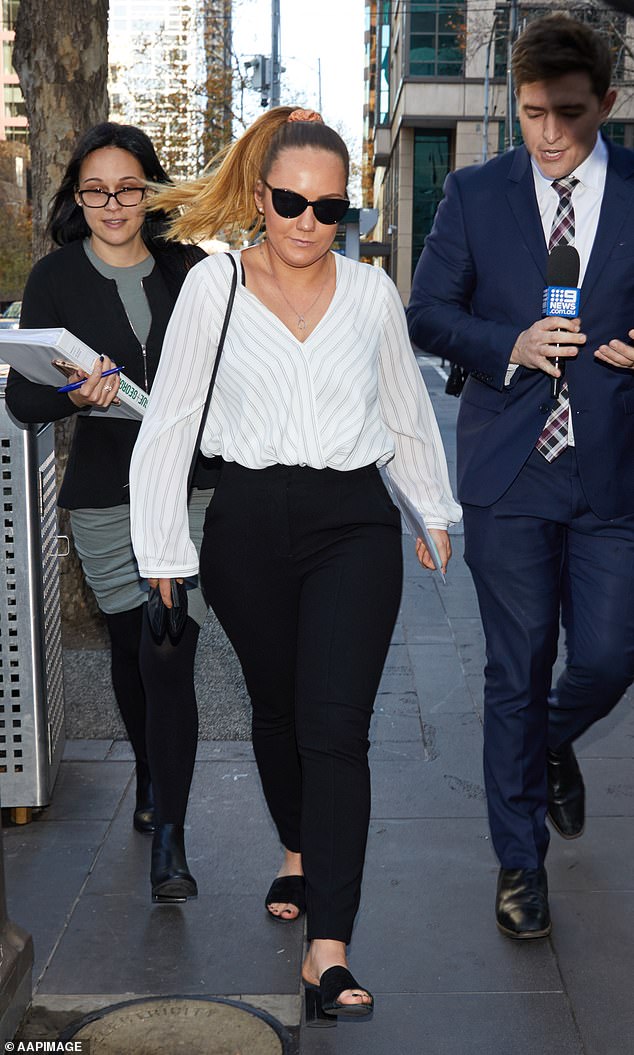 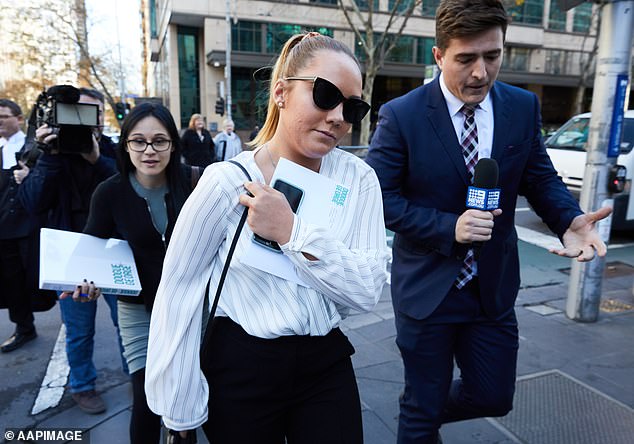 Georgia May Gibson (centre) was surrounded by TV as she left the court.  She made no comment outside, but in the lifts said her friends always knew she was innocent 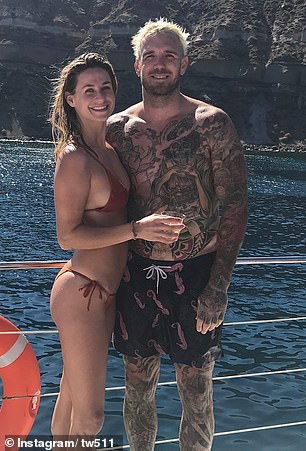 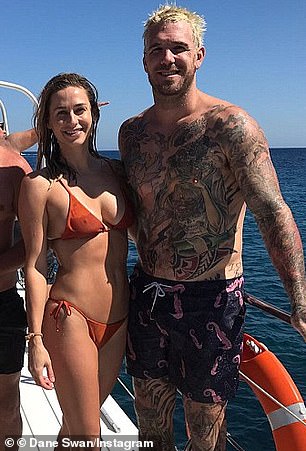 Gibson, from the Adelaide Hills town of Meadows, did not speak during the brief hearing.

At an earlier hearing, the court released documents which detailed the alleged two offences, accusing Gibson of visually capturing Swan ‘in a manner of upskirting’ and ‘intentionally’ distributing the video to someone other than the former Collingwood star. 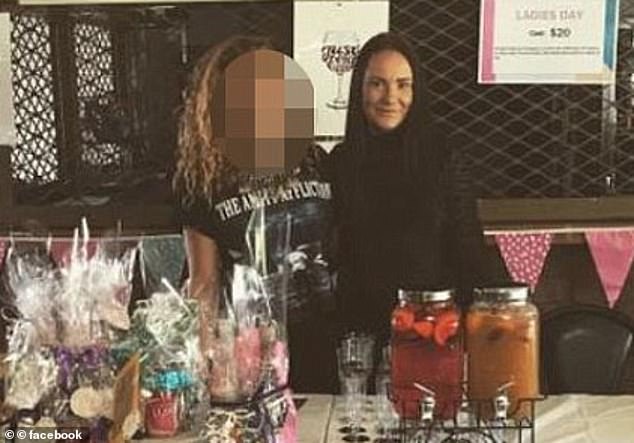 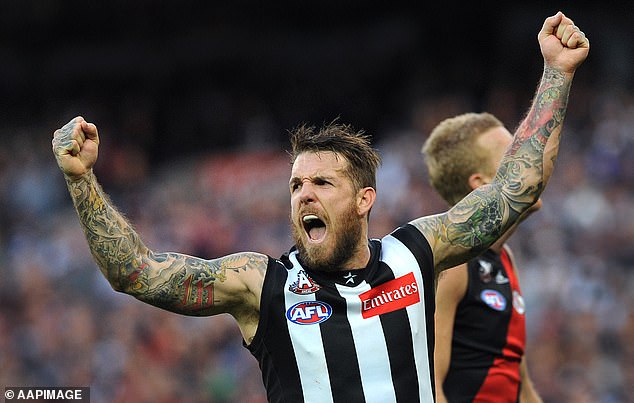 Swan, 34, is considered one of Collingwood’s greatest midfielders, winning a Brownlow Medal in 2011 and a premiership in 2010 in a 258-game AFL career.

The hard-running star retired in 2016 after badly injuring his foot during a round-one clash with Sydney.

He appeared in the Network Ten reality show I’m A Celebrity … Get Me Out Of Here! in 2017 and was runner-up in the series. 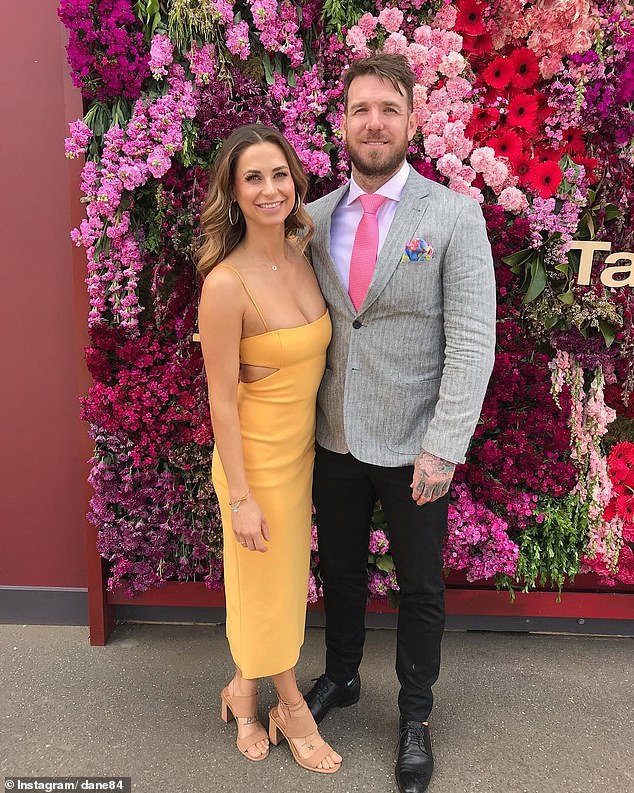 Swan, 34, is considered one of Collingwood’s greatest midfielders. He is pictured with  Taylor Wilson 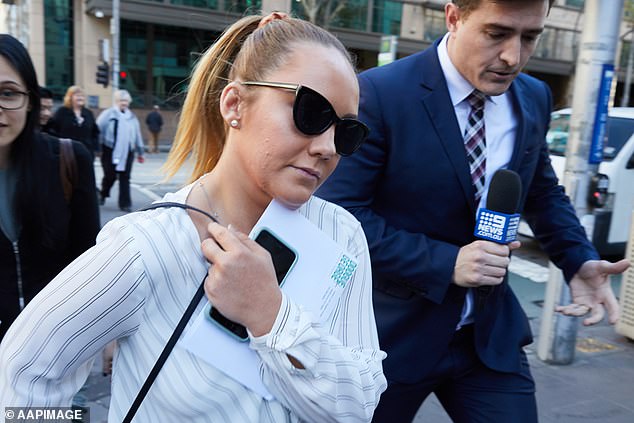