The case of a man accused of killing a pregnant Fargo woman and stealing her baby was rocked when a female inmate testified that the man’s ex-girlfriend confessed to her that she strangled the expecting mother.

The trial for William Hoehn, 33, was shaken Thursday when inmate Jennifer Robinson told jurors he was not involved in the August 2017 murder of 22-year-old Savanna Greywind, despite being charged with conspiracy to commit murder.

Hoehn’s ex-girlfriend, Brooke Crews, testified earlier that she cut the baby from Greywind and then Hoehn tied a rope around Greywind’s neck after he arrived at the scene. Hoehn has denied it.

However, Jennifer Robinson, who’s incarcerated in the same New England prison as Crews, claimed Crews confessed to her she ‘choked Savanna with a rope, drug her into the bathroom,’ and cut her baby out of her womb within a matter of minutes.

Crews denied that claim but the judge denied a motion by prosecutors to exclude Robinson’s testimony.

William Hoehn enters the courtroom on Wednesday, Sept. 26, 2018, in Fargo, North Dakota during his trial on a charge of conspiring to murder Savanna LaFontaine-Greywind, whose baby was cut from her womb 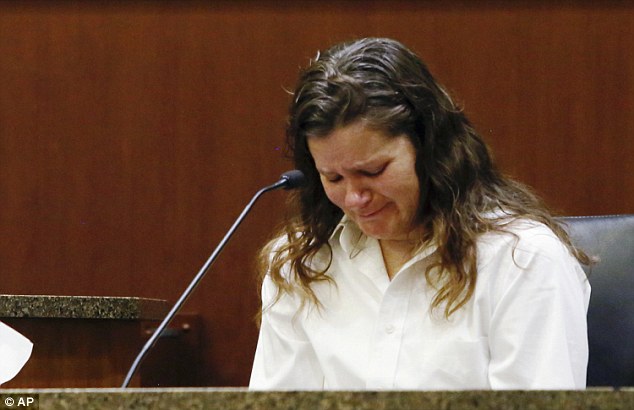 Hoehn’s ex-girlfriend Brooke Crews testified that he pressured her to get a baby and has already pleaded guilty to murdering Savanna Greywind, 22, last year

Cass County prosecutor Leah Viste pointed out conflicting stories that Hoehn told police after he and Crews were arrested. Hoehn acknowledged that, but when Viste suggested that Hoehn and Crews would do anything for each other, Hoehn said there were ‘boundaries 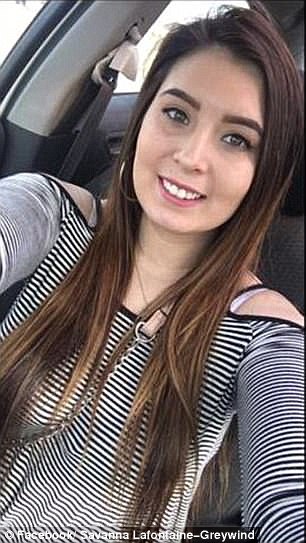 Greywind (above) was eight months pregnant

Judge Tom Olson denied a defense motion for a mistrial at the end of Hoehn’s testimony.

Hoehn said his former girlfriend is responsible and that her claim he put a rope around the victim’s neck is wrong.

He testified Thursday that the rope was around Greywind’s neck when he entered the bathroom of their apartment.

When Hoehn’s attorney asked him whether Greywind was breathing, Hoehn said he didn’t think so.

Crying and sniffling throughout her testimony Tuesday, Crews told the court that she lied to Hoehn saying she was pregnant in order to save their relationship, which she described as as rocky, violent and fueled by booze and drugs.

After a breakup in December 2016, Crews went so far as to email him a phony positive pregnancy test and sonogram photo.

In early August, Hoehn told Crews he didn’t believe she was pregnant and said she needed ‘to produce a baby.’

Crews said she believed this was ‘an ultimatum.’

‘I took that to mean I better have a baby, no matter how it happened,’ Crews said. 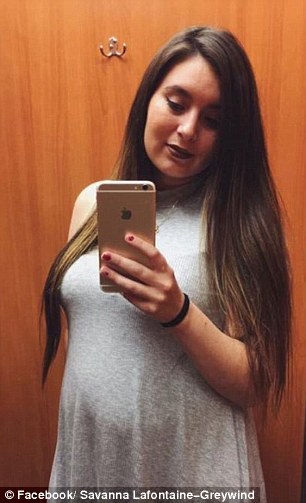 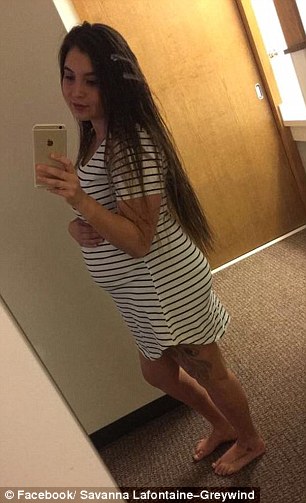 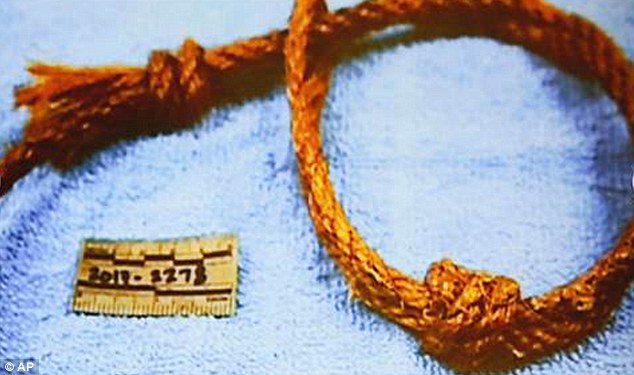 This undated evidence photo shows a rope in connection with the August 2017 death of 22-year-old Savanna Greywind, who was pregnant when she was killed 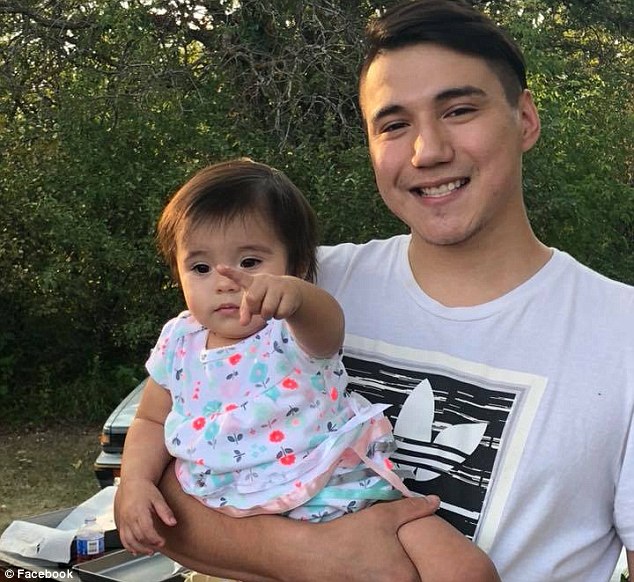 Greywind’s boyfriend Ashston Matheny is seen with their daughter Haisley Jo, who survived the ordeal of being cut from the womb and is being raised by him now

Greywind lived next door to the couple, and Crews said that Hoehn remarked on how pregnant she was – a remark Crews said she interpreted as a signal that they should take Greywind’s baby.

Nevertheless, Crews admitted that Hoehn appeared surprised when he came home to discover she had sliced the child from the womb of Greywind, who was eight months pregnant.

‘What the f**k?’ Hoehn said, asking if Greywind was still alive, according to Crews.

‘I don’t know. Please help me,’ Crews said she responded.

Crews said Hoehn then retrieved a rope and tightened it around Greywind’s neck, saying: ‘If she wasn’t dead before, she is now.’

Crews said the couple kept ropes around the house because Hoehn liked to tie her up during sex, including tying one around her neck.

Greywind’s disappearance sparked massive searches, and Crews testified that that during one police search of the couple’s apartment, Greywind’s body was in the bathroom closet and the baby was covered up next to Hoehn on a bed as cops walked right by. 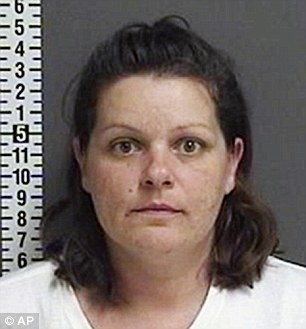 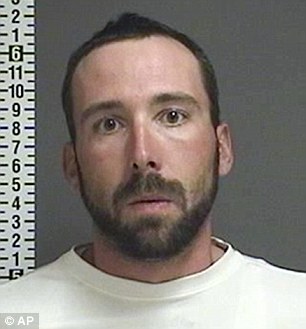 Crews (left) said that she and Hoehn (right) hid Greywind’s body in a closet, which police walked right by as they were searching the couple’s apartment 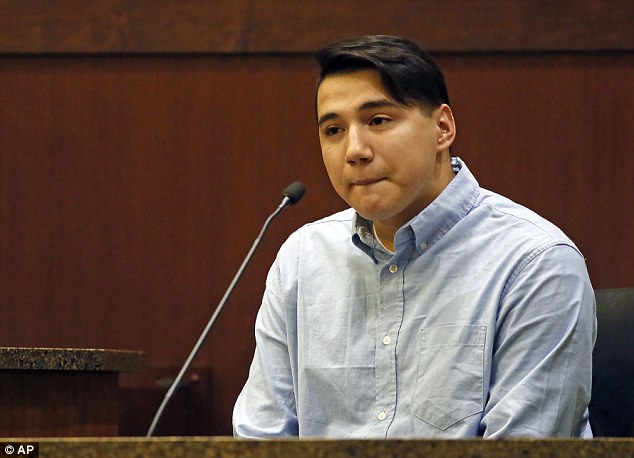 She says Hoehn eventually moved Greywind’s body to a hollowed-out dresser and the two of them took it out of the apartment.

Crews originally told police that Greywind had given her the child. She later told police they had argued and that she pushed Greywind down and knocked her out before cutting her open.

A medical examiner testified Monday that there was no evidence of any head injuries.

The medical examiner who performed the autopsy, Dr. Victor Froloff, testified Monday that he isn’t sure whether Greywind died from blood loss or strangulation .

Crews pleaded guilty to murder and is serving life in prison without parole. She said she has no agreement with prosecutors for a lesser sentence in exchange for testifying.

Hoehn has pleaded guilty to charges of kidnapping the baby and providing false information to law enforcement, but has denied he was part of the plot to kill Greywind.

The baby, a girl named Haisley Jo, is healthy and being raised by Greywind’s boyfriend.