A female Iranian boxer has cancelled her return home because she fears she will be arrested for violating the country’s dress code.

Sadaf Khadem, the first Iranian woman to contest an official bout, claims she faces arrest for wearing shorts and a vest in the ring.

Iranian officials have denied the existence of an arrest warrant against the boxer or her trainer Mahyar Monshipour. 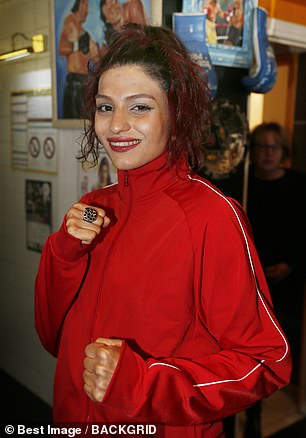 Sadaf Khadem, pictured left in the ring in the French town of Royan on Saturday and right at the weigh-in before the fight, says she fears arrest for flouting Iran’s dress code laws

Sadaf Khadem beat a French boxer, Anne Chauvin, in the bout, which took place in western France on Saturday.

Speaking to French sports newspaper L’Equipe, Khadem claimed her boxing gear – a vest and shorts in the colours of Iran’s flag – may have violated the country’s laws.

She also said she feared a backlash because she was coached by a man and was not wearing a hijab.

However the head of Iran’s boxing federation denied Khadem would be arrested attributing the information to ‘media linked to Saudi Arabia’.

‘Mrs Khadem is not a member of Iran’s organised athletes for boxing, and from the boxing federation’s perspective all her activities are personal,’ the head of the boxing lobby said. 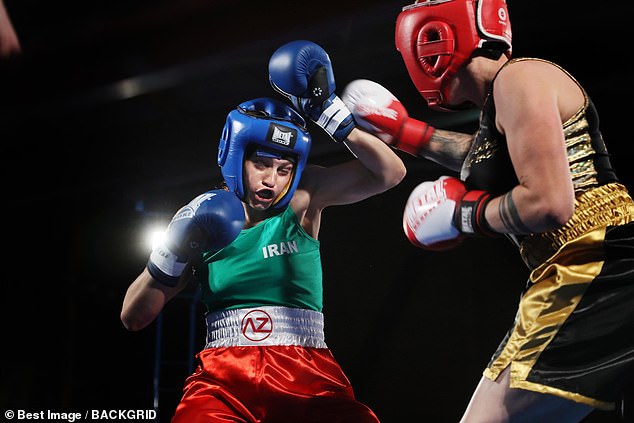 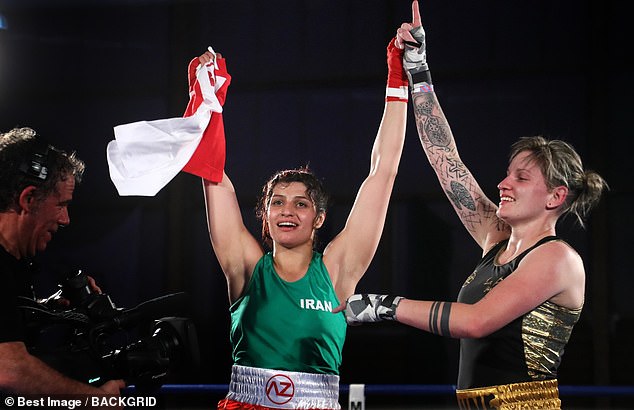 Khadem celebrates victory in the fight after she won against her French opponent in three rounds, coached by world champion Mayar Monshipou

Iranian women’s participation in sports events is heavily restricted, though authorities are beginning to give ground in some areas after years of campaigning by pressure groups.

Monshipour, an Iranian-born former boxing world champion who is now a French citizen, set up the bout after Iran opened the door to allowing women to box.

France’s foreign ministry could not immediately comment on the case.

The Islamic dress code, in place since the 1979 revolution, considers veiling obligatory for any female above 13 in Iran and says they should cover themselves from head to toe while disavowing any figure-hugging dress.

But the dress code has been the subject of fierce protests from women’s rights activists in Iran in the last 18 months.

Many women protested against the obligatory Muslim headscarf by taking theirs off and waving them on sticks.