Claire Bennett, 44, pictured, smuggled drugs worth £10,000 into HM Young Offenders’ Institute Aylesbury and tipped off prisoners about upcoming raids so they could safely stash their narcotics and mobile phones

A female prison officer who smuggled £10,000 of drugs into a young offenders’ institute and warned inmates about upcoming raids has been jailed for six-and-a-half years.

Claire Bennett, 44, of Hailsham, East Sussex, was a serving prison officer at HM Young Offenders’ Institute, Aylesbury, when she brought in the drugs and contraband into the prison.

Bennett pleaded guilty to four charges, including smuggling drugs and misconduct in public office at a hearing at Aylesbury Crown Court.

She also admitted smuggling zombie drug spice into the jail.

The court heard the offences all took place between January 1 and June 2 2017.

Thames Valley Police launched an investigation into Bennett and discovered she also tipped off inmates ahead of planned raids on their cells searching for either drugs or mobile phones.

PC Maureen Moore of the Prison Investigation team, said: ‘Bennett knowingly brought drugs into the prison which causes danger and violence to both prisoners and officers alike.

‘Her conduct jeopardised the safe running of the wings.

‘The existence of corruption in prisons will always lead to an issue of order and control.

‘The presence of drugs in prison leads to violence, bullying, debt and prevents prisoners from addressing their substance misuse.

‘Her conduct severely compromised the safety of staff and visitors to the prison. 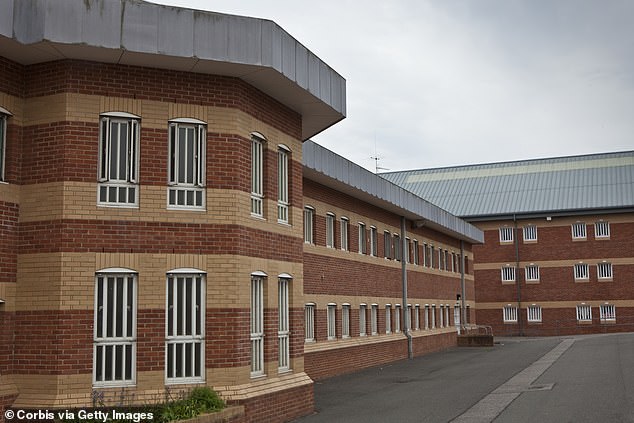 Bennett was accused of severely compromising the safety and security of HMP Aylesbury, pictured. PC Maureen Moore of the Prison Investigation team said: ‘Her conduct jeopardised the safe running of the wings’

‘I hope that this lengthy sentence will act as a deterrent for others who might be engaging in illicit activity within the prison system.

‘A priority area for HMYOI Aylesbury is the management of offenders affected by gangs and violence, and Bennett’s leaking of prison information to gang members jeopardised this work and put vulnerable prisoners and members of staff at risk.’

Prisons Minster Rory Stewart MP, said: ‘Corrupt and criminal activity like this undermines a whole prison and puts our hard-working staff at risk.

‘I am grateful to the police for their efforts to stop her and pleased the court has handed down this significant sentence.’