Female inmates were given the morning-after pill after male prisoners smashed their way into the women’s section using hand-held grinding power tools during a mass jail breakout last month.

The Justice Department has revealed that the pill – used to prevent pregnancy after unprotected sex – was offered to dozens of female prisoners, after denying they had been sexually assaulted during the 12-hour riot in Greenough Regional Prison, north of Perth.

‘If you have got a situation, riotous behaviour, that goes for 10 to 12 hours in a prison under the cover of darkness where males and females are concerned, I think anyone’s imagination might lead them to think that there were things going on,’ he said.

During the riot, a female prisoner contacted Seven News using an office phone while male inmates forced their way in armed with angle grinders and other tools.

‘Some of the girls are scared because you’ve got a whole bunch of aggro men running around,’ she told Seven News. 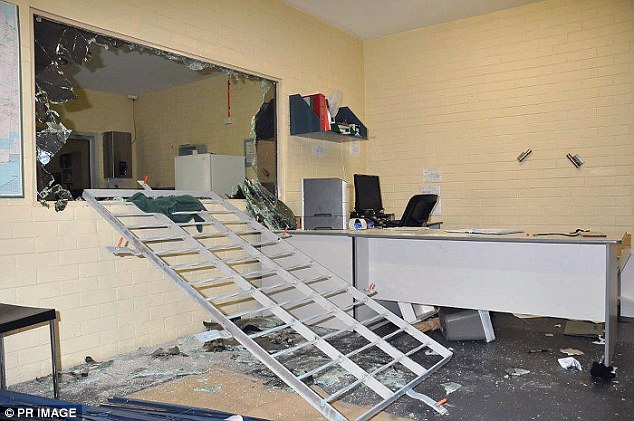 ‘They climbed on to the roof and made their way into the girls’ unit and smashed all the windows and everything.

‘They’re trying to throw bricks through windows and lighting all the couches on fire.’

A male prisoner who interrupted the phone call, attempted to justify the break in,  said he had broken into the women’s block to protect some of the female inmates.

The chaotic riot, which saw ten inmates escape from the prison is the largest jailbreak in Western Australia’s history.

All ten prisoners have been caught and are now facing charges.

The destroyed buildings of the Greenough Regional Prison after the violent riot are suffering from millions of dollars in damages. 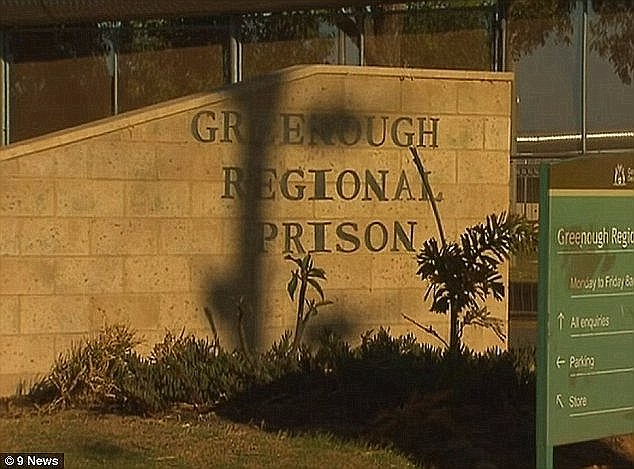 The 12-hour riot at the Greenough Regional Prison is the largest jail break in WA history.