A female hotelier dubbed ‘Basil Fawlty’ has been detained by police for the second time in days, this time on suspicion of arson.

Shirley Bothroyd, 59, has been filmed being apprehended by police after they were called to the incident at the Bay Hotel in Teignmouth, Devon, on Wednesday morning.

It came less than a week after she was pictured being dragged from her £1.5million hotel by police last Thursday evening.

Shirley Bothroyd, 59, was arrested outside the Bay Hotel in Teignmouth in the early hours of Wednesday morning after a fire 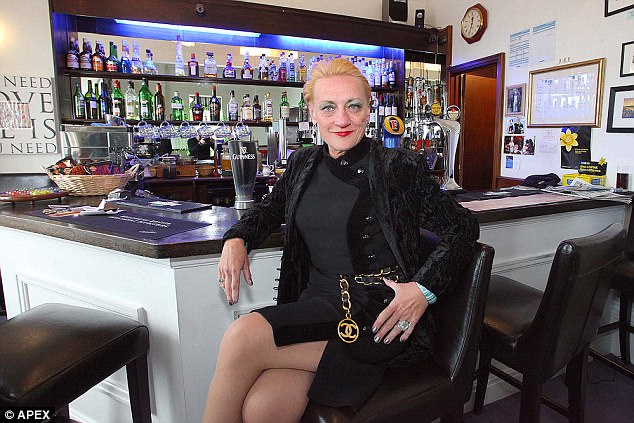 A witness to the latest incident said: ‘There was a small fire at a property in South View opposite the Bay Hotel.

‘Shirley had been at the property numerous times during the afternoon hurling abuse at residents.

‘She was arrested from the Bay Hotel later in the evening.’

A spokesman for Devon and Cornwall Police said on Wednesday: ‘Police notified of a suspicious fire at a block of flats in South View, Teignmouth, which happened between 00.15am and 00.30am on Wednesday 23 August. 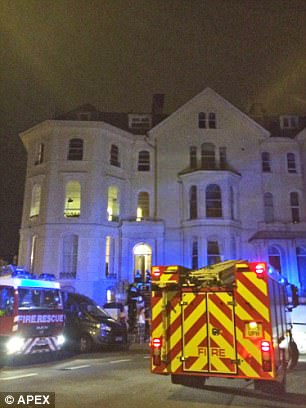 ‘A burning envelope had been pushed through the letterbox of one of the flats, causing a small fire in the hallway.

‘The fire was quickly extinguished by fire service.

‘A 59-year-old woman from Teignmouth has been arrested on suspicious of arson with intent to endanger life.

‘She remains in custody in Torquay.’

A door was damaged in the fire, according to police, and it is being treated as arson.

Last week, a witness was staying in an apartment opposite the Bay Hotel when she saw a large police presence outside.

She said: ‘There was police outside and rubbish everywhere.

‘People were complaining she was throwing glass bottles outside the door and food trays.

‘She was emptying out the big bins and splitting them open for the seagulls I believe.

‘She was shouting at people and telling them it was nothing to do with them.

‘The police were there and she refused to leave or open the door to them. 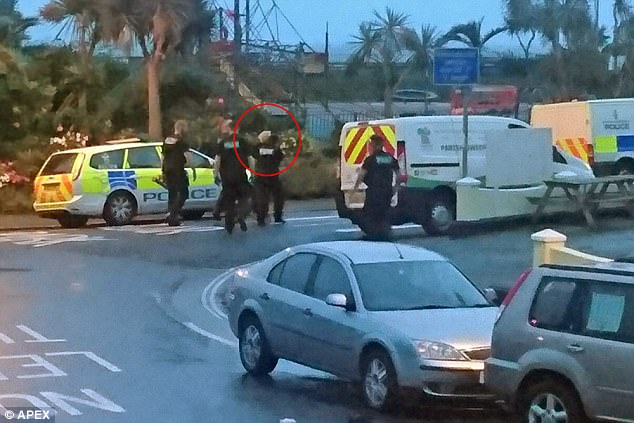 A female hotelier dubbed ‘Basil Fawlty’ has been detained by police for the second time in days, this time on suspicion of arson. Above, the first arrest last week

‘It was about three hours later they broke the door in and arrested her and took her away in handcuffs.’

Ms Bothroyd is well known for running the hotel dubbed Devon’s real-life Fawlty Towers and was due to stand trial in October charged with seven assaults and a number of other offences.

Last week after an hour-long hearing to fix a trial date Torbay magistrates remanded the former barrister on unconditional bail.

Bothroyd, 59, denied all of the charges and will appear at Newton Abbot magistrates’ court on October 2.

She was charged with one common assault; four assaults by beating; two assaults on police officers; one use of threatening behaviour and failing to answer bail or surrender to police. She denies all of the charges. 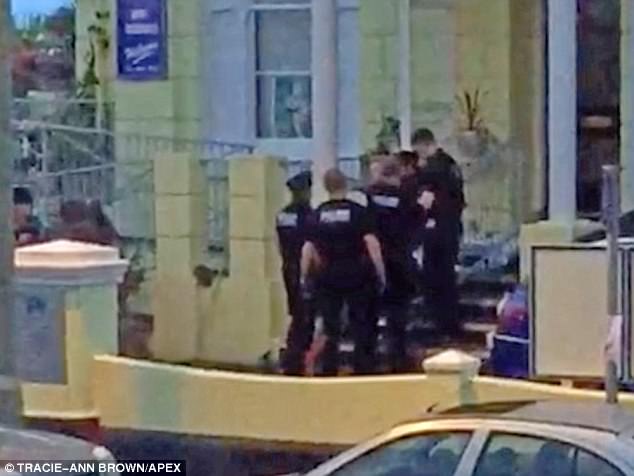 Pictures emerged of five police officers dragging her out of her £1.5million hotel last Thursday evening 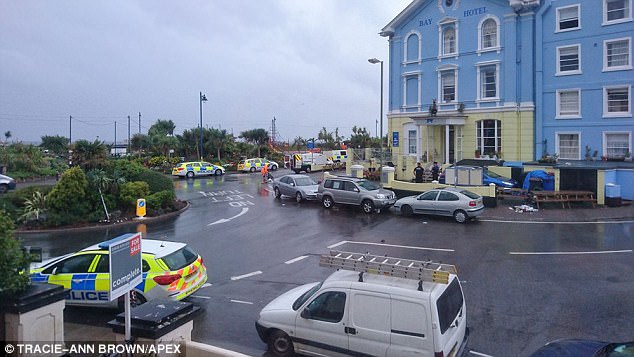 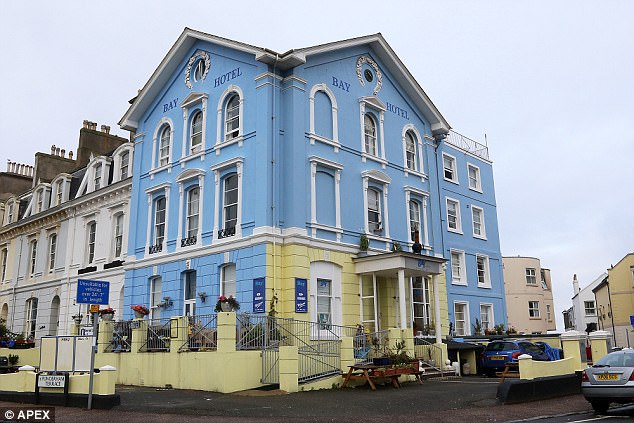 Her court appearance came on the same day she was served with a notice by Teignbridge District Council revoking her premises licence for the Bay Hotel.

In court she gave her address as ‘The Penthouse’ at the Bay Hotel.

Police had applied to the council to have the licence revoked, claiming according to a report to its licensing sub-committee that there were concerns over whether the premises were a safe and suitable place to be supplying alcohol.

Police said the premises did not promote three of the licensing objectives, the prevention of crime and disorder, public safety and/or protection of children from harm.

The call to revoke the licence was backed by Health and Safety and fire officers.

Firefighters said they had been called to the hotel a number of times.

At one stage the fire service received three calls in a week to the seafront hotel, one of which was a fire in which destroyed the penthouse bedroom.

The former barrister Bothroyd came to public attention when one of her guests told TripAdvisor: ‘Basil Fawlty is the perfect host compared to this place.’