High summer heat is believed to have claimed the life of another Death Valley National Park tourist.

The National Park Service said the female tourist, who is not being named, was reported as being non-responsive to authorities at 6pm on August 27.

She died before the emergency responders were able to arrive at the location south of Badwater Basin in California’s Death Valley National Park.

The cause of death is being investigated by Inyo County authorities are still investigating the cause of her death.

A female tourist was reported non-responsive on August 27 at 6pm, but died before authorities were able to reach her location south of Badwater Basin 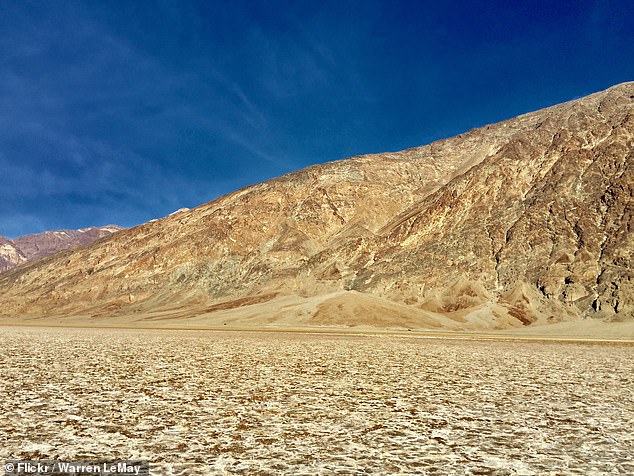 Authorities are still investigating cause of death, but park officials noted that temperatures have been reaching above 120 degrees in Death Valley (pictured) lately

However, the Park Service noted that Death Valley has been having temperatures above 120 degrees.

Summer visitors are urged to drink at least one gallon of water per day and watch for trouble signs including dizziness, nausea and headaches.

The woman was the second person to have died in three days in the Mojave Desert park, where two of the most common reasons for emergency responses are single-vehicle accidents and heat illnesses.

The first fatality was a woman who was involved in a single-vehicle accident on CA-190 in the national park, according to California Highway Patrol.

Her car had smashed up against a rock wall, 8 News Now reported.